Ken is the product of a severely broken home and a freshman at a local college. He struggles with his sexuality, suspecting he’s bisexual because girls sure turn him on, but so do guys.

Joel is the victim of an abusive childhood. Rescued off the streets by Dio, a wounded war veteran, he’s grown. He’s confident he's gay, but he's confused after he meets Danielle and Ken.

Danielle is a confident young woman who has a number of sexual fantasies that include bedding two sexy guys. She winds up with both Ken and Joel, but moves away after the first year of college.

Confused over his love for both Joel and Danielle, Ken grows depressed when he hears Danielle is moving back. With the weight of the world on his shoulders and confusion over whom to love, will he be able to overcome the past to build a future with them both? 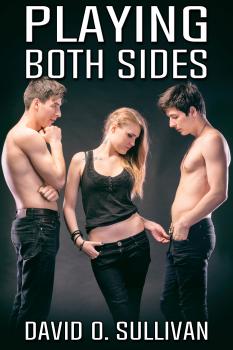 Inside, Danielle pointed to the balcony stairs past the closed sign. The guys carried her to the front row. The balcony curved, and they spied the hundred or so students below.

Ken moaned. “Freshman English is only tolerable because you two are there. The instructor is so dry. I had an English teacher in high school who was cool, lively. You wanted to learn, and he made it fun.”

Joel nodded. “Yeah. I do want to learn. I get more from the book than him.” He licked his lips as he eyed Ken.

Danielle smiled at their interaction and wondered how much gayness the guys possessed and if they’d done it with each other. They sat with Danielle between them. The movie opened with a young woman in a small boat on a Greek bay. Danielle sung along with “I Have A Dream.” She sighed, feeling like a princess with a knight on each side.

Ken and Joel leaned forward and traded glances. Danielle held their hands in her lap, letting them touch. As the movie ran, she always had some contact with them, alternating from hands, to arms, to dropping a head against shoulders.

Ken whispered, “This is a fun movie. Thanks.” He leaned his head into her.

She took their hands and clasped them together in her lap. She smirked at each of them. “Aren’t all the characters so sexy? And Sky, the male lead, I want him.” Danielle held her breath and turned Ken’s head toward her. She kissed him as she closed her eyes. Ken held her shoulder. She smiled. “Am I being too forward?”

Ken shook his head. “You have more courage than I do. I always wonder what I should or shouldn’t do.”

“Silly, it’s not about should. It’s about want,” Danielle said. He pulled her close for another kiss. She leaned toward him. “Ken, would you be mad if I kissed Joel?” She shrugged, afraid of offending Ken. “Be honest.” She wondered again if they had kissed or done more.

“No. Maybe it would be neat.” He bit his lip. She touched her finger to it and kissed.

She turned toward Joel and caught him staring at them. She moved at half speed and leaned in, kissing him. “You’re so sexy.” She ran her palm over his cheek.

He smiled. “Thank you, but if you haven’t figured it out, I’m gay.”

“I know that, plus you have the hots for Ken. You’re still sexy.” She took another kiss, holding it longer. He wrapped his arms around her, kissing with emphasis. Danielle reached back to find Ken’s hand, excited at a fantasy coming true, kissing two boys in the balcony. She’d had an obsession with theater balconies since childhood.

Ken pecked her neck as she kissed Joel. The movie played on. Ken dropped a hand on Joel’s knee. She covered it with her hand as her heart pounded and pussy dampened.

Joel’s eyes locked on her before shifting to Ken.

Danielle stood, pushed Ken into her seat, and sat on his lap. She stretched her legs onto Joel and giggled to herself.

Dear Diary, guess what I did tonight with two cute, sexy boys?

Ken cupped a breast. He whispered to Joel, “You do the other one.”

Joel scrunched his face like he was being told to touch a hot stove.

His hand floated to her tit, following its contour.

Danielle wiggled on Ken’s lap. She pulled their heads together. “Have you two made love to each other?”

Danielle hugged them and took a breath in. “I just realized, you guys are wearing the same cologne? Oh, my God, that is so sexy.”

The movie ended, and the lights came on.

Danielle cooed, “Thank you. It was a fantasy to do that, make out in the balcony with two hot guys.”

They walked out and stopped at Joel’s bicycle. All seemed at an awkward stage.

“Thank you, Danielle. I really enjoyed the movie.” Ken smiled.

Joel unlocked his bike. “Thanks for letting me come with you. I’d like to do that again.” His face flushed in the night lighting. They laughed.

“Do you mean the movie again or the balcony event?” Danielle squinted her eyes, noticing the moisture in her groin. She pushed into Ken. “I want to see your dorm room. Can we all go there?” 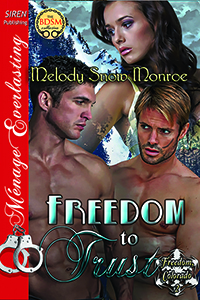 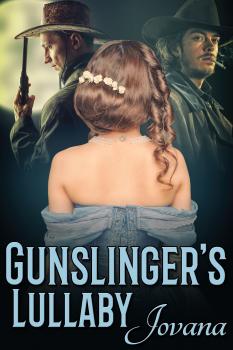