Shy, soft-spoken clarinet player Thad Archer tours Europe over spring break with his college marching band. He's lonely so far from home and everything he's ever known, but at least he has his friends -- Mark, Peter, Seth, and Jamie. Thad has had a secret crush on sexy drummer Jamie McIntosh since they met but has never managed to pluck up the courage to confess his feelings. Could Jamie be as lonely and homesick as Thad?

Confident and cocky, Jamie is Thad's opposite in every way, but something about his quiet friend sets his heart aflutter. Unfortunately, Thad's deep in the closet, while Jamie is much more secure in his sexuality. Jamie doesn't want to rush Thad into anything he isn't ready for, but hopefully at some point in their friendship, they can move toward something more.

But any romantic hopes the pair have are frustrated by Mark, the band's drum major, who has his sights set on bedding trombonist Seth, or flutist Peter, or anyone, really. He isn't too picky. If he can't get into the pants of his straight friends, he'll settle for whoever he can get. Thad? Jamie?

The band will be flying back to the States in a couple of days. Thad knows once they're home, he'll have missed his chance with Jamie. Can he be satisfied just being friends? Or has Mark conducted his way between them? 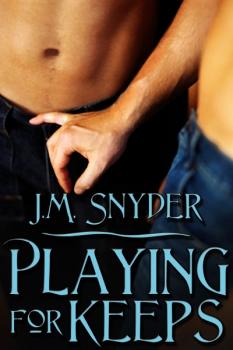 Jamie’s a freshman, too, same as Thad. He lives down the other end of the hallway from Thad on the same floor of the same dorm. Quick to laugh, he has careless hair he can’t seem to tame and an infectious smile he shares with Thad every time their paths cross, be it at band practice or in the dorm. He said hi first, three days after Thad moved onto campus. It was the Sunday before classes started and Thad was in the bathroom, using the urinal and praying he could finish peeing before anyone else came in. After growing up an only child, sharing a hallway with twenty other guys was a bit intimidating.

The bathroom door opened and Thad jumped. “Hey, man,” the kid said with a casual wave. He ran the hand through his hair, pushing it back from his face. “I’m Jamie, room 403. What number are you?”

“What?” Thad choked. He started to turn toward Jamie, then remembered his unzipped pants and hurriedly hunched his shoulder to the wall, blocking the view. As if Jamie might be interested in stealing a peek. “Thad. Other end of the hall. Four-something.”

His mind refused to work. In the quick glimpse he had of Jamie, his heart stuttered to a stop and his cock stiffened in his hand. Almost perversely, his bladder finally decided to let loose at the same time.

“We’re all four-something,” Jamie said with a laugh, right behind Thad now.

God, you’re hot, Thad thought. His dick twitched and he prayed Jamie didn’t have to take a piss. The last thing he wanted was to be seen sporting wood in the bathroom of a boys’ dormitory.

“Four-eighteen,” Thad said. That sounded right. Part of him wanted to holler, Stop talking to me! while the rest of him never wanted the conversation to end.

Finished peeing, Thad flushed the urinal and tucked himself in his pants before turning to the sink. Jamie leaned against the counter, watching him. Watching. Hell. Thad hugged the wall as he approached to wash his hands. “Peter, yeah. You know him?”

Thad scrubbed his hands furiously to avoid staring at the sexy guy beside him. After a long moment, he realized Jamie was waiting for an answer. “Um, yeah. Clarinet? It’s, um ...”

Jamie grinned. “I’ve heard of it. Are you marching, also?”

Thad could only nod. Marching, yes, right back to his room and locking the door to jerk off as he imagined this meeting ending with the two of them in his bed.

Yeah, Jamie. Thad swallows the rest of his soda as he watches the way his friend moves on the dance floor. Here Thad is just another pair of eyes, anonymous in the crowd. There’s no chance Jamie will look over and guess the sordid thoughts racing through Thad’s mind. Jamie’s dark, wayward curls wink in the light refracted from the disco balls, and his body moves like seaweed in water, that graceful. One moment his shirt pulls taut across his thin chest; the next, his jeans hug his butt. If Thad closes his eyes, Jamie still dances in his mind.

It makes his heart ache.

I love him, he thinks. Jamie dances in the mirror, lost in the mindless rhythm of the club, blissfully unaware of the turmoil his moves cause in Thad’s loins. It’s that simple, I love him, I want him, I need him. As a friend, yes, but God, as so much more.

And what in the world am I supposed to do about it?

The answer is clear -- nothing.

His parents don’t know he’s gay. No one back home does. Thad thought college would be freer, more liberating, but so far he hasn’t gathered up the courage to come out to anyone. The six months he’s lived down the hall from Jamie have been delightful torture. Friendship grew between them but nothing else, and no matter how Thad tries to imagine making a move toward something more, he can’t. He doesn’t want to lose what little he already has.

Besides, what would his friends say? Peter Davis, his roommate? The other guys on the hall? Peter’s brother Seth, who plays trombone, or Mark, the drum major? Or anyone in the band?

No. He can’t take the chance. Even here, thousands of miles away from his real life, he doesn’t dare reinvent himself.

He takes another sip of his soda and winces at the taste. He wants to go home now.