Dryden Lundwurm is getting tired of his life behind a desk at Naga Industries. He needs a break, so he decides to take a few days for himself and go hiking in the Colorado back country. Things don’t go as planned when he stumbles on a ghost town controlled by the Tiger clan, a group of tiger shifter ninjas out to gain enough power to steal control of the world from Dryden’s family. When the tigers’ magic leaves Dryden stuck in human form, he is forced to work in the mine they control. He never anticipated finding love in the form of Geir Liefson, a bear shifter who has been working the mine for months. Dryden must find a way to break the tigers’ magic so he can free himself and Geir before they are both worked to death—or before the mine runs out and the tigers kill them and the other shifters trapped there. 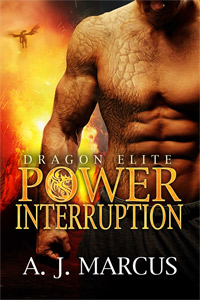 Dryden Lundwurm stared at the man sitting across the desk from him. He was doing his best not to fry him. It would be relatively easy. He could just summon up a spark in his throat and exhale a long plume of gas from his stomach, which would ignite and turn the irritating turd into a pile of steaming ash in a few seconds. The problem was he’d then have to call Arach to get the mess cleaned up and replace the chair, and he didn’t want to do that. His life would be a lot easier if he didn’t have to explain to his father why he’d lost his patience with yet another ambassador. The simpering humans really had no idea who or what they were dealing with when they came to Naga Industries.

The Lundwurm family were dragons who controlled most of the world’s leaders like the flesh puppets they really were. It had been a lot harder back in time when leaders had a certain level of dignity, when they couldn’t be bought like cheap bags of chips and consumed just as easily.

“I don’t understand why we can’t get the votes to open up the entire artic for drilling and mining,” the rotund man continued as he had for the past half an hour. “We need the resources, and just because we’d be killing a few polar bears and having to move a couple of native tribes, it shouldn’t be a problem. I’ve been assured that you can use your influences to make this happen.”

Dryden wished he could explain how the man was asking for one of the few things his family wasn’t prepared to exploit. Environmental issues were a tricky thing, and they were all the time trying to make sure they didn’t upset the balance of things. Even with the careful manipulation they performed, sometimes they weren’t fast enough to stop a developing country from passing laws that were detrimental to the environment. They’d just managed to get enough laws passed to undo a lot of the damage caused by the early development of the United States when a new crop of politicians came along, and this group had their own money and their own interests, or so it appeared. His father was still working out who was really manipulating them down their destructive path.

“Look. I’ll see what I can do. I can’t promise anything. The atmosphere in Washington is rather toxic right now and—”

The little man stood. “I’m sorry for wasting your time, Mr. Lundwurm. I have other contacts who are a little more progressive.”

Dryden didn’t bother trying to stop the man. He sat silently cheering his stormy exit. When the man entered the elevator, Dryden touched the button on his phone that would ring the front desk.

“My two thirty is on his way down,” Dryden said sourly. “Please make sure the door doesn’t hit him in the ass on the way out.”

“My, that might be a record for you,” Arach said. “It’s only two thirty-eight.”

“He was rather disagreeable.” Dryden looked for his calendar, but his desk was so cluttered he couldn’t spot it easily. “Do I have anyone else to see today?”

“Give me a moment, I don’t keep all the Naga Industries schedules in my ample gray matter.” There was the sound of Arach typing. “Would you like me to call a cab?” he asked in a slightly muffled voice.

Dryden tried to hear the reply but couldn’t make it out.

“You do have a way with people, Dryden,” Arach said more loudly. “As it turns out, that was your last appointment.”

“Good.” Dryden stretched. He’d been cooped up at corporate headquarters for too long, dealing with people—human and otherwise—he’d rather not ever see again. “Is the mountain cabin occupied right now?”

“I am sorry to say that Draeke and his new boy toy are there right now. You know I could really use the help, even if Calvin isn’t the sharpest tack in the box.”

Dryden had only met his brother’s latest infatuation once, in the elevator before they’d become a thing. He never understood how some of his family could be fascinated by humans. They were very short lived compared to dragons. He’d always been more interested in either other dragons, or other shifters. But Draeke seemed to be happy the last time Dryden had talked to him, even talked about finding a way to extend Calvin’s lifespan. That quest alone would keep them out of the office for months, if not longer. But the fact they were currently at the cabin he’d hoped to escape to irritated Dryden.

“Do me a favor and clear my schedule for the next week.” Even with Draeke out of the office, there were still enough of the family in the office to keep track of things, unless a nuclear war broke out and they had to scramble to keep the world safe.

“You don’t have anything for the next two weeks,” Arach replied. “I’ll see it stays that way and inform your father that you’re going to be where?” He put an emphasis on the final word, as if probing for information that Dryden wasn’t sure he even knew yet.

“In the mountains. There’s plenty of space for me to disappear into. I need some down time.” Dryden hadn’t planned anything until that very second, but just vanishing into the mountains sounded good to him. It had been a long time since he’d just run away for a few days, and always before he’d let his father know where he was going. It felt rebellious and fun. He stood and headed for the elevator. He didn’t bother disconnecting his call from the front desk. 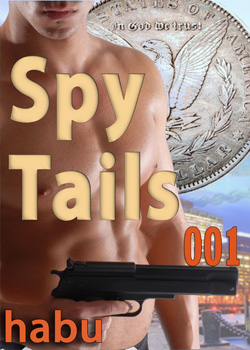 Absolutely Anything
Suede Delray
In Shelf
$4.99

Our Own Story
Lynn Michaels
In Shelf
$4.99