Chemistry major Kelly Hendrick has lusted after his analytical chemistry professor Simon Randall for a several semesters. They share common interests in reading, fencing, and, of course, their chosen career field.

Now several semesters past being Dr. Randall's student, Kelly finally dares to cross the line and pursue his attraction to the professor. He finds the feeling reciprocated, but there are deep, more than human secrets in Kelly's life.

An assault on Simon forces Kelly to confront the idea that Simon needs to know more if they’re going to be together. Can Kelly own up to non-human genetics and still maintain his growing relationship with Simon?

After an hour and a half, fencing team members began drift out, until Simon was facing Kelly again, and the only other person present was Scott, the coach.

“Hey, Randall, I’m gonna bail. Can you make sure the door gets locked?” asked Scott.

“If you’re in hurry to get home, we can skip this,” offered Kelly.

“No hurry. All my grades are finally done, and the only thing that’s waiting for me is a freezer full of microwave meals and the second half of a Heinlein book,” said Simon truthfully. It probably sounded lame, but going home to an empty house held little appeal, when he could be down here working up a sweat and poking someone with three feet of steel.

“Heinlein? I’ve read few of his.” Kelly saluted and they started. Aggression was only intermittent, and they stopped keeping score after the first few points, settling into a discussion of the author while they continued the bout.

After an unsuccessful fleche, Kelly limped to a halt. “Oh, Jesus God! Time out,” he gasped through clenched teeth, yanking off his mask. “I’ve got a quad cramp.”

Simon watched him walk in a small circle trying to ease the knotted muscle.

“Lay on your stomach; I’ll help you stretch it out,” said Simon. Kelly dropped his blade and mask to the floor and lay down on his belly. Simon ditched his own gear and grabbed hold of Kelly’s ankle and applied some steady pressure folding his foot up toward his butt to stretch out the cramped quadriceps. “Tell me if I’m pushing too hard.”

After a couple of minutes, Simon felt less resistance and slowly let go. The sight of the firm curve of Kelly’s ass inches from his hand was sending suggestions to his cock. There were certain mixed blessings to wearing a cup to fence. For one, it would hide the fact he was getting turned on by being this close.

“Roll over,” Simon ordered. When Kelly did so, Simon straddled his knee and dug his thumbs into the front the younger man’s leg, massaging the front of Kelly’s thigh. “Gonna feed you bananas. This is the third time you’ve cramped up this month,” said Simon. Kelly gave him a one raised eyebrow look of confusion. “Bananas for potassium. Helps prevent muscle cramps.”

“And here I thought that was some really strange metaphor for oral sex,” said Kelly with a smirk. “I ...” Simon couldn’t think of a response. Then he didn’t have to. Kelly’s hand fisted carefully in the front of his jacket and pulled him down into a very tentative kiss. 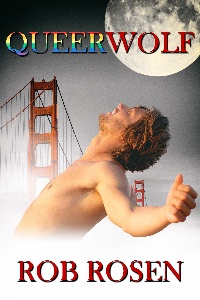