Elizabeth Lawrence, a member of an old-money Boston family, chafes under her father's autocratic demands that she help her brother manage the family's investment firm. Her darkest needs clash with the role she's required to play, until the night she throws away restraint, enjoying rough sex with a stranger named "Dick" in the family's private box at Symphony Hall.

Though she had insisted the night would be a one-time deal, afterwards Elizabeth longs for Dick. It takes two more visits to the symphony before she encounters him again. The sex in her private box, this time strongly flavored with discipline, unearths memories of a wrecked relationship she has yet to put behind her.

The following day, Dick, who claims his name is Stephen Landsman, shows up at Elizabeth's office with an intriguing proposal-that she manage his wealth. For every profitable month, he will reward her; for every non-profitable month, he will punish her. Smitten, she agrees. They embark on a sexual journey, enjoying a variety of public escapades, nearly all of which involve dominance on Stephen's part, as well as intimate, hurts-so-good pain and anal sex. Elizabeth finds their encounters more and more arousing, thus binding her to him as their relationship deepens. But they have one final fantasy to play out that doesn't end the way they both assumed it would.

Private Box, about a woman who grows into her true self while putting the past behind her, explores a world of hidden sexual needs, resolving them in the most public way possible.

Leaning toward him, she murmured, "Here's how it's going to happen. We'll sit and watch the orchestra perform Beethoven's Fifth. You are free to touch me below the waist, as I am with you. No one will be able to see anything as long as touching is limited to our lower halves. Remove my clothing, if you can do so without attracting attention.

"At some point, we'll fuck back there-" she pointed to an area in shadow, where a dark curtain hung, "-where we'll be free to do whatever we wish, as long as we're quiet. You're not a shouter, are you?"

When he shook his head, she continued. "No one will be able to see us, and we won't be able to see anyone, including the musicians, though of course we will hear them. I don't care how many times you make me come, or how many times you come, as long as we're fucking when the third movement crescendos into the fourth, because I want to come at that precise moment, with you inside me. Do you know what I'm talking about? You're familiar with the Fifth?"

Well, in actuality, she cared for it quite a lot. But he didn't need to know that.

"Three, no talking once you agree to these rules. Do you?" she said.

His only answer was a smile, his hand already on her knee. She settled back in her seat, closing her eyes. When the music began, she let her fingers wander to his crotch while his slid under her dress. She 'd worn thigh-high stockings and the briefest of thongs, so he would have no difficulty accessing her pussy.

Though he didn't try to, not at first. He skimmed his fingertips up and down her inner thighs until she slumped in her seat, legs akimbo and trembling with anticipation. The first movement came and went, and he was still caressing her legs. By then, she'd progressed to unzipping his trousers to pull out his cock.

He was cut, with a lovely shape and size that her hand loved. She opened one eye to peek at it, and caught him staring at her.

At that moment, he moved his fingers to her pussy, raising his eyebrows when he felt smooth hairlessness. She preferred to shave her entire genital area. The nakedness, as well as the idea of the nakedness, aroused her. Plus, it served as one more private rebellion against her white-bread background.

She played her fingers over the head of his cock, teasing the hole, and was rewarded with a bit of moisture. Meanwhile, he had pulled aside the thin gusset of her thong, exploring her cunt for wetness before sliding his fingers toward her clit. She bit down on her impulse to gasp, affecting what she hoped was a neutral expression.

Bringing his lips to her ear, he broke the no-talking rule. "Are you sure you're the one in charge here?"

She opened her mouth to scold him for rule-breaking, but he chose that moment to bite the nape of her neck, his fingers vibrating against her clit. She arched her back, gasping her way through her first orgasm with him, even as the sting of his teeth lingered.

By the time her pleasure faded, she'd forgotten about rules 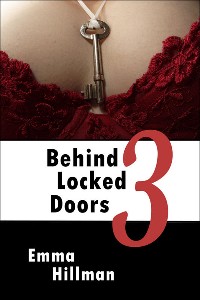