For Megan life boils down to choices. She chooses to have an affair—but when a blackmailer presents her with photos and videos of her affair and threatens to tell her husband, Megan has a new set of choices she must make. Will she defy the blackmailer and see her trusting husband learn of her cheating or will she do whatever it takes to satisfy her black tormenter? The choices are fewer for Megan, who now has to come up with money in any way she can. 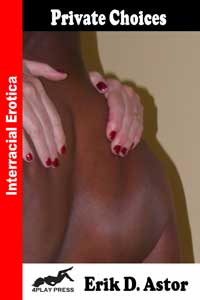