Sixteen-year-old Shane has finally settled into life in the country, with university ambitions, a steady relationship, and a grudging tolerance for dance that is entirely the fault of his boyfriend, Luke.

Then Shane’s father gets his marching orders, and Shane’s time in this new life is put on a countdown. At sixteen, Shane could legally leave but has nowhere to go. And leaving the first real home he’s had in nearly twelve years doesn’t feel any better whether it’s for the wilds of Cornwall or the local housing association.

But in order to stay, Shane is going to have to tell his very conservative, very military family his biggest secrets ... all three of them. 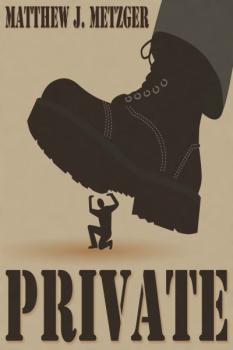 "Come over for nine on Saturday. Anna's got to take Megan swimming."

"And Dad's in London for the week."

"Just shut your face and enjoy it," Luke said.

"Bully," Shane replied, bringing up a foot to lace his boot. They were his old-old army boots, the ones he'd 'forgotten to return' (pinched) ages ago from the Bury base, made out of now incredibly battered black leather. Luke always turned his nose up at them, and did so again at the sight of the damp laces. "Whatever. You get your pointy feet-mutilators, I get boots."

"Ugly tights," Shane said, pointing a finger at them. Luke rolled his eyes but laughed anyway -- until the distinctive coughing rumble of Dad's Land Rover rolled into the car park, and Luke shifted noticeably away. Something twinged in Shane's chest.

"It's okay," Luke said, frowning at him. "You don't have to tell anyone anything until you want to."

Shane grimaced. "I have to tell them something if I'm going to stay."

"Cheers," Shane said, a little sourly, and then the heavy glass doors squeaked and Dad's boots clumped on the carpet.

"There you are," he rumbled, and eyed the trophy cabinet. "A dance studio, Shane?"

"I figured waiting with Luke was warmer than waiting outside," Shane said casually, the lie rolling off his tongue easy as anything.

Luke reddened and scowled. "There's loads of male ballet dancers, and some of the most skilled ballets are choreographed by men. Matthew Bourne transformed the portrayal of Swan Lake, and ..."

"Alright, alright, didn't mean to offend or nothing!" Dad said hastily, holding up his hands.

"Chill, Luke, Dad's from the Dark Ages," Shane said, deliberately keeping his body relaxed. Don't react, and don't overreact either. Don't give anything away.

"Right," Dad said, eyeing Luke from head to toe, then shrugged and clapped Shane on the shoulder. "Get your arse moving, kiddo. We're going over to your nana's for dinner tonight. Aunt Jenny's popped down for a visit."

"Aw, Dad!" Shane whined. Aunt Jenny -- his mother's youngest sister, and the only one of his mother's family they were still in touch with -- always tried way too hard. She'd dyed her hair blue last time he'd seen her, and kept asking Jase if it was 'wicked’."Please say Aunt Nessa came too."

"We're not that lucky, kid, now move it," Dad said, and Shane groaned, hefting himself to his feet.

"Yeah, man, later," Shane tossed over his shoulder, falling into the at-a-distance easiness he'd maintained carefully with every boy except Luke since he was twelve.

"How was school?" Dad asked as they crossed to the Land Rover. It was still grumbling to itself, and Shane slid gratefully into the warmth of the passenger seat. He felt tense -- and a bit sick. He had to tell Dad tonight. He had to, but he didn't know when, because Nana would enthuse about him going off to be a doctor, but that just meant Dad would put a lid on what he really thought and maybe explode when they came home, and...

He swallowed. "Usual," he said.

"Nah," Shane said. "It's the radio test for the newbies. No point."

"Fair enough," Dad said, rolling the car out onto the road and turning away from the town centre. He snickered, and Shane eyed him sideways. "Never thought I'd ever catch you in a dance studio."

"No shit," Dad chuckled. "Never told me your mate did, mind. That's the Devereux kid, ain't it?"

"Bit of a bender, then, is he?" Dad asked. "Your brother mentioned it before, guess he was right."

Shane blinked. Liquid nausea flooded his stomach, red-hot and painful, and a cold sweat prickled into being on his palms. "What?"

"Bit of a bender," Dad repeated, and made a limp-wristed gesture over the steering wheel. "You know, one of them gays."

Shane bristled, and ground his teeth. "Doesn't matter if he is," he said finally.

"Relax, kid, I'm not having a go at your mate," Dad snorted. "Just didn't figure you'd get on with one of them fluffy pouf types."

Shane swallowed hard. His fingers were shaking, and he curled them into his palms. "He's a good friend," he said numbly.

"Sure he is," Dad said. "Least you know he's not going to be going after your girl, eh? She dance there too?"

"Yeah," Shane said. "Not today, though. She's twisted her ankle."

"Turned out to impress her for nowt, then?" Dad asked, then clucked his tongue. "Better luck next time, kiddo, but don't let her get used to it or you'll be stuck in that studio from now 'til kingdom come."

Shane turned to stare out of the window, biting his lip. He couldn't tell him. He couldn't, Dad would think he was 'one of them fluffy pouf types' and he wasn't, he was just Shane and he liked boys and he loved Luke and that was it, but Dad ...

"Just watch you lock the bathroom door when you go at the Devereux house, eh kid?" Dad chuckled -- and Shane's mouth engaged before his brain was in gear.

"I have to tell you something," he blurted out.

And then his brain stalled, the nausea flooded outwards from his stomach -- and he threw up in the footwell.