Caress Galveston has her work cut out for her. The one man she wants above all others is playing hard to get. He admits they’re mates, yet he won’t take the step to make her his. If only he could see past all the women chasing him, he might decide their nine year age difference doesn’t matter and she is worth the leap.

Ford Giovanni is a changed man. The moment he set eyes on the most headstrong wolf he ever met, no other woman would do. But with his past lovers still trailing after him, the problem will be convincing her of his faithfulness. And he won’t mark her as his until he does.

Deep in the Black Hills, Caress drove along the last stretch of US 385 before the turn to Los Lobos. Because of the dark, moonless night, she used the SUV’s high beams so she wouldn’t have to rely solely on her lupine eyesight to spot a deer leaping across the road. The thought had her easing off the gas pedal. God, if I hit a deer with Ravage’s truck, he’ll have a fit.

She was tired, but in a good way. She and her best friend, Myanna, headed home after a fun day of shopping, mani pedis, much needed waxing, and a late-night chick flick in Rapid City. She held her hand over her mouth to cover a yawn.

A car came up fast behind them, riding their bumper. Turning the radio off, Caress squinted against the vibrant glare of high-beam lights in the rearview mirror. Whoever was behind them laid on the horn, the sound hurting her hypersensitive ears.

Myanna twisted around to look out the rear window. “Who is that?”

“No idea. Probably some drunk in a hurry to kill himself on these twisty roads.” She took her foot off the gas and slowed so the guy could pass, but he just kept riding her ass. Idiot.

The Ford F150—easy to see in her rearview mirror with the damn logo lit up by her taillights—tagged her rear bumper.

Surprise shot through Caress, and she gripped the wheel. “What the f—?”
The truck rammed her again, shoving their car hard. Instinctually, Caress hit the brakes, but the SUV fishtailed. 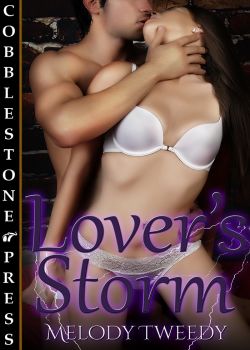