Twelve years ago, Max Harman survived a vicious attack by his ex-lover Tony. It severed their relationship and landed Tony in prison.

When Tony’s released from jail, Max’s nephew Jack fears the man may seek revenge on his uncle. Wanting to buy a gun for protection, he visits Deacon Young's shop. Deacon convinces him to bring Max by to do the same. Despite his misgivings, Max gets a gun for security, too.

When Jack’s fears prove to be correct and Tony starts to stalk Max, Deacon steps in to try to protect him. Can Max's growing interest in Deacon -- and vice versa -- survive Tony's escalating reign of terror?

The man behind the counter, who Max presumed was Deacon, was busy with a customer when Max and Jack arrived. He studied him for a moment. Not quite what I expected. I figured he'd be rough and tough, like hunters in ads I've seen. Sort of a redneck. He looks more like a commando with that short haircut. He was surprised when he realized the man was close to his age, from the look of him. Though why I figured he'd be closer to fifty than forty is beyond me. Pulling his attention away from the man, Max looked around. He resisted shuddering at the number and types of guns he saw -- on the walls and in two display cases.

"Who knew there were so many ... styles?" he murmured to Jack, getting a brief grin and a nod in return. "Which did you get?"

"Do you have it with you?" Max was very certain he didn't like the idea that Jack might.

"Yes." Jack took the gun, in its holster, from his jacket pocket.

"It's small." Max frowned. "Don't you need a license to carry that?"

"Not in this state," Deacon said, coming over to them. "He passed the background check, which is all he needed to do. I'm Deacon, by the way. You must be Max. It's good to meet you."

"Thanks. You, too, I guess." Max replied wryly.

"Not so sure you want to be here?"

"Definitely sure I don't, but Jack convinced me I should at least talk to you."

"He told me what's going on," Deacon said. "He's pretty certain Tony might come after you. Do you agree?"

"I think it's possible. Not probable, but possible. If nothing else, he could threaten that he will."

Max nodded, glancing at Jack. "We haven't talked about that, but I have considered the possibility. I do have a restraining order against him."

"Not to burst your bubble on that," Deacon replied, "But they're usually not worth the paper they're written on if the stalker is dedicated to making the victim's life miserable, or taking it beyond that to a violent confrontation. From what Jack told me, Tony has no problem with that."

"No. But he was drunk when it happened."

"Is he an alcoholic?" Deacon asked.

"A friend of mine called him a situational alcoholic. When the situation arises and he starts to drink, he doesn't stop. He never drank at home, if that tells you anything."

"That he didn't want to lose his meal-ticket," Jack muttered.

"Okay," Deacon said. "So we have a man with a drinking problem, who has most likely spent his time in prison thinking about how he can pay you back for his being there. Maybe he won't head to the local bar the second he gets out. Maybe he'll find a place to stay, even look for a job, and try to settle down and become a productive member of society again. But --" Deacon looked hard at Max "-- I wouldn't count on it."

"So, you might be safe when you're at home, since, according to Jack you've got a very good security system. But I don't think you want to spend the rest of your life holed up in there."

"I can't. Among other things, I have a business to run that requires my visiting clients from time to time."

"Exactly. So, be proactive. Get a gun, a small one like Jack has, then learn how to use it. You might never have to, but it's better to be safe than dead."

"That's a fairly good argument for getting one." Max rubbed his temples. "All right. What do I have to do?"

Deacon chuckled. "Buy one, for starters." He took Max through the same process that he had with Jack the previous night, ending up in the shooting range.

Much to Max's surprise, and more than a bit of dismay, he seemed to have a good eye and a steady hand when it came to hitting the targets. Deacon worked with both Max and Jack, with brief breaks on his part to deal with two customers who came into the shop. By the end of the night, Max felt reasonably confident he could hit what he was aiming at -- if not lethally, at least to stop the person.

But can I really shoot Tony? He did mean something to me, before the end. I loved him, once. If I have to look him in the eye and then pull the trigger, will I be able to? I guess time will tell, but please, God, don't put me in the position where I'll have to find out. 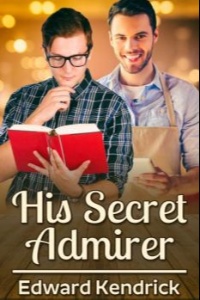 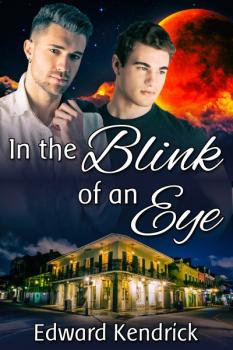 Kent and the Dangerous Man (MM)
Edward Kendrick
In Shelf
$3.99