Sex, intrigue, brutality, passion, and love combine in the story of Radu and Sultan Mehmet the Second who held the young Wallachian hostage in high esteem both for the youth’s intellect and for his handsomeness, the latter particularly appealing given the Ottoman sultan’s sexual proclivities. Because of the hostage’s attractive looks and light coloring, the palace’s occupants−nobles, soldiers and servants alike−referred to the hostage as “Radu the Fair,” an epithet the youth resented and which motivated his later achievements as a sadistic military commander and provincial official.

In spite of initial disinterest in−even revulsion for−the sultan’s seductions, Radu soon succumbed and joined Mehmet in orgiastic romps. The sexually initiated hostage became a regular bedmate for the potentate, a position ultimately terminated by both parties as Radu matured, grew a full beard, and lost interest in the subservience required by the sultan. Radu was rewarded for military victories with the appointment as Governor of Wallachia, in which province the former hostage, fully habituated to the sexual pleasures introduced by the sultan, sought other partners for his carnal exploits.

The arrival of a young and attractive seer. A curly-haired blonde from the Grecian Isles named Ambrogio who was convinced to join Radu in sexual frolics with a pair of Serbian wrestlers. Ambrogio’s curious history, a lengthy narrative inconsistent his youthful experience, as well as the strange behavior of the wrestlers after entering the seer’s service, troubled Radu. His apprehensions increased when, after a night of passion with Ambrogio the seer announced his departure to care for an ill former mentor in eastern Anatolia. Missing Ambrogio, Radu became distressed and was dismayed to learn of a violent revolt in Anatolia and stories of villagers killed by exsanguination and determined to reunite with the attractive young man with whom he had fallen in love. 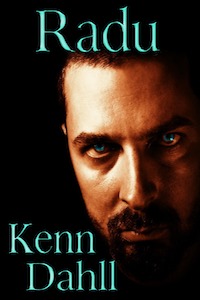