Photojournalist, Raiden Collins is taking a forced vacation in Naples, Italy, using the time to rediscover his creativity and explore the ancient volcano and surrounding area. Nothing in the long list of experiences of his past prepares Raiden for a chance encounter on the summit of Mount Vesuvius with his ex-boyfriend, Army medic Staff Sergeant Shane Jefferson. Sparks fly and Raiden must decide if love is enough the second time around in the face of an erupting volcano. 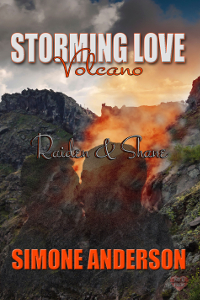 "Damn it Ed, I said no!" Raiden Collins shouted into the phone, unzipping his camera bag.

"I need you in London. Tonight," Edward Wootten said calmly.

Raiden could hear the clicking of the keyboard and knew his boss was sitting his in air-conditioned, Times Square office.

"No," Raiden ground out. "According to Facebook, both Shelly and Ken are in London right now. Together, apparently, by the looks of things. They were going to see Buckingham Palace, if they left the hotel room, because every detail must be posted on Facebook for the entire universe to know." Raiden carefully removed and inspected the camera body, exchanging the 35mm lens with his favorite zoom lens. It was his favorite digital camera, one that he took everywhere with him. His other favorite was an older film camera that was safely packed away.

"Your page is suspiciously quiet," the older man shot back.

"No, it's not. I don't generally post more than twice a month," Raiden replied, pulling his cleaning kit out of the camera backpack. His posting habits had been joked about more than once over the years.

"Afraid someone will break in and steal something while you're gone?"

Raiden laughed, brushing at the camera body. "Not likely. In case you've forgotten, I live out of a carry-on. I have taken nearly every assignment offered for the last three years. I have a bedroom that doubles as my office at my sister's house."

"Why Italy? And why Naples of all places?"

Raiden shrugged, replaced the camera, and picked up a lens. "Cheaper than flying back to the States." It was, but that wasn't the reason. His boss didn't need to know that. He had plenty of money to fly around the world or back to the US if he wanted. His sister never charged him rent.

"I can get you on a flight to London then back to the States afterward. It should only be a month or so."

"No," Raiden replied flatly. "Your month or so, has a bad habit of becoming three to six months."

"Never seems to bother you before."

"It's not about the time." Raiden set the lens down in its compartment and tossed the brush back into his bag. He would be the first to admit that he had no idea why he'd booked a flight to Naples after his boss had told him that he was taking a vacation whether he wanted to or not. It was a polite way of saying "take a leave of absence before I fire you."

Naples might have been on his bucket list of places to see along with the ruins at Pompeii and Herculaneum, but it wasn't high on the list. The cost difference between flying into Naples or flying into Edinburgh, which was at the top of his list, was negligible. Naples was entirely a spur of the moment decision.

"You're the best I have, Raiden," the older man said, interrupting Raiden's train of thought.

"Sorry, I'm on vacation. One you told me I had to take or risk my career. Or at least my job with you," Raiden said reminding his boss of the argument they'd had nearly a week ago. He shoved a hand thru his hair and contemplated cleaning another lens.

"Take the Syria angle then. There should be enough danger there for you."

Raiden jumped to his feet and began to pace his hotel room. This one was nicer than a lot of the places he'd stayed over the years.

"Ed," Raiden ground out, drawing out the other man's name. "I have worked nearly everyday for the last three years. You said I was burning out, that I am losing my edge, and that my work was beginning to look like everyone else's. Three weeks. Not the month that Chase asked for in order to get married or that Hannah asked for in order to hike the Grand Canyon. Definitely not the month and a half, six full weeks, that you gave Levi when his husband left him for someone else," Raiden replied, placing the lens back in his bag. "Hell, you even got Larsen and Ferguson to agree to give me the time off too."

"Find someone else. It's not my problem." Raiden ended the call and threw his phone down onto the bed. He crossed the room and stepped out onto the small balcony. Sunlight bounced off the Bay of Naples. The Mediterranean Sea was dotted with fishermen and pleasure craft. It looked like something he'd see on a postcard in a souvenir shop. Taking a deep breath, he let it out slowly. He would check out the bay another time. Raiden looked over at the camera bag lying on the center of the bed. He hadn't touched it in weeks. He hadn't felt the desire to open the bag. Looking back, he knew he'd missed some great shots, but at the time, he hadn't cared. Even now, there was no twinge of regret for missing a shot. Raiden blew out another breath and shoved a hand through his hair. He was looking forward to his hike up Mount Vesuvius today. He might not have cared that he missed earlier shots, but he knew he'd kick himself later if he didn't at least bring his camera with him. Hiking Vesuvius was not something he was likely to do again.

Maybe his boss was right. His sister had said nearly the same thing months earlier. Being willing to do whatever it took to get the shot wasn't the same thing as taking a good shot. Or one that wasn't like everyone else's. He had brushed off Annika's comment when she'd said it. He'd made excuses to explain away her thoughts. She wasn't a professional photographer after all. Raiden rolled his shoulders. But he subjected her to enough of his work over the years that she probably knew more than he gave her credit for. Snagging his phone off from the bed and walking back to the balcony, he sent a quick text to his sister. Sisters are annoying. Twin sisters -- doubly so. Especially when they were right. Raiden tossed the phone on the bed and turned back to the bay. He'd been to Italy before. There weren't many places he hadn't been over the years. Usually, they were in the middle of turmoil though, not predominantly peaceful without the looming threat of violence hanging overhead. Or tensions so high it reminded him of the cartoon fog in the Scooby-Doo cartoons he'd watched as a kid, the kind that was literally cut with a knife.

The alarm on his phone dinged, and Raiden crossed back over to the bed. Quickly, Raiden inspected his gear, making sure everything was in its place before zipping the bag closed, shoving a bottle of water into the side pocket. He hadn't felt the urge to unpack his camera after he'd left Spain. It had been left in his room while he'd explored Naples for the last couple of days. While he still wasn't sure he wanted to use it today, climbing Mount Vesuvius was a once in a lifetime event for anyone who didn't live near the volcano. He'd hired a guide to take him to the summit of the volcano away from the tourists. Annika had badgered him to arrange for a night hike and photo shoot the next night when the moon was the fullest. Shoving a hand through his hair, he blew out a breath. One of these days, he was going to stop letting his twin tell him what to do, even if her ideas were usually pretty good. Shrugging into the camera backpack, he slid his wallet, phone, and room key into the pocket of his cargo pants.

After leaving the hotel, Raiden walked through the city enjoying the juxtaposition of ancient and modern elements. There were faster ways to get to the volcano, but he hadn't wanted to go through the trouble of renting a car or dealing with Italian traffic. It was a vacation after all, even if it was one that was imposed on him. He caught the bus heading to Mount Vesuvius, squeezing between locals and tourists. 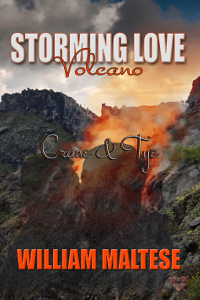 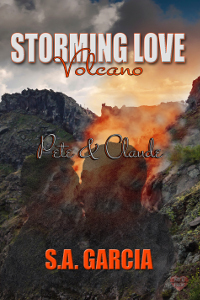 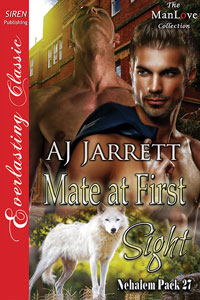 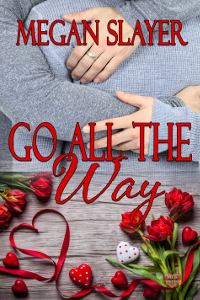 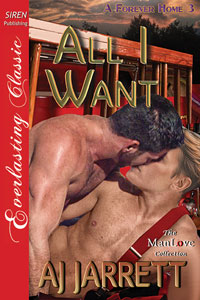