When Kai and Brya fled their home planet for Alliance space as teenagers, their lives took dramatically different paths: Kai joined the Alliance Fleet, and Brya found herself tangled in a smuggling operation.

Twelve years later, Brya has reformed and wants to leave that life behind, but she has one more illegal run to complete before she can. A chance encounter with Kai at Karys Station means she doesn’t have to make that last trip alone. But old feelings have a way of resurfacing when there are few ways to pass the time on board a clunky old space freighter, and Brya and Kai discover they have more than smugglers to worry about.

Does a freighter captain with a criminal past really have a chance at a future with a law-abiding Fleet officer, especially when she broke his heart years before? 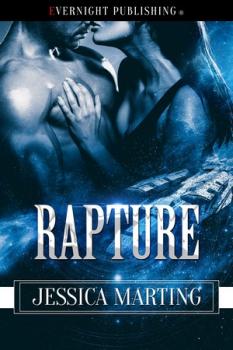 “Let me ask you a hypothetical question,” she said.

“Let’s imagine a reality where we weren’t forced into an arranged marriage when we were seventeen,” she began.

“Let’s say you weren’t going with me to drop off this accident waiting to happen on a planet in the Outer Rims and I wasn’t in trouble with the Fleet. Let’s say we met at a bar on Karys Station. What would happen?”

“I don’t go trolling around in bars that much anymore. It takes a lot to make me notice. You’d have to be showing a lot of cleavage.”

He sighed dramatically. “I’d probably buy you a drink,” he admitted.

“And what do you want me to say? I think you’re really attractive.” But attractive didn’t do Brya justice. He had thought she was gorgeous when they were kids, and he still did. The multicolored hair and tattoos, ordinarily features that didn’t catch his interest, only added to it.

“I mean, what would you do after you bought me a drink?”

“Brya, you don’t have to go fishing for information. If really you want to know, I don’t do one-night stands anymore, and that’s what usually happens when a couple meet in a bar, especially on a station like Karys, especially with Fleet officers. Can we change the locale? Let’s say you were a civilian contractor at Crystal Station and refueled the Starspot whenever we stopped by.”

Damn it, she was enjoying this, and Kai was letting himself get suckered in. “Yes,” he said.

“Is that an admission?”

“I’m not discussing that with you, any more than I’d ask you about your old lovers.”

She faced him, a smirk on her face. “I don’t have as much to tell as you.”

“Stick to the subject and I won’t have to. What would you do, if we didn’t know each other and you ran into me in a bar? And don’t say you’d ask me to a vidshow or dinner.”

“What if those were the things I wanted to do?”

She shot him a look that questioned his intelligence. “Just because I’ve never dealt with the Fleet until now doesn’t mean I don’t have a good idea of what goes on in space. There’s only so much transporter code one person can write in a day without going bugshit.”

She had him there. The Fleet was the reason VD vaccines were widely used. “You really want to know?”

He took a deep breath, but it didn’t dissipate the shock flowing through him at the words he was going to say, something he never imagined he would utter to his former wife. “We’d be two strangers in a bar.”

“I’d buy you a drink. And then I’d give you a story about some heroic act I’d done, rescuing a litter of kittens from some evil overlord in the Rims, a bullshit story like that. You would fall for it, and then I’d take you back to my hotel and fuck you senseless.”

Brya stared at him, jaw open in shock.

No, he couldn’t believe he had said something like that. He winced. “That came out wrong.”

She fumbled for words. “No, it didn’t. You made your point.” She was blushing furiously, clearly flustered by his admission. Over the last few days, he had seen her far more collected about being chased by a pirate and then a broken fuel line. Yet here she was, her color running high as he told her about what used to be a regular night on shore leave.