In the Other World, there is a dark burning hole in the corridor of life; a realm between the Light and the Darkness empty of hope, breath, and the possibility of being. A plane so obscure; so filled with the refuse of the oppressed that to truly hear the screams and sufferings of those who wander, you must bend beyond understanding to feel the pulse of a monster's fears.

But have you ever wondered what happens when those weary souls go searching, seeking retribution millenniums old and thrice repaid? Who becomes their soul's great captor? Who is the collector of their flesh and pain?

My name is Rihker Tennai. In the Other World, sometimes it takes a monster to know a monster--and a half-breed to skirt the distance and the Darkness in Shadow Land between. 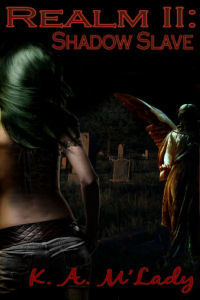 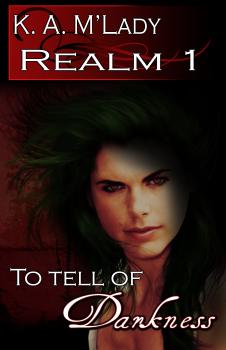 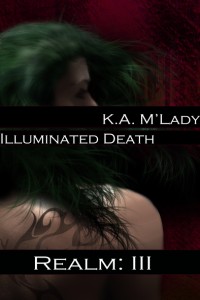 For one thing, I never knew a Vamp could be so old and so powerful that he made my teeth hurt. Add to that his incredibly delicious striking good looks--the man was mayhem waiting to happen.
"And the Hunter returns," he said from his place of relaxed comfort in the corner of my sectional. The roll of his r's and the way that he pronounced his s's as z's reminded me of a Frenchman trying to speak without an accent. Or one assuming he'd been here long enough that he didn't have one at all.
I glanced at Kieran. He was sprawled on the chaise, his white shirt open to his waistline, his wolves--Jade, Ien and Garric--at his feet like good little lap dogs. Dragon sat perched on the arm of the chaise, toying with Kieran's hair. The scene was a bit too regal, too showy--something was seriously up.
"Rihker, I would like you to meet Lucien DeNote." Kieran started with his introductions but his guest, Mr. Pale, Powerful and Exceptionally Lovely didn't give him the opportunity to finish, as he was just suddenly standing beside me.
"So this is the lovely Lady Justice we have all heard so much about," he whispered as he began to circle me, his fingers traipsing along my collar, down the length of my arm. His scent, so much like a field of lupine at dusk in a soft breeze, feathering the air around me.
Say nothing, Rihker, he will not harm you. He only wishes to see how far he can push this game of words with you. He will not harm you in your home, or in my presence, Kieran tried to reassure me as his guest circled me like a vulture skimming the carrion for a hunk of meat.
Strangely, I wasn't buying the game.
Lucien towered above me as he ever so carefully played some game of Vampire bullshit politics with Kieran. One I was in no mood to play. Nice fucking friends you have! I swore, the rage bubbling in my gut despite my best inclination to just chill. It seemed my calming agent, Gimlit, was nowhere to be found when I needed him. Which prompted me to ask, Where in the hell is Gimlit?
"Your Ogre is a bit busy at the moment, my dear," Lucien advised, then leaned in and breathed my scent deep into his lungs. His plucking my thoughts out of my head without any connection to me brought my panic level up ten degrees. What the hell is going on here? I asked, looking at Kieran worriedly.
"Do not worry, my dear," Lucien said, his voice sinful and smug. "He shall return. In time."
I looked up at the stark beauty of his bright blue eyes, his words dancing through my mind like a seductive whisper and wondered if his beautiful eyes were what God gave all the angels; they were that lovely to gaze upon. Lucien had pale blonde hair, golden and silvery and sunlit all at the same time. I wanted to pour my hands into it as I wound it around my fingers; as I climbed on top of him and rode him to oblivion.
Realizing the perverse pattern of my thoughts, I shook my head and wondered if he was able to pick up the images that were flashing through my mind or if he was planting them there. The drop-dead-sexy grin displayed by his perfectly straight teeth was the only response I needed.
"Are you done"? I asked, glaring at him as I crossed my arms beneath my breasts, my fingertips just inches away from my blades. I'd gotten new sheaths after this summer, ones that tore open from the center, so no matter how I grabbed them I could pull them free without hindrance.
Believe me, as I stood there toe to toe with Tall, Powerful and Fuckably Luscious, whatever he was up to was probably going to hurt. I didn't know what the hell kind of voodoo Vampire wack this guy was into, but the longer Kieran sat submissively on the couch while this one pressed my buttons, I was seriously considering killing him.