Realm of the Grizzly Bear (MM)

Sequel to Realm of the Polar Bear

Jarrod has become obsessed with finding Caleb, the white-haired bear who rescued him from freezing to death in a blizzard last winter. After their night of passion, Jarrod's body is changing. He becomes larger, more muscular, and hairier, so he wants to find Caleb to learn what's happening to him.

He searches the forest where he first encountered Caleb but instead finds Logan, who attacks him for trespassing. Caleb comes to his rescue again, and tells Jarrod he's becoming a bear, a real bear, to be a guardian of the forest. But to complete the transformation, he must obtain seed from the other three bears in the forest. Gareth and Tyrone are cooperative, but Logan remains hostile.

Jarrod wants to complete the transformation so he will be with Caleb forever. But Logan's jealousy threatens to come between them, and might even cost Jarrod his life. 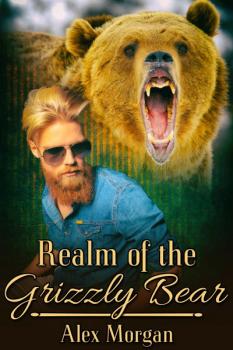 Realm of the Grizzly Bear (MM)

The white bear hadn't changed at all since their brief meeting so many months ago. If anything he looked larger. His bare torso maintained its muscularity and thin covering of hair, which had turned mostly white. The pajama bottoms he wore low on his hips seemed to be held up only by the curve of his ass and did little to cover the bulge in the front.

"Eyes up here," Caleb said making Jarrod realize he had been staring. He held out his hand and Jarrod took it, rising to his feet.

Jarrod fell into his arms, kissing and stroking his body, not wanting to ever let go. He vowed never to fall asleep in Caleb's presence again, lest he find himself waking from a dream and alone.

"Why don't you two take that indoors?"

Jarrod gasped, spinning around. He forgot they weren't by themselves. A large black man with a shaved head and full beard stood with a beefy arm draped over the shoulder of an equally muscular white man with red hair. The black man wore only jeans. The ginger-haired man wore a sleeveless plaid shirt, hanging open to reveal chest and abs covered in red hair.

The black man nodded without smiling.

The ginger bear inclined his head with a pleasant grin. "Nice to meet you."

Of course, nothing could be worse than the compromising position in which they first saw me, he thought. "Do you think I could have some clothes, please?"

Gareth and Tyrone laughed while Caleb slipped off his pajama pants. He draped the legs over Jarrod's shoulders and tied them in a loose knot as if they were a scarf.

"Is that better?" Caleb stood back, hands on hips in his naked glory.

Jarrod could not help but laugh himself.

"We'll catch up with you later," Tyrone said as he and Gareth turned and walked into the woods.

Jarrod watched them disappear. He was alone with Caleb, what he had yearned for but so much had happened in the span of an hour or so, he didn't know what to think. Questions raced through his mind, trying to piece everything together but nothing made sense. Even his first meeting with Caleb wreaked of fantasy.

"You're awfully quiet," Caleb said. He hooked an arm around Jarrod's neck and kissed him on the head.

Jarrod mashed his face against the hairy chest. Now all of it felt so natural to him. Standing naked in the middle of the forest in the rain with his lover. Nothing else seemed to matter.

"You still have a lot of questions, don't you?" Caleb's chest vibrated as he spoke and Jarrod nodded.

"The best way to describe this is we're the guardians of the forest," Caleb began, leading him into the woods following a narrow trail.

"Guardians against what?" Jarrod asked. It sounded even more incredible and he tried to wrap his mind around the concept.

Caleb shrugged. "Nothing fantastical. Just trespassers, urban encroachment, anything that can harm the forest."

"This is a huge forest," Jarrod blurted out. "Hundreds of square miles. Maybe thousands. And just the four of you can protect it?"

"I know it sounds incredible but when you have the powers of a bear, it's not such a daunting task as it would seem."

"Wait a minute." Jarrod stopped in his tracks. "The powers of a bear?"

Caleb smiled at him. "Does that sound so crazy?" 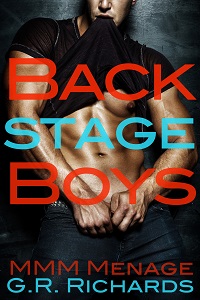