Just when you thought it was safe to read again…the zombies are back! And in greater number too! In Reanimated Readz, you’ll find five young adult zombie tales from Rusty Fischer’s popular “Reanimated Readz” series of living dead short stories. From brotherly love to zombie politics, from zombie private detectives to loving the undead, the five tales are sure to give you your fill of zombie reading – and then some. Project Z Zombie, Interrupted Private Eyez The Zombie Vote My Brother, My Zombie 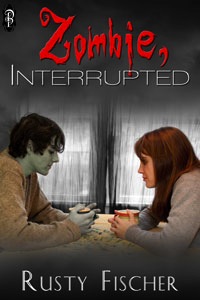 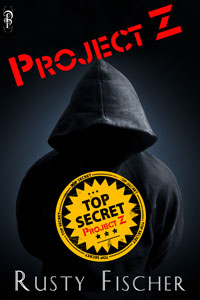 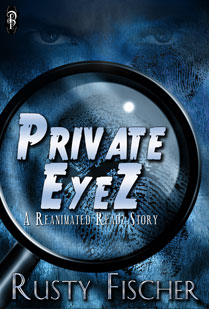 Project Z
The only thing worse than being a zombie is being just human enough to know you’re turning into a zombie. Welcome to Project Z, where you’re never sure what’s worse: the living or the dead.

Zombie, Interrupted
As a zombie, Reggie is used to people asking questions. But when his ex-girlfriend Julia decides to play reporter and record his “confession,” Reggie decides to turn her exposé into a true crime story—with Julia at his side!

Private Eyez
Randall Jenkins always wanted to be a private detective. Too bad he only became really good at it after he died.

When Randall Jenkins is kicked out of high school for being a zombie, he needs a way to make a living. Enter Private EyeZ: The Zombie Detective Agency. As one of his first cases, Randall is surprised when his old pal and teammate Brock Thornton shows up, offering him three crisp hundred-dollar bills to follow Brock’s girlfriend, Brandy Hutchins.

So why does Randall feel like he’s the one being followed?

The Zombie Vote
Losing an election is bad enough. But losing it to a zombie?

During a live debate in front of the student body, Tanner reveals her inner prejudice for “the zombie party” while Calvin reveals his inner humanity.

Was Tanner wrong about Calvin? And could he ever take her back?

My Brother, My Zombie
Emma has only one guard shack left before she releases her brother into the zombies-only zone, or the Z-Zone, as the locals call it.

Along the way she keeps Sam docile with a plastic container full of raw meat and the only six commands he knows to obey. He doesn’t understand what’s about to happen to him, but she does.

If only letting him go was as easy as saying goodbye.