Maggie, Jesse, and Alex are enjoying their life together, yet continue to keep their romance a secret from the outside world. During a sensual interlude, some private pictures are taken to capture the moment. Somehow these pictures get downloaded by Maggie's ex, Troy, who is willing to be patient in his attempt to win back her affections. Troy decides he must "save" his beloved Mag-pie, even if he doesn't have any clue what he is actually saving her from. His determination to be her knight in shining armor takes a wrong turn as that armor becomes more and more tarnished in his quest. As Troy spirals out of control, the lovers each approach his quest in their own fashion. Can Maggie, Jesse, and Alex come together to vanquish him before he learns the truth about their unconventional love? 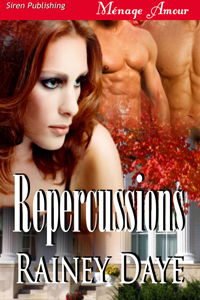 Heat Rating: Scorching
Word Count: 89,337
4 Ratings (4.5)
Contemporary Menage a Trois/Quatre
In Bookshelf
In Cart
In Wish List
Available formats
Mobi
HTML
PDF
ePub
Cover Art by Jinger Heaston
Reviews
Unbelievably Sexy! As good as the first, but this one was alot more HOTTER I thought. I hope there is another.
Barefoot Okie
Read more...
Excerpt

Once inside the room, the three became suddenly fused together as they staggered toward the bed and the nirvana that awaited them. Pieces from their costumes were strewn in their wake until the three of them tumbled onto the bed in a naked jumble of flailing limbs. Maggie found herself whimpering, “Now, now, now,” and cried out in relief when a cock went slamming home inside her. She shuddered around it and opened her eyes, but was unable to identify the owner of the blessed organ since both were entwined so tightly with her. Since it didn’t matter to her which of her lovers had claimed her first, Maggie simply reached out blindly so that she could stroke the mouthwatering flesh of her lovers.

Jess claimed her mouth for a drugging kiss, and she felt Alex’s lips nipping along her side as he worked his way down. Maggie’s head thrashed on the pillow as she strained toward her much-needed orgasm and screamed as she climaxed.

“I can’t find the lube,” she heard Alex grumble from a distance followed by Jess’s curse as he continued to thrust inside her.

“I do,” Alex answered softly.

Maggie opened her eyes to confirm her suspicions and saw that Alex was poised to enter Jess but was hesitating to do so due to lack of lubricant to ease his passage. Jess was a bit wild-eyed with the need to be fucked even as he was fucking her. She knew Alex’s desperate desire to be sheathed within one of his lovers would soon overcome his recalcitrance, but he would feel horrible about it later and that could definitely put a pall over her own desire. So, “Use me as lube,” she offered, and both men froze for a moment as they focused on her.

Maggie smiled as she reached down to where she and Jesse were joined and ran her hand over her groin before holding it up to show just how wet she was from all that foreplay in the bar. Grinning, Jess withdrew from her and magnanimously waved Alex ahead to dip his cock within Maggie so he could properly lube himself up before butt-fucking Jess.

With a groan, Alex moved into position and slowly sank into her honeyed depths. His eyes rolled back into his head as Maggie flexed her internal muscles and gripped him strongly within her. He seated himself to the hilt and slowly focused his attention on her. Never breaking eye contact, he slowly dropped his mouth down to hers and claimed it in a deep, leisurely kiss. But he suddenly broke away with a cry of pleasure as Jess, not waiting around for Alex to finish lubing himself, fiendishly employed his own Maggie lube and thrust himself deep inside Alex.

Maggie gasped in turn, and then the three of them were rocking together in unison. Maggie hooked her feet around the backs of Jess’s thighs while she grasped Alex’s buttocks in her hands and squeezed and separated them. She felt Jess’s groin bump against her hands with each thrust, and Alex’s groans shuddered through her body as he lay heavily atop her as he ground his pelvis into hers. Alex buried his lips against her throat and sucked her tender flesh frantically as he was stimulated from the front and the rear.

Maggie cried out from yet another orgasm and loosened her hold on both men as she attempted to catch her breath. Alex took the opportunity this afforded him to buck against Jess, signaling his desire for a change in positions. Jess withdrew from Alex and scooted back along the bed to give Alex room to maneuver. He waited semi-patiently, absently stroking his cock while Alex unceremoniously flipped Maggie over and piled pillows under her hips so that her ass was sticking up in the air.

Jess leaned around him and reverently stroked her ass while Alex finished his adjustments, and then planted an openmouthed kiss to it, biting her gently, before he scooted out of the way to the side. Alex took his cock in hand and rubbed it up and down Maggie’s clit before he sank back down into her, accompanied by her moans. Jess swallowed hard as he watched Alex’s slow advance and withdrawal. He reached down between Alex’s spread legs and fondled his scrotum while Alex made love to Maggie.

Maggie gasped out Jess’s name and reached out blindly toward him. Knowing what she wanted, he eagerly stripped off his condom, kissed Alex, and then moved to the head of the bed and offered Maggie his cock. 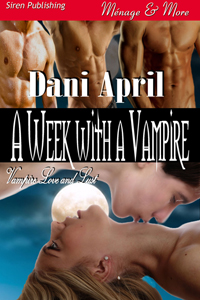 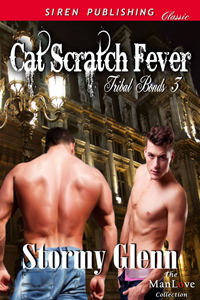 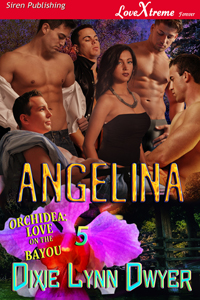 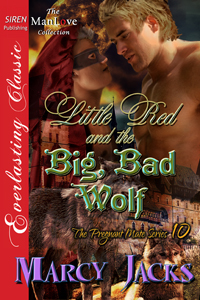