Risk all for love…or resist a life worth living?

For some, who have hidden away who they truly are, finding the courage to expose their deepest secrets creates havoc in their hearts and souls.

In 1939 Vienna, Austria, the true lives of some people are not what they appeared to be. A beautiful spy falls in love with a handsome, young violinist who's hiding himself away from the torment of his peers. Meanwhile, a desperate assassin, heartbroken by the cruel rejection from the man he loved, succumbs to the captivating charms of the young man who is his intended target. Is his victim's identity real or simply an enchanting façade?

Four people must risk all for a chance at a life worth living. 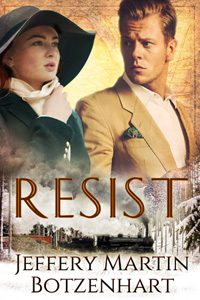 Easing through the crowded art gallery, Elyse stopped several times to view the impressive paintings displayed, each one a masterpiece. Well-versed in art history, she soon realized that this magnificent collection lacked art work from renowned Jewish artists. Considering the growing atmosphere of hatred and intolerance toward the Jews, this was not entirely unexpected. Her keen observance to detail also enabled her to spot the Gestapo agents intermingling among those in attendance.

Passing by a mirror, Elyse stopped to glance at her reflection. From one of the finest shops in Vienna she had purchased a bare-shouldered, ankle-length, form-fitting black dress, flaring at the waist and tastefully revealing cleavage from its sweetheart bodice.

She wished to present herself as an alluring vision for Christoph's eyes. Since he kissed her earlier that day, Elyse could think of nothing else but him. Although she understood her purpose for coming to Vienna, her growing attraction to Christoph was something she couldn't resist.

Thoughts of Christoph momentarily vanished with the discreet movement of one of the Gestapo agents. Observing them through the mirror was the true reason why she was looking at her reflection. While skimming her fingertips over a strand of pearls from a necklace she wore, Elyse watched as the agent approached an older gentleman. Whispered words from the agent appeared to startle him. Elyse instantly recognized the gentleman's fear when he was quietly escorted from the gallery. She slowly turned away, not wishing to draw the attention of the remaining agent should he be searching for suspicious reactions from the guests.

The commencement of the music drew Elyse to the center of the gallery, and she soon found herself toward the front of the gathering audience. Her ears captured the enchanting sounds of a string ensemble, yet her eyes were entranced by the sight of Christoph, handsomely sitting there in his black tuxedo while performing. His violin seemed not simply an instrument, but an extension of his heart, such was the passion with which he played. He held his instrument as if delicate and fragile. The motions of his bowing, however, betrayed this notion. He displayed remarkable conviction with the precision and agility of his technique. Christoph commanded his fingers and bow with refined grace while lost to the composition. His peaceful expression revealed all this to her.

Held spellbound by the music, Elyse's heart beat faster with each sensual movement of his bow. Her breath was robbed with the pace of the composition reaching a frenzied height, and her hand came to rest on her chest when the melody turned graceful and poignant. A thought gripped her while in his presence. Christoph was not merely playing his violin, he played her as well, luring passion from the depths of her soul. Absorbed by her infatuation with him, Elyse surrendered to his musical tempest. Christoph held possession of her, with her craving for this moment to last forever. 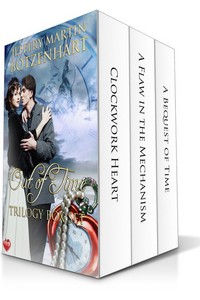 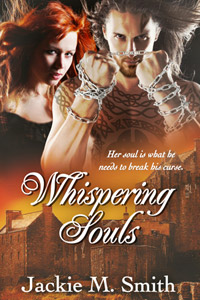