Ghosts of Kingston Cottage (Book One)

Medium and paranormal investigator Arabella Pierce is sent with her crew to Kingston Cottage, a haunted Maine seafarer’s cottage on an isolated island. For this investigation, her boss has stuck them with skeptical reporter Lucas Brown. Though he’s hot as they come, Arabella can’t trust a man whose sole job is to discredit her and the work she does. Not after what happened with the last few skeptics…

All Lucas may want is the truth, but that doesn't change her feelings towards him. And when the ghosts appear, she and Lucas must work together—in tight quarters—to convince the resident ghosts to move on before a storm strands the entire crew on the island. Can Arabella put aside her prejudices long enough to see what the ghosts are trying to tell her? And if she does, will she and Lucas have a shot at a lifetime?

Empath and paranormal investigator Lena Tompson is enjoying a night of relaxation when she’s interrupted by a phone call from her boss. She hurries to the office, still in her pajamas, and finds herself face to face with the once love-of-her-life.

As the case heats up, so do Lena’s feelings for Knox. She doesn’t know how long she can hold back the tide of emotions, especially when she realizes that Knox has feelings for her as well. She can only hope that trusting him doesn’t tear her apart as deeply as his own family will be torn if they fail to stop the fighting.

Kate Briar is enjoying her vacation when her boss calls her to the office about a job. As head researcher for Revenant Investigations—a paranormal investigation team—she’s unsure why he sounds so wary about her taking the case. After all, there’s very few people in Noble, Maine she’d refuse to work with. She’s even more uncertain about his hesitation when he announces that the case is one she’s dreamed of since she was a teenager. That is, until he tells her who she’ll be working with.

Murphy O’Keefe is a well-known legend hunter. He chases the legends of the dead for profit. Kate used to be good friends with him, and they were growing much closer before he betrayed her. She was helping him with a case when she woke up one morning to find all of her research and all of the artifacts she’d found gone—she hasn’t seen him since.

To keep things civil, she offers him a truce, not wanting to spoil the importance of the new case. But she doesn’t realize the turmoil of anger and attraction that truce will ignite. Nor that her fate is directly in the hands of the man that broke her heart. 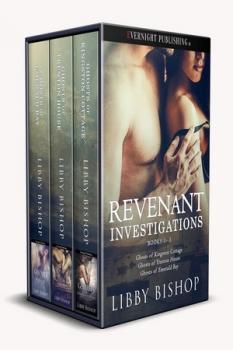 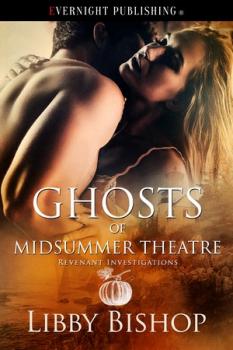 When Hell Freezes Over (MFMM)
Jane Jamison
In Shelf
$4.50
Tweets by
sirenbookstrand