For Dave Felder, his junior year of high school starts with a move from his small hometown to a larger city. With the new home comes a new school, East Leyden High.

He isn't the least bit reluctant to leave his old school. Once popular and well-liked, things changed when he was outed to his fellow students.

A new school gives him a fresh start, where no one knows him or his secret. Tall, handsome, and athletic, he soon finds himself surrounded by new friends, the popularity he once lost regained.

But he doesn't count on meeting someone who brings out the feelings he hoped to keep buried inside. Someone like Ricky.

Once these feelings surface, Dave has to make a choice -- continue to hide who he really is and protect his popularity, or be true to himself. 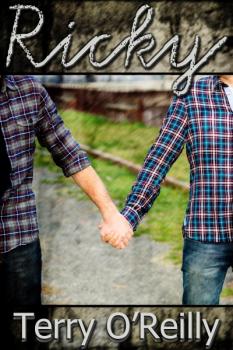 “Well, goodnight,” Dave said. He was suddenly filled with the urge to put his arms around Ricky and kiss him.

“Goodnight,” Ricky said, his tongue slightly protruding from between his lips.

Dave felt his heart race. Without saying anything else, he turned and left.

That night Dave tossed and turned. When he was awake, he replayed the scene from the theater workshop in Hillsdale and felt the anxiety he had experienced then. When he dozed off he dreamed he held Ricky in his arms and just when he was about to kiss him, Ralph and Doug would appear. He panicked and woke up to renewed turmoil.

Dave got up Saturday morning totally stressed. Once again he sought out Mr. Lee’s advice. He had come to appreciate the older man’s wisdom and felt he could trust him. He called and arranged to meet him that afternoon at his home.

“Come in, David,” Mr. Lee said, smiling as he ushered him into his small house.

“My my,” the piano teacher said with a chuckle. “Buster doesn’t usually take to strangers so quickly.”

Mr. Lee stooped and picked the cat up and held him on his shoulder. Buster purred loudly and closed his eyes as Dave stroked him under his chin.

“I guess I just have a way with animals,” Dave said.

After a few minutes, Mr. Lee let the cat jump lightly to the floor. He turned to Dave and asked, “Would you like a Coke? Sprite?”

“Coke would be fine, thanks.”

Mr. Lee invited Dave into his living room. When he returned with the drink, he sat at the other end of the sofa and asked, “You said you had something important to ask me about? How can I help?”

Dave felt distinctly uncomfortable. “I don’t know how to say this, and I’m afraid when I do, you’ll think less of me. But, I don’t know who else I can talk to.”

“David,” Mr. Lee said in a kindly, reassuring voice, “I’m sure nothing you could tell me would alter my opinion of you.”

Mr. Lee didn’t respond immediately. He seemed to be contemplating something. Then he said, “Tell me about it?”

“Well,” Dave began haltingly, “you know back in Hillsdale I was in lots of plays and music stuff?”

“One night during a dress rehearsal for The King and I this guy, Jacob, who was playing the Kralahome, was hanging out with me in the scene shop between our scenes.” Dave stopped, closed his eyes, and felt the pain of the memory creep over him.

Buster jumped up on his lap, laid down, and purred loudly. Dave petted the cat. It calmed him.

“We were both in costume ... you know, bare chests and loose pants. I was sitting on Mr. Pierce’s desk. He’s the drama teacher and does a lot of the tech stuff, so his office is in the scene shop.”

Dave knew he was giving this irrelevant information to buy time to ward off what had come next.

“Jacob walked up to me and sort of pushed in between my legs. I got kinda turned on and when he put his arms around my neck and I put mine around his waist ...”

“I kissed him and it felt great, nothing like I’d ever felt with any girl.”

Dave shivered and blinked back tears. “But then,” he paused. “Then two of the kids on props came into the shop to get something and they saw us. In two days, it was all over the school and it was horrible. Everyone seemed to be snickering at me. My friends bailed on me. For the rest of the year I was like a pariah or something.”

Dave waited a minute before going on.

“So I was so glad when we moved here. I promised myself nothing like that was ever gonna happen to me again.”

“Well, not yet, but I’ve got those feelings again, like I had with Jacob, and I’m afraid. I got friends again. I’m popular and now. I don’t know what to do.”