Ellyn was sure Kirk was Mr. Wrong, but she is still single and now in her thirties. Was she holding out for non-existent perfection? Then she meets Chad and thinks she may have finally found love...but Chad clearly has a secret past he isn’t sharing.

When Ellyn loses the ring that signifies the bond between her and Chad and also reminds her of her mother’s eyes, she wonders if she has lost everything...including Chad. Or is he just another Mr. Wrong? 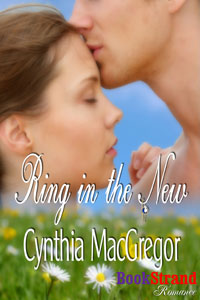 Ellyn tossed her head. She could feel her hair flying in all directions. But before she could open her mouth to reply to her mother, a crackling in the underbrush in the woods beyond the clearing caught both women’s ears.

In another moment, the source of the noise revealed himself. A tall, solidly-built man, who appeared to be in his early thirties, stepped out of the woods into the clearing and registered surprise at the sight of Ellyn and Marie on the spread-out beach towel. “I’m sorry, ladies!” he said. “It looks like I’ve intruded on a private picnic.”

Taking note of the camera around the tall blond’s neck, Ellyn wondered who he was. She’d never seen this man before.

But even more than the attention-grabbing camera, Ellyn noted his open, friendly grin. From there she moved on to observe his deep tan and solid muscles. They were not those of a bodybuilder, but those of an active, naturally-athletic man.

“I’m Marie Lenihan and this is my daughter, Ellyn.”

Sensible Ellyn hesitated before answering. Although the stranger’s smile was disarming, after all, he was unknown to them. Then she thought that if he were any sort of miscreant, being alone in the woods with him was more dangerous than telling him what town they lived in. But before she’d had time to sort all this out, Marie spoke up.

“Yes, we sure do. And very happily so. It’s a good place to live. But I don’t recognize you. You say you’re new in town? Do you live in Flamingo Cove, then?”

“Yes, ma’am. Guilty on both counts.” He flashed his four-hundred-megawatt grin again.

Ellyn wondered if she ought to be concerned about their being alone in a deserted spot with the smiling stranger.

Marie hazarded a guess about his occupation. “Are you a new member of the fishing fleet?”

“No, ma’am. I’m a sailor, all right, but strictly recreational. In fact, I sailed down here in my boat and lived aboard till I found a house. But by trade, I’m a publicist, everything from hiring clowns for restaurants to setting up major events at shopping centers to sending out piles of press releases for businesses that need a more sedate type of publicity.

“Say... do either of you own a business? Maybe you need my services? Being new in town, I have to talk myself up to everyone I meet. Word of mouth is powerful publicity too. But don’t tell prospective clients that!” He grinned conspiratorially.

“We’re both self-employed,” Ellyn answered, “but I don’t see either of us needing your services.”

“Then I may need your services,” Chad answered, looking at Ellyn. “I’m great at creating the words, but not so great at typing them. My desktop publishing skills are the worst. And I haven’t got the patience for the nuts-and-bolts end of the business. I’d much rather be creative, and then let someone else handle the more mechanical aspects. Got a business card with you?”

Ellyn always had a business card with her. So did Marie. “In case you or your wife need a seamstress,” she said.

A smile tugged at the corners of Marie’s mouth.

.“Is this photography excursion in connection with your business?” Marie asked quickly.

“No, just more recreation. The rain is over, but the seas are pretty choppy. I wanted to take the afternoon off and since it’s not sailing weather, I thought I’d indulge another of my vices.”

“It is when you play hooky from work to take pictures. But I thought I could kill two birds with one stone—if that blue jay over there will forgive the expression—and indulge in my second-favorite hobby while getting to know my new environs at the same time. So I sneaked away from the office to go off on a semi-exploratory, semi-photographic jaunt.”

“We’re playing hooky too,” Ellyn confessed. “I guess it’s okay if you don’t make a habit of it.”

“Oh, I make a habit of it any chance I can get. I can’t see the harm as long as I don’t skimp on a client’s work as a result.”

Ellyn could see plenty of harm. In her view, if a person had no work to do, that person ought to be prospecting for more work—calling old clients to drum up business, placing an ad in the local paper, even making cold sales calls on likely prospects. But she kept her opinions to herself. Nonetheless, it gave her a less favorable outlook toward the undeniably charming Chad.

“Well, I don’t want to intrude on your outing any longer. It’s been nice meeting both of you, and Ellyn, I’ll be calling on you in a day or two. I definitely have need of your professional services. Have a good time this afternoon.” Then he was gone.

Ellyn’s reaction was a small dollop of pleasure over the prospect of a new client and nothing more. But when she looked at Marie, she saw the light of hope glowing in her mother’s eyes and knew it had nothing to do with business. 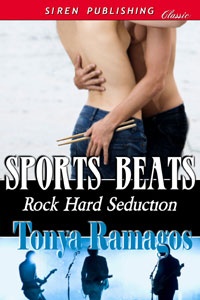 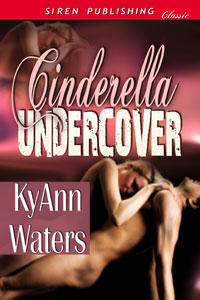 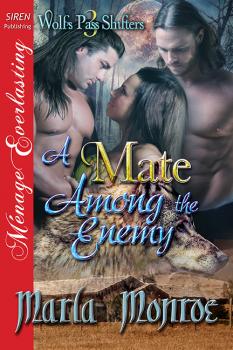