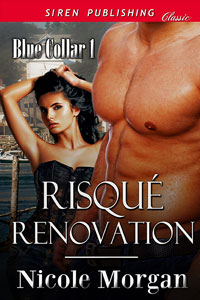 After saying good-bye to both her and Janis, who were heading out to set some things up at the park, Patreece made her way over to join the sweet little girl and the man Rachael called her uncle. Yesterday, Patreece had felt uneasy about being around Kade. Seeing the gentle way he behaved with Rachael made him seem just a little less scary.

“Wait until you taste them. They’re so good,” Rachael answered with a mouth full of food.

“Good enough to wear, huh?” she teased as she sat down next to Rachael.

“Oh, ha-ha. You wanna change seats and sit across from the little monster who cannot remember to close her mouth while she chews?” Kade asked.

“Oh no. That’s quite all right. I think I’ll stay right here next to my new friend. Besides, I want to have a good seat for story time.”

Kade wiped his mouth with a napkin and then set it in his lap. “You had to remind her, didn’t you?”

“Come on, Uncle Kade. Tell one of your stories,” Rachael begged him.

“Well, I probably would have, but I can’t now.”

“Why not?” she asked him with a pouty face.

“Because someone was a little monster and ate up all of her bear before I was able to tell it.” Kade reached across the table and tickled under her arms.

Rachael wiggled in her seat and laughed hysterically.

Patreece sat there watching them. It was sweet seeing this massive man turn into putty with this little girl. There was a genuine love there and it made her wonder if Kade had children of his own. He definitely seemed as if he’d be a good father. Not at all like her ex-husband.

As soon as the thought of her ex entered her mind, she quickly pushed it aside, tucking the memories into a far corner of her brain in hopes they’d never show themselves again. She hated how easily she could be distracted by recollections of her past. Her only hope was that in time, those scars would eventually start to fade away and allow her the opportunity to breathe without the constant worry.

“Mmm… They’re very good. I’m sorry. I should have said something sooner. Thank you so much for making them.”

“No problem. I was going back there anyway.”

Patreece was intrigued by the almost bashful way he deflected her gratitude. Yesterday he had struck her as the type of man who was incredibly charming, one who no doubt received loads of compliments and could handle them easily. He surprised her by acting the complete opposite. Was there more to this Superman contractor than met the eye?

Like her, did he have hidden layers? Characteristics that she’d find out once she dug a little deeper and got to know him a little better? She was still getting used to people calling her Patreece. This new identity of hers was proving to be a challenge, one for which she wasn’t entirely prepared. Earlier, when Janis had been introducing Patreece to some friends, she heard someone call out for Sandra. On instinct, she had turned around. Luckily, Janis hadn’t caught on to Patreece’s slip—not that the agent would have noticed it as one. Still, the lapse in judgment irked her. She needed to be more careful from there on out or she would start raising suspicion, and that was the last thing she wanted or needed.

She took a bite of pancake and noticed Kade watching her. He may seem harmless on the surface, but his vibrant blue eyes that pierced her reminded her that looks could be deceiving. He may have only been joking with Rachael. But now she saw something in them that unsettled her. Those weren’t the eyes of a loving uncle. Those were the eyes of a man.

She swallowed her pancake past the knotted ball of nerves that had seemed to lodge in her throat. She needed to slow down. Just twenty-four hours ago she’d set foot in Grand Isle, and already she owned a home and had made friends with just about everyone within shouting distance. Now the charming and seemingly harmless contractor was leering at her with a look that didn’t just warn of an attraction, it downright promised it.

Abruptly, she set down her fork and stood from the table. “I’m sorry. I just realized I left some clothes in the washer. I need to go. I’ll see you all later. Good-bye, Rachael. It was very nice meeting you, sweetie.”

Patreece didn’t wait for either of them to respond. She all but ran from the café and got into her car. The way her adrenaline was pumping, she wished she would have walked to the restaurant. If she needed to walk home, maybe she could run off some of her fear.

The few-minute drive to her home seemed to take forever. The roads seemed longer, narrower and almost seemed to drift off into the distance as she tried to navigate while taking shallow, rapid breaths. She was having a panic attack again. It had been months since she’d had one back in Beverly Hills.

She was thankful she’d had the forethought to go to her pharmacy and get a three-month supply of Xanax shortly before she’d left. With high hopes, she’d had no intention of needing it. She’d told herself she was stronger and wouldn’t need it. She had even hoped the day would eventually come when she could throw them away and no longer be dependent on medicine to help her fight her fears. If this morning had taught her anything, though, it was that she had a long way to go before she was whole again. A long way to go before she felt free to breathe again.

He sucked her lower lip between his and tenderly caressed it with his tongue. Then he nibbled at it ever so gently. That one singular moment had sealed his fate and hers. As soon as his teeth sank into that tender flesh, a whimper escaped her. It wasn’t just any whimper, either. It was filled with desire and need. Her eyes closed on her next breath and Kade knew there was nothing that could have held him back.

Lifting his arms, he framed her face in his hands and crushed his lips firmly against hers. Without hesitation, he slid his tongue inside her mouth. Hungrily, he explored her, tasting and feasting on the sweetness of her kiss. The aroma she exuded was unlike anything he’d ever experienced. He’d never tasted passion fruit, before but he had a feeling this must be it.

She closed her eyes and met his eagerness and he pushed her back, pinning her against the wall. A moan escaped her and he quickly swallowed it. The seductive sound only fueled his fire that much more. His cock was getting hard, thickening with every lick of her tongue. He pressed his body against hers. The outline of her wet and hard nipples pressed against his chest. The cotton T-shirt he wore did nothing to shield him from their power. He wanted desperately to rip the thin fabric free and take them in his mouth. He would suck and nibble on them until she was aching for him. Damn if he could pull away, though. Her mouth was so hot, it was wreaking havoc on any amount of self-control he had.

He bent his knees slightly and ground his hips against the junction of her thighs. Her body might have been wet and cold from the faucet, but that wasn’t what he felt against his jeans. The tease her soft, warm body was creating had been too much for him to even attempt to fight. Reaching down, he lifted her and pulled her up until her legs were wrapped around him. The wet heat pressed against his cock. The fever shot straight through his dick and made his balls ache with desperation. The need to feel the inside of her, all tight and hot, was overwhelming him.

He held onto her firmly, his hands on her ass as he walked them through the small house to the bedroom in the back. She’d since wrapped her arms around him and was holding on tight. Every step he took caused her pussy to press against his cock. It was the most excruciating form of pleasure he’d ever felt. He now understood what the phrase “it hurts so good” referred to.

They finally made it to the bedroom after he lost his footing and nearly fell a couple of times. Kade lowered her onto the bed, coming down on top of her carefully so he wouldn’t crush her. By this time, her hands now roamed his body. She was no longer the timid or even the rude new woman in town. Patreece was proving to him she did have a hidden side to herself, one she’d been keeping a secret.

Her pointy nipples continued to taunt him. No matter how sweet her kiss tasted, he needed to discover more. Breathlessly, he pulled away from the kiss. She looked up at him. The expression of acceptance he saw in her amber eyes no longer left him questioning what he should do next. Those flecks of gold he’d remembered seeing that first day now sparkled back at him. They weren’t bright or vibrant, but rather dark and stormy.

He could have stared into them all night, reading them, searching them for more clues as to what lay beneath her rough surface. There would be another time for that, though. He had other plans and couldn’t wait to get started.

Pushing himself up, he hovered over her and looked down at her water-logged shirt. The fabric lay heavy against her skin, outlining her breasts. They weren’t overly large, maybe a C-cup at most, but they were decorated with round, dark nipples that poked enticingly at the thin fabric. He slid down her body and dropped his head. Opening his mouth, he closed it over the tip, sucking on the taut peak.

With his free hand, he massaged the other tit, working the pebbled nipple between his fingers and tenderly pinching as he laved his tongue against the one in his mouth. Her body was starting to move. He alternated his hand and mouth, relishing how responsive she was becoming. She squirmed underneath him, not to get away, but to get closer. He could have continued the taunt all night long, maybe even forever, if he was a more patient man. Though, he knew he was anything but.

As much as he didn’t want to, Kade pulled away from the taut nubs. The fabric, despite its thinness, was a barrier he could no longer contend with. He needed to feel her skin, lick it and taste it. Her heavy-lidded eyes were looking up at him when he yanked off his shirt and tossed it on the floor. He unbuttoned his jeans and pulled his zipper down. He considered pulling them off right then and there, but those damn nipples were calling to him like a beacon. 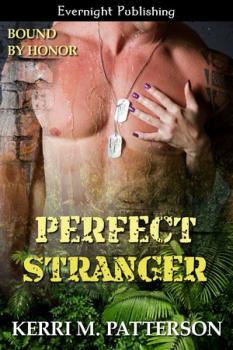 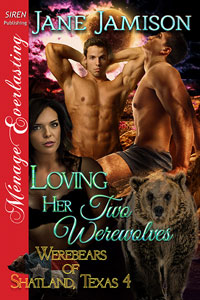