As a child, Morlea's handmaid wove wondrous tales to amuse her. Among these stories was the legend of Talitha, a princess like Morlea herself, trapped in a tower whose walls wept at her unjust imprisonment. An evil wizard hid her away until a prince could save her, then struck the land and its people barren to prevent any attempt at rescue.

Morlea believes the story nothing more than a fantasy until, years later, she discovers a possible location for the fabled tower. Dissatisfied with palace life and looking for adventure, she decides to chase down Talitha on her own.

A princess needs to be rescued, of course. And if there aren't any able-bodied princes up to the task, why can't another princess be the savior for once? 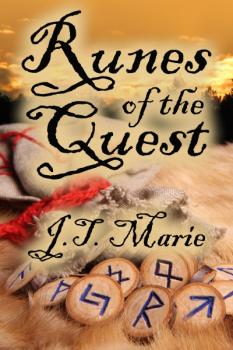 Someone laughed near the back of the room. I dove into my meal with just the slightest glance his way.

Clapping his hands together, he gave me a toothless grin. “Tonight we have a special treat for you! A dancer, known far and wide as the most beautiful woman alive. The way she moves! Even an old man like myself remembers what it’s like to be young when she sways before my eyes and she is here, for your pleasure!”

Whistles rose up around me. No exotic beauty interested me -- already my mind turned to my quest. I would have to get a good night’s sleep if I had any hope of leaving town before sunrise. Aslyn held nothing more for me -- I’d found out little about Talitha here, and by tomorrow night I hoped to be in Tasnin, one town over and closer to the Gorbin Wood, where rumors claimed the nightshade grew rampant and a castle hid amid the misty trees. Perhaps that was the ‘tower that cried’ in the legends ... the end of my quest, the prison of the princess.

Music began again, but this time it was in the form of a chant and despite my best efforts, my gaze was drawn to the stage. I recognized the street magic even as it worked its power over me. The curtain parted and out stepped the woman from the table in the marketplace, the one with the Runes. Her cloak had been discarded and she now wore a skimpy outfit dripping in fringe and dazzling jewels. Scarves twined around her, bracelets encircling her arms and legs.

As I watched, her body began to move sensuously, her hands twirling the silky scarves around herself. I had never seen a belly dancer before, but I had heard tales of their performances, and this could be nothing but one of the finest. With her eyes closed, she swayed to the music, the bells on her ankles and wrists jingling as if to keep her in step, her face devoid of expression. Then the tempo picked up and she began to move wildly, though I got the impression every move was deliberate and true. Finally she opened her eyes ...

And looked straight at me.

I thought I saw the thinnest trace of a smile play around her lips, and then the dance was over and I couldn’t even be sure she had glanced my way. But as the crowd hooted for more, she winked my way and was gone.

Perplexed, I retreated to my room above the din. Why did it seem as if she had taken an interest in me? I wondered about her motives -- sigels never mingled with the jakes they amused with their magic and wares. I couldn’t fool myself into believing there was something more involved ... my last few months of travel had left me worse for wear, and no one of her beauty would be interested in what passed for mine. So what did she want from me? Why had she directed me here?

The night was still young, and as I had just woken not too long ago, I decided against turning in early. Instead, I made my way down the back stairs, which led outside to the stables. I would take this time to check on my steed since I had a long way left to go, and I wanted to make sure my horse could take me there.

The stables were lit by two or three lanterns swinging from the rafters, leaving much of the surrounding stalls in darkness. I counted down to where I had left my horse, a black mare I dubbed Knight, but she was nowhere to be found. Sure I had made a mistake, I retraced my steps to count again when I saw her.

She had followed me down the back stairwell and now stood with her cloak covering the exotic costume. Her hair was hidden beneath the cloak, as if she had been wearing the hood just a few moments earlier but shook it off when I turned. Because I had neither seen nor heard her approach, I gasped at her sudden appearance. She smiled.

“My name is ...” Her eyes clouded for a moment, then cleared. “Lith. I want to be one who joins you on your quest.”