Charly Knox has everything—married to handsome, major league baseball shortstop, two darling little girls, a beautiful home in an upscale suburb. What more could she want? Other than the love of her husband?

Andy Knox has everything—a gorgeous, smart-as-a-whip wife, beautiful twin daughters, plenty of fame, and more than enough fortune and friends. What more could he want? Other than the love of his wife?

Their marriage isn’t over, but stalled, stuck. Regardless of status, they’re bogged down in the rut that work, kids, familiarity, and life in general can become.

Can Madame Eve “light the fire” and again show them why they fell in love in the first place? 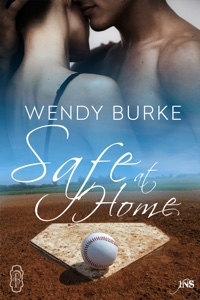 Ten minutes later, two little girls were both dry and asleep. And, as Breanna insisted, in their parents’ bed. Charly rested her head against her husband’s. “Sorry, hon.”

She looked around the bed. “The interruption. My irritation. Too little of you know what these days, and then….”

“Hey.” His warm fingertip lifted her chin. “I love you.” Kissing her gently, he promised, “There’s always tomorrow.” He winked at her in the darkened room. “And I’ll make sure you get off like you’ve never gotten off before.” He stopped for a moment, cuddling a daughter. “Anyway, this is almost as good.”

“I guess we need to put a lock on that door.”

“What for? That would ruin all the excitement!”

Quietly, as to not wake their girls, they laughed together.

The thoughts that had darted to the front of her brain earlier in the evening, returned. A question spilled from her mouth before she had any chance to stop it. “So, this trade,” she began.

No, not my given first name, this is not going to be good. “You know, don’t you?”

So you were keeping me in the dark! “Just tell me, Andy.”

“No….” With the utterance of that one word, she knew. A city she loathed, a metropolis that had emotionally chewed her up and spit her out. She hadn’t been to The City in more than a decade, and it would take some doing to get her to return.

Swallowing hard, she blocked the tears. A defeated, disgusted sigh left her. “No, Andy, not New York, not the Titans.” Cuddling Chloe closer, she turned her face from her husband and cried herself to sleep.

Two weeks later, the spring baseball rituals began. As much as she hated it, still Charly put on a happy face. If this were any other year, the girls would’ve been outfitted in little Milwaukee Breakers shirts, but mentally holding her nose, she honored her husband by dressing them in tiny Titans jerseys. They sat atop their father’s carry-on at the front door.

Charly watched as he squatted in front of them.

“Daddy’s going to miss you.” He clutched them tightly, smooching them wetly on the cheeks.

“We come see you, Daddy,” Chloe told him.

“That’s right. Mommy will bring you.” Hugging them again, he said his good-byes.

When he rose to meet Charly, there were tears in his eyes.

Taking her into his arms and holding her tightly, he whispered, “This gets harder all the time.”

Knowing that, she didn’t let on how much his leaving affected her as well, especially since in Florida, there’d be no familiar faces to hang with, no women who understood her and she them. She’d be with strangers. “But, it’s what you do, honey.” She hugged him in return, kissing his cheek. “We’ll see you in a week or two.” His hold tightened about her.

His voice quiet, nearly apologetic, he confessed, “I’m sorry we haven’t had a chance to ‘get busy’ lately, Charly. You know how much I’m going to miss that.” He kissed her ear, his voice even more quiet, secretive, “I’ll ask Mom to come to Florida with you. We can get a little alone time then.” His took her face in his hands and brought his lips to hers for a long, deep, gotta-make-it-last kiss.

When the car service driver rang the doorbell, a not so pretty chapter in their lives began. 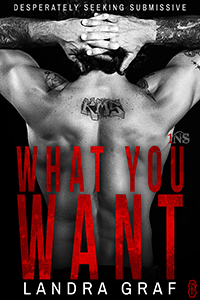 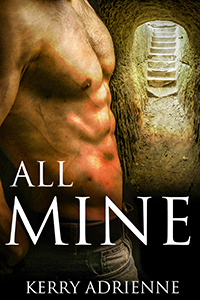 All Mine (1Night Stand collection)
Kerry Adrienne
In Shelf
$4.99