Matte, pronounced mah-tay, is the word used in some forms of martial arts to stop a fight. It’s the Japanese word for stop or wait. Sam (short for Samantha) has made a hobby out of learning the various fighting disciplines, but she also happens to be a sexual submissive. What better safeword than matte?

Sam wants to find someone to submit to who she can’t beat in a fight. She’s tried to make it work with men from the scene who know nothing about fighting, but it doesn’t feel real to her – she needs someone who can truly control her. However, after dating from the fight scene and discovering not all guys like to spank their girlfriends, she’s decided to just back away from the whole dating thing for a while… until Fate decides to step in.

Shari at Delighted Reader rated it an A, and said it's an incredibly honest, refreshing and delightfully painful book.

Rebecca at Guilty Indulgence gave it a 4 out of 5. She says:

It gets right at the heart of the fact that submission is not a weakness.

Diana at The Forbidden Bookshelft gave it 4½ stars out of 5 and said:

When it comes to S&M love stories, Candace Blevins knows her stuff. Her latest SAFEWORD: MATTE hits *all* the right buttons for my inner masochist. It gives a positive portrayal of a safe, sane and consensual S&M relationship. Yes, there are “loving sadists,” and the book’s hero, Ethan, is a swoon-worthy example.

The house was huge, and Sam saw why the instructions were to be clothed in vanilla clothing while upstairs. Looking through the front window she saw more than a dozen people in the front room, some of them around a beautiful grand piano, others seated on sofas, and others standing around talking. Tyler rang the doorbell and they were greeted by a dazzling woman who looked as if she stepped off of a fifties television set – pearls and all.

“Tyler, Vivian! Oh, and you must be Samantha! Please come in and I'll introduce you to the crowd and then leave it up to them to introduce themselves to you.”

They followed her in and Peggy said, “Everyone, for those who don't know them, this is Tyler and Viv. They've brought a friend, just a friend, she's not attached to them, I understand. Her name is Samantha. She's not new to the scene, those of you who spend time in Nashville may already know her. But she is new to the Chattanooga scene, so everyone please introduce yourself to her.”

“Sam. She goes by Sam, not Samantha.”

Sam looked up, startled to hear that voice here. Ethan. Her heart dropped into her feet as she watched him walk across the room and stop when he was standing in front of her, towering over her. In her space.

He touched her cheek, running a single finger gently across her cheek and then pushing her hair back over her shoulder.

Speaking softly, so Tyler and Viv were probably the only others in the room who could hear, he said, “This is why you aren't interested in men from the fight scene anymore? You're only interested in men in the kink scene now. Is that it?”

Sam felt herself nodding before she realized she was going to. Mesmerized by his eyes, his face, his mere presence, a wall of muscle towering above her. And his sexy voice that did something to her deep inside.

He gave a languid half smile. “I’d kiss you now, but Peggy would have my balls for doing it in front of the window where the neighbors might see. Can we go to the den and talk?”

Tyler spoke from her side. “You good with this, Sam?”

Taking a few seconds longer to answer than she should, Sam finally found her voice, speaking quickly to try to cover for being momentarily speechless. “Yes. Tyler, Viv, this is Ethan. Ethan, my friends Tyler and Viv.”

Tyler extended a hand. “Nice to meet you Ethan. Sam came with me and my wife, so I feel a bit of responsibility towards her, though she’s more than capable of taking care of herself. Still, you should know she's got someone looking after her.”

Ethan shook his hand and said, “Nice to meet you, too. I won't do anything out of line, and I think you just answered my final question. When she first walked in I was terrified she might turn out to be a Domme, but I believe you just confirmed that’s not the case.” He turned his head back to look at Sam again. “Will you go to the den with me where we can talk? It's upstairs, not downstairs. It's just been set aside for one-on-one conversation that can include kissing.”

Sam managed to surface back into herself while Ethan and Tyler were talking, so she said, “Let me meet some of the people out here first, so I don't seem rude, and then maybe we can hang out and talk for a while before slinking off to a dark corner?”

He looked at her a second before smiling and saying, “Of course, how rude of me to want to just whisk you off. “

They spent the next thirty minutes or so talking to people and being sociable. Peggy had requested everyone dress vanilla as they would for a casual summer daytime party, and that’s what it looked like, if you couldn’t hear the conversation. Sam had worn khaki crop pants and a clingy black shirt with black strappy flat sandals. Ethan was wearing pleated black twill shorts and a khaki colored button up shirt, so the two of them matched, sort of.

Sam noted Ethan was being a perfect gentleman, keeping his hands to himself for the most part with only an occasional touch to her arm or briefly around her waist to get her attention or aim her in a different direction. She also noted everyone in the room realized he’d claimed her, and no one challenged the claim. She was deciding how she felt about that when he lowered his mouth to her ear. “There are some snack foods in the kitchen, if you'd like to head there next?”

“Sure, I'm not really hungry but some water would be nice.”

He put his hand on her back, between her shoulder blades, and she felt her insides go all tingly again as she walked with him to the kitchen. He pulled two bottles of water out of the ice chest and handed one to her. “There’s a screened in porch with ceiling fans, it doesn't look like anyone’s out there if you'd like to go out there to talk instead of the den?”

Sam smiled. “I'm not afraid to go to the den with you. I just wanted to meet the others while the party’s at the meet and greet point. I've been going to Nashville for scene related stuff because I was worried about my career if people found out I was kinky. But, if I want to find someone local who is also a Dom I need to connect with the local scene. What are you looking for? Do you want twenty-four seven, or just want to top someone during scenes... or do you even know what you want?”

He shook his head. “Okay, I'll answer your question first, but then I have some of my own. I'm not sure how to describe what I want. I don't want a slave, I want someone with a brain, someone who makes decisions about her own life. But I want someone who is mine sexually. So, I guess twenty-four seven is kind of accurate, because I want to be able to demand sex anytime. But in reality I’d never insist on sexual favors when it might jeopardize someone's job, so it's not really twenty-four seven since I wouldn't demand it, even if I was rock hard and needed release in the worst sort of way, if she was about to leave for work, for instance. My turn for a question: where do you work?” 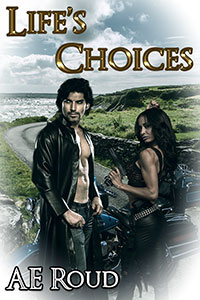