A Little Something for Santa: As the holidays approach, Patrick confides in his coworker Chris about his attraction to older men in Santa suits. When both men work late on Christmas Eve, Patrick decides to be charitable and give his coworker a little something special ... if he manages to pull off the costume. Who says Santa only comes once a year?

Boy Toys: Jason's boyfriend Chad recently moved out, effectively ending their relationship. A few weeks before Christmas, Barry calls to invite Jason to a holiday party in the hopes of cheering him up. Turns out it's a sexy toy party, and when Jason's talked into helping out, the sexy host Nigel has something special in store for him after the party.

Santa Vic: Vic's boss asks him to don the Santa suit for the company's employee family Christmas dinner -- again. The kids love him. One little boy in particular wants to make sure Vic -- or rather, Santa Vic -- doesn't forget his sister, who's in the hospital for the holiday.

Secret Santa: When Micah's secret Santa seems to have a not-so-secret crush on him, he narrows down the culprit to two coworkers, Brady or Jonathan. Brady's gay, but Jonathan's the guy Micah likes. Just when Micah decides to give Brady a chance, though, it appears Micah might have made a mistake. Is Brady really Micah's secret Santa? Or does Jonathan have something he wants to confess?

This Christmas: A new take on a familiar holiday classic. Ned Matthews is a college student haunted by his last boyfriend’s infidelity. Ned would rather wallow in self-pity than spend Christmas with Bobby, even though they’re the only two students on campus for the holiday. Can Bobby show Ned the holiday is better with someone to love? 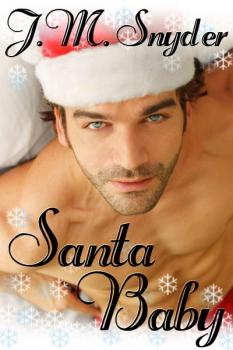 At the staff meeting, Micah only half-listened as Mr. Patterson reviewed the projects that needed to be completed by the end of the year. Instead he focused on Brady -- was that a smirk playing around the edges of his coworker’s mouth? Did it have anything to do with the box of condoms sitting in the bottom of Micah’s drawer?

Two hours later, Micah followed Jonathan to the small kitchenette, which was hidden from view of the reception area and Shelley’s desk by partition formed from sleek black filing cabinets. As Jonathan refilled his coffee mug, Micah leaned against the small sink counter and sighed. “Who’d you get for secret Santa?” he asked his friend.

Jonathan gave him a sideways glance that spoke volumes. “If I tell you and Shelley overhears, I’ll never hear the end of it.”

“She won’t hear you,” Micah murmured.

From the other side of the filing cabinets, Shelley called out, “I heard that. Jonathan, don’t you dare tell him.”

“See?” Jonathan grinned. “No offense, but I’d rather have you ticked at me than her. At least you forgive and forget.”

Moving closer, Micah whispered, “Do you know who has me?”

Jonathan gave him a sympathetic shrug. “Sorry,” he mouthed, stirring creamer into his mug of java.

Micah waited for the phone to ring. He didn’t have to wait long. As soon as he heard Shelley say sweetly, “Patterson and Associates,” he told Jonathan, “I got a gift this morning. You’ll never believe what it was.”

One eyebrow rose in question. This close, Jonathan looked perfect -- his lips seemed chiseled from stone, his cheeks smoothly shaven, his eyes large and dark. It’s just not fair, Micah thought, not for the first time. His fingers itched to ruffle through Jonathan’s short-cropped, sandy blond hair. You want to really surprise me this year, Santa? Give me this guy, right here, wrapped in a bow under my tree on Christmas morning. Let’s see you make that wish come true.

Micah only realized he was staring when Jonathan prompted, “You’re not waiting for me to guess, are you? Because I have no clue.”

“Condoms.” Micah practically breathed the word -- the last thing he wanted was for Shelley to overhear. “A box of condoms. What the fuck, you know? I’m thinking it’s Brady.”

If Jonathan was surprised, he didn’t show it. Slowly stirring his coffee, he asked, “Why?”

“It’s obviously a joke,” Micah explained. “Unless he wants to get with me, and hopes maybe I’ll use them on him? No. Just no.”

Jonathan cracked a half-smile. “Aww, why not? ‘Tis the season and all that. Give the guy a break. Maybe he likes you.”

Micah huffed. “He better not. He’s so not my type.”

“Which is?” Jonathan asked.

You, Micah thought, but he bit his tongue to keep from admitting it out loud. He wasn’t the kind of guy who hounded after someone not interested in him. That wasn’t his thing. He had his pride.

True, but that doesn’t mean I can’t lust after him, right? Where’s the harm in that?

Jonathan reached toward him, and for one heart-stopping moment, Micah crazily thought maybe his friend was going to pull him into a quick embrace. But he just dropped his spoon into the sink behind Micah and moved away. No touch, no hug, nothing. “Maybe it isn’t Brady,” he offered, sipping his coffee. “Maybe it’s someone else.”

Micah thought a moment, then shook his head. “I doubt it. It’s him, I know it. This is just his style.” When Jonathan turned away, Micah nudged his friend’s foot to get his attention again. “So what are you doing for the holidays? Any plans?”

Jonathan shrugged. “My mother’s making noise about me visiting, but I’m not going down until the day after Christmas. The last thing I need is a house full of my sister’s kids shattering my peace and quiet, you know? What about you?”

“No plans,” Micah admitted. “It’s just me and the dog. Maybe we can go out for a drink or something on Christmas Eve. How’s that sound?”

“Is any place open?” Jonathan asked.

Micah didn’t know. “I can look around.”

With a nod, Jonathan said, “Sounds good. Let me know and we’ll do something. Dinner maybe, a drink or two.” He winked. “We could invite Brady, if you want.”

Jonathan laughed. “Too bad. With those condoms of yours, you might get lucky.”

“I’m not that desperate,” Micah pointed out.

Jonathan grinned and turned away. Micah watched the way his coworker’s pants pulled across those high, tight buttocks, and felt his cock swell at the sight. Who was he kidding? If Brady asked nicely enough, Micah would do him, no question. He hadn’t gotten laid in months.

But he’d think of Jonathan the entire time. 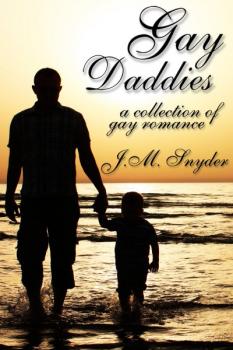