Londoner Ernest Porter wasn’t looking for love that Saturday morning. Nor was he looking where he was going.

Fortunately PC Liam McAvoy was looking, and saves Ernest from falling into a hole caused by a missing manhole cover.

The weather is hot, and wanting to thank Liam for saving him, Ernest offers the policeman a glass of ice tea. They talk and Ernest finds himself increasingly drawn to the young constable. But it can’t go anywhere. Liam isn’t gay, there’s a big age difference between them, and Ernest is still hurting from a previous betrayal.

After weeks of internal struggle, Ernest finally confesses all. Liam’s reaction is not what Ernest expects. 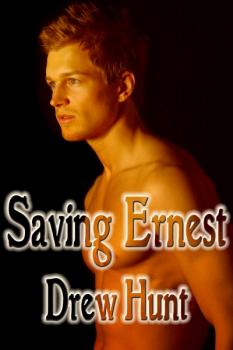 I slowly made my way back along my street of Victorian terraced houses while leafing through my magazine. I was engrossed in an article on Project Ultra, the top secret code-breaking experiment that the allies had set up during the Second World War to intercept and decode the Nazi’s military signals, when a beautifully soft Irish voice brought me back to the present.

“Huh?” I looked up just in time to save myself from falling into a hole in the pavement caused by the absence of a manhole cover, or whatever the now politically correct term for such things were. Somehow ‘person-hole cover’ didn’t well ... cover it. “Thanks,” I said, smiling into the beautiful face of a policeman. I took in a sharp breath as the full impact of this stud’s magnificence impacted my brain. It was a good thing I was wearing loose shorts because Mr Happy was ... extremely happy at the sight of the broad-chested hunk in front of me.

PC Plod stood arms akimbo, his whiter than white short-sleeved shirt stretching over what looked like a wonderfully muscled chest and oh-so-broad shoulders. The top button of the shirt was open to reveal the beginnings of a curly carpet of dark-red chest hair.

A quick sweep of my eyes upwards revealed a dazzling smile, the teeth just as perfectly white as the shirt. And such piercingly clear blue eyes. I began to melt. This man could either model clothes or toothpaste. And the hair…a tight mop of curly red hair topped this 6 feet 3 inch Adonis. I longed to run my fingers through those locks. But my eyes travelled downward to his not inconsiderable crotch.

His legs -- encased in dark blue uniform trousers -- looked thick, strong, and I hoped muscled ... I swallowed and moved my eyes further downward. The stud was wearing a large pair of shiny black shoes. At least size 12, I thought. I wondered about the authenticity of the old adage regarding the correlation between feet and cock size. Oh, to get my hands on that truncheon. Yes, I knew British policemen wielded nightsticks these days, but it wouldn’t have had the same literary ring to it. This man, who was sent out daily to protect innocent citizens, looked to be in his early thirties. He could protect this innocent citizen, anytime. Though I had lost my innocence -- or rather faith in human nature -- thanks to that bastard of an American student, Bradley Talbot III, quite a number of years ago.

Here was this gorgeous hunk, and here was I. Average in most senses of the word, from my modest features, medium length brown hair, grey eyes. All right, I was a smidgen under six feet tall, but my forty-one year old frame was slightly overweight. And my dick -- average-sized. That was me in a nutshell: average, average, average.

“There’s been a spate of thefts of manhole covers lately,” the vision said.

I hope I said something intelligible in response, as I found myself drawn ever deeper into those eyes.

“You all right, sir?” He was speaking again.

“It’s a bit much, isn’t it?” Plod said, using his cap to fan his beautiful face.

“Yeah,” I said dreamily. “Forgive me. Will you have to stop here for long?”

“Until the Council comes with another cover. I’ve radioed in, but you know what it’s like to get a Council workman out, especially on a Saturday.”

“Yeah,” I said distractedly. I had to snap out of this before I made an even bigger prat of myself. “Look, I was just about to go back inside to my place for a glass of iced tea.” I pointed at my front door immediately behind him. “Would you like some, too?”

“I’ve never tried it, but it sounds nice.”

“An American friend ... an American who I used to know,” I said, trying to keep the grimace off my face, “got me hooked on the stuff. It’s just the thing on a hot day. I’ll bring you out a glass, shall I?” 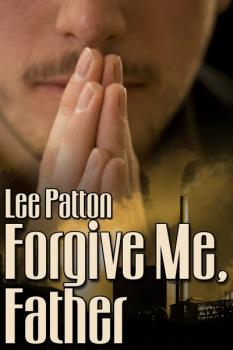