As the Scion of the House of Dracul, vampire princess Cassy Daniels just wants a simple, royal-free life in New Atlanta. It’s been thirty years since The Fall, when the world’s economy collapsed. Although supernatural creatures are helping to rebuild society, Cassy remains in hiding to avoid an arranged marriage.

When her journalist bodyguard and best friend, Erica, is assassinated, she flees for her life with the help of Detective David Ashe. He’s reluctant at first. She used him a few weeks prior. However, she’s the sole survivor of a serial killing and his only lead. Something about David is magnetic and Cassy falls for him hard.

Can they find Erica’s killer before he finds them? Can David forgive her past enough to love her? Can the Council of Crones, a coven of elder witches, provide more insight as to who is hunting Cassy and why? Will she survive the assassination attempts and still hold on to the man she loves?

More From House of Dracul

All the air seemed to be sucked out of the room. Cassy couldn’t breathe. She tried to pull some into her lungs but nothing happened. It was for the best. She was sure if she could inhale she would have screamed. There was no guarantee if she started she would be able to stop.

Crushing grief filled the numb empty voids in her mind. Pain and loss flashed in the form of memories. Images of Erica humming while braiding Cassy’s hair, a silver needle flicking in the candlelight as she repaired a hem, and watching her unpack in their first apartment blocked out anything Detective David Ashe was saying.

Slowly the world returned. It was like having the sound off and hitting the volume in increments. The muffled noise turned into indistinguishable words and then understandable phrases.

“I asked if you needed to call anyone, Miss Daniels,” Detective Ashe repeated. He had placed a hand on her shoulder and tilted his head to match the angle of hers. She had not noticed him sitting beside her. Numbness made her brain hazy and her limbs feel hollow.

A shuttered rasp of air entered her body. No scream followed. She could speak at least. “No. Thank you. She doesn’t have any living family members.”

“Is there someone you can call to stay with you? You’ve had a serious shock.”

“No. I don’t want to call anyone. Besides, the sun is rising now. There is no time. I need to lie down,” she said. She put a hand to her forehead. She could feel her powers slipping away. Weariness took their place.

“We will have a man on the door until sunset. Don’t worry about being alone. We will need a statement about anything that can help us find who did this,” he assured her. She nodded in assent.

“Could you stay with me?” She wanted someone familiar, even if he did not know how familiar they were.

“No, I’m afraid not. I have to get back to the office and file all the paperwork. The ring is now evidence and needs to be locked up,” he stated.

Cassy could not say anything. She nodded in acceptance and walked to her bedroom. The door clicked behind her, and she waited for him to leave. She leaned her head against the frame and listened. The front door opened, two men spoke in low voices, and the door shut. There were footsteps in the hall walking away. Cassy left her room long enough to lock the front door and shoot the dead bolt. Just for added effect, she slid the chain lock into place. The scratching sound it made as it moved against the door made her feel safer. It was the first time she could ever remember using it. She shuffled back to her room and fell face-first into bed.

Sunset came and with it Cassy’s powers. She was like a battery recharging. She sat up and rolled her stiff neck. Looking down, she realized she was wearing her work clothes from last night. Grabbing a pair of jeans and a T-shirt, she headed for the shower.

The mirror revealed a light crust of dark dried blood streaked down each cheek. Cassy had been crying in her sleep. She opened the medicine cabinet for her face wash. A folded note fell out. Erica’s familiar scrolling script stared up at her.

If I go missing, do not go to the police first.

Cassy was horrified. The paper trembled in her hand. He was the last person she wanted to alert to the situation. Erica must have been very afraid to leave her this instruction. It was possible he already knew. He had ties to them both, Cassy by blood and Erica by magic. She folded the note and tucked it into her jeans pocket.

If anyone knew she was up, they had not acknowledged it. Her evening started in the usual way, minus her best friend. She showered and dressed. Last night’s leftover blood twirled in the microwave long enough to knock off the chill. A second mug sat on the counter unused. Getting it out had been automatic. She put away the now-useless mug and sipped her breakfast without turning on the TV.

She heard someone in the hall cough. There were male voices speaking in hushed tones but were still audible to Cassy.

“Should be. Sunset was a while ago,” Guy Two replied. “Why? Wanna volunteer for breakfast duties? I hear she’s hot. Might be something more in it for you.”

“Hell, no! Do I look like a blood bank to you? I just wanna get out of here. This place gives me the creeps,” Guy One confessed. “I saw two werewolves and a ghoul just this afternoon. They said hi and waved at me like they were normal!” Heavy footfalls stopped their conversation.

“Sorry, sirs, we aren’t allowed to let anyone in without authorization. You’ll have…” Guy Two said. A choking sound cut him off.

There was a scuffle. Two bodies could be heard slamming into the wall with wet ripping sounds and something heavy sliding down to the floor. The doorknob tried to turn and shook. It was still locked. A shoulder slammed into the steel door but didn’t manage to break it in on the first try.

Cassy dropped her half-empty mug. She sprinted to the fire escape. Her bedroom window protested when she gave it a hard shove. Crawling out onto the steel balcony, she shut the window behind her as quietly as she could. A second slam at the front door broke the locks. The chain had caught. Cursing followed. It took a third slam to break the chain. Grateful she remembered to wear sneakers, she hurried down the stairs to the bottom ladder. Above her were sounds of a window breaking. Glass rained down on her. The lowest ladder was padlocked. She could not get to the sidewalk. In her panic, she jumped over the railing fifteen feet to the ground. She landed with a graceful crouch and sprinted down the street. Her father had never trained her to fight, but she had been trained to evade and run.

Staring at his dark-brown eyes, she slowly pulled the keys out of his hands and dropped them on the ground. Her hand slid up his stomach to his chest and then pushed his frock coat off his shoulders. With the coat halfway down his arms, she pulled him to her, kissing him. The tip of her tongue touched his lips and he opened his mouth. She deepened the kiss for a few moments more and pulled away.

He drew in a long breath and let out a half-moaned sigh as he palmed her breasts. She wasn’t wearing a bra underneath the halter top. He dropped his arms and allowed the coat to slip off. She reached up and untied the top behind her neck. It dropped down, exposing her hard nipples. He rolled them between his thumbs and forefingers. She shivered with delight. He mistook the tremor for being cold.

“It’s chilly out. Do you want to get in the car?” His hands didn’t leave her breasts.

“No. I’m fine right here.” She undid the hooks on his pants and opened the fly. As he twisted and rubbed her, she slid both hands down the front of his undershorts and gently kneaded his balls.

“Mmm…That feels great,” he sighed. Moving his hands down to cup the base of her breast, he bent his head low and ran his tongue across one nipple and then the other. He began sucking her breasts in turn. She turned him loose and arched back to lift her chest higher.

He put one hand between her thighs. Cassy’s skirt was short. There was nothing to lift to gain access. His fingers brushed her neatly trimmed bush. He glanced up at her in surprise.

“No panties. I hate ’em. They get in the way,” she whispered. He hummed his agreement against the breast he still had in his mouth. She parted her legs enough for him to explore her further. This brought more humming.

Fingers slid across her sensitive pearl and down to her waiting pussy. First one, then two found their way inside her slit. She was so wet he hardly had to try working them in. As he fingered in and out, he started kissing his way up her neck. A thrill ran through her when he lingered over her carotid artery, kissing and licking it before moving up her jawline.

He slipped his fingers out of her and released his stiff cock from its confinement. Gripping the base, he whispered in her ear, “Do you want to suck this? Or do you want me to fuck you?”

Too hot and eager to care about anything else, she begged, “Fuck me. Just fuck me, please.” Something about this man was unexplainably magnetic. He drew her in, made her want him. She was impatient to have him take her. She would have loved to suck his dick, to roll her tongue across the head and taste his sticky pre-cum, but the burning need to have him in her snatch overrode everything else. Fangs and sucking cock were tricky things to juggle when the need to fuck raged like an internal wildfire.

“That’s what I like, a woman who knows what she wants,” he purred. Pinning her body against his car, David pushed into her dripping cunt in one long stroke. Cassy pulled one leg up over his hip and curled it around his back. She wrapped her arms around his neck and shoulders to hold him steady against her. “Good girl,” he cooed. The praise sent a shiver up her spine. She wanted to open herself to him completely, to let passion consume her.

He braced one hand on the car and the other on her raised leg for more support. Once balanced, he pulled almost all the way out and thrust back in as deep as he could. Cassy let out a soft moan. He could feel her pussy quivering and gripping his cock, almost begging for more. Her juices flowed down over his balls. She was ready.

“Yes, please yes! Please, please, please,” she begged in a loud whisper. She laid her head back against the roof of the car and closed her eyes.

“Happy to oblige,” he said and started stroking her long and hard. 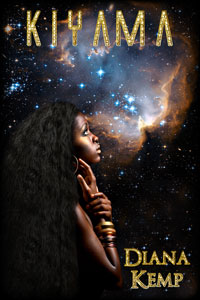