Stephanie Holbrook has a job she loves: assistant to Conrad Finch in a small regional theater that’s about a three dollars and a power outage from being torn down. Stephanie wishes her love life would be as perfect as her job. According to Stephanie, Mr. Right has to be strong and brave, with great values and good looks. A guy like Superman.

When Doug Castleberry shows up at her niece’s birthday party dressed as Superman, Stephanie is positive he’s not the real deal. He’s just a high school teacher making extra money by dressing up for kid’s parties. Hardly the strong and brave guy she’s looking for.

As the theater teeters ever closer to the edge of disaster, Doug proves to be a better man than Stephanie had ever imagined. Could he be the Superman she’s been looking for all along? 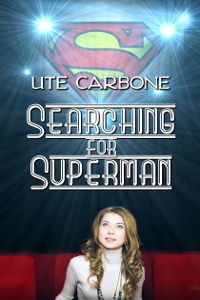 He didn’t look so much like Superman as a man dressed for a Halloween party. He was too short for a superhero, for one, only a few inches taller than Stephanie. He was more wiry than muscular. He was cute, though. He had a full head of light brown curly hair and nice eyes. Not blue, like Christopher Reeve’s had been, but hazel. The eyes were looking right at her.

“Spellman?” he asked. When she didn’t answer, he smiled apologetically. “The GPS in the van isn’t working. And this development is a maze. I felt like I was in an episode of Lost. In which I was really lost. I figured I’d eventually run out of gas and Jane would have to put out an APB.” He looked at Stephanie with those hemlock eyes again. “Sorry.”

“You are not supposed to be Superman.”

“What?” He went to the van and drew a paper off the seat. “I’m sure. Yup. Says right here. Superman.”

She took the paper from him and crumbled it. “You are supposed to be Cinderella.”

“No.” He looked at her with a combination of horror and confusion. “Cinderella?”

“It’s a princess party. So you better have Cinderella in that van of yours.”

“It’s not my van. And, no, I don’t have Cinderella hiding under the backseat.” He gave her a no-harm-no-foul sort of shrug. “Let me call Jane.”

Stephanie waved her cell phone at him. “What do you suppose I’ve been doing for the last hour?”

He turned to get back into the van. She gave his cape a tug. “You are not leaving. You can’t leave. There are twenty-five children terrorizing my sister’s house and you have to stop them.”

“No. I’m her sister. It doesn’t matter. You get in there and do whatever it is you do or I’ll get you fired.”

“That would be great,” said Superman. “Seriously, if you could get me fired.” He smiled. She glared at him. “Twenty-five?” She nodded and he shook his head. “No offense to your sister, but is she nuts? The kid is five, right? All the magazines say age plus one.”

“Are you going to help us out or not?”