Sebastian the Alchemist and His Captive (MF)

Heat Rating: Sensual
Word Count: 22,019
2 Ratings (5.0)
Historical
[BookStrand Historical Romance, capture, HEA]
He takes her for hate. Will he keep her for love?
Sebastian, lord of the tower in the northern high lands, is a proud, bitter man with a dark past. An alchemist and a warrior, he has had lovers but knows he is ugly—experience and betrayal have taught him that.  When Melissa, the beautiful, neglected daughter of two old enemies, falls into his possessive hands he is determined to hold her. Why?
As one of the detested and defeated Felix family,  Melissa must cling to her courage when she is claimed as a war-prize by the tall, grim Sebastian. Expecting torture and ravishment, she finds instead a peace and sanctuary that she has never known. Treated with kindness for the first time in her life, Melissa begins to blossom.
But there are secrets and old betrayals between them. Sebastian’s abiding jealousy is not easily quelled, especially when someone at the tower seeks to destroy his growing love with Melissa…
A BookStrand Mainstream Romance 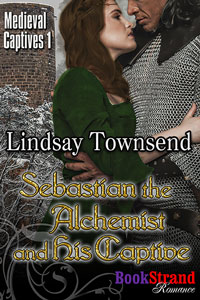 Sebastian the Alchemist and His Captive (MF)

Sebastian the Alchemist and His Captive (MF)
Lindsay Townsend
In Shelf
$2.50 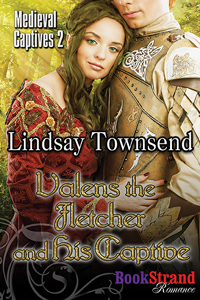 Valens the Fletcher and His Captive (MF)
Lindsay Townsend
In Shelf
$2.99 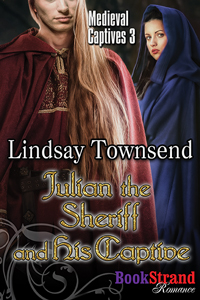 Julian the Sheriff and His Captive (MF)
Lindsay Townsend
In Shelf
$2.50 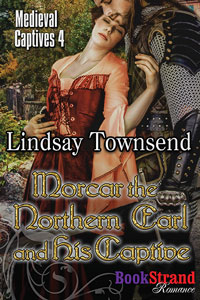 Morcar the Northern Earl and His Captive (MF)
Lindsay Townsend
In Shelf
$2.50
All Books In Cart
All Books In Bookshelf
Excerpt

Sebastian settled back in his chair. He still had many petitions to read and tomorrow he would fight a duel, with mace and daggers, but for the rest of the evening…Yes, he could grant himself the time, the indulgence. Ignoring the dull ache in his lower back, he stretched his long arms above his head.

“Robert.” He spoke quietly to the gangling chestnut-headed squire patrolling by the door. “Send the girl to me. Then get some rest before you fall over.” The youth had only lately recovered from a fever and even in the firelight looked as pale as the falling snow outside.

“I will sleep when you do, my lord.” Robert gave a brief, jerky bow and slipped from the stone chamber, his rapid footsteps fading in the vastness of the tower. Sebastian returned to his reading, making notes on the parchment, listening to the spit of the flames, and waiting. What will she be like? He had only caught a glimpse yesterday, when he had claimed her as his prize. The child of an old enemy and my first, unrequited love. What have her people told her about me?

The door swung open, slowly at first and then in a rush, as if whoever was entering was determined not to be cowed. Headstrong, just like her mother. Amused, Sebastian rested the tip of his writing quill on the tabletop to watch an energetic, vivid figure hasten into the chamber.

Sebastian raised the quill and the spate of words instantly stopped. “Closer,” he commanded, when the creature remained still, glancing behind her at the closing door. “Look at me, girl.”

She took a step forward this time, halting exactly in the shadows cast between the torches and firelight so that her face and form remained hidden. Arrogant and stubborn, just like her father. A whip of irritation cracked down his spine.

“Artos, guard,” he ordered the black wolf he had saved as a cub from a hunter’s trap. Artos yawned, stretched himself up from the rug by the fire, and trotted to the threshold. With widening eyes the girl studied the wolf as it began a steady pacing back and forth before the entrance.

“He is not my familiar, if that is what you are thinking.”

“Your shadow, then.” The girl swung round to face him. Her voice was low, cracking a little from nerves or disuse. “He is handsome.” Unlike you. The unspoken words filled the chamber like the apple-wood smoke.

Sebastian pushed back his chair and strode toward his captive, circling his prize as she stood stiffly at attention, her head held perfectly straight, her hands clenched by her sides, half-hidden in her once gaudy, now tattered, green and gold robes. In the shifting alliances of these lush and rugged highlands her kindred had backed the wrong overlord and lost. In the scramble afterward between the northern princelings for booty and lands, Sebastian had been able to take the girl, claim her by right of revenge. Revenge. What a monster she must think me, this dainty youngster, to make her pay for ancient hurts her father wreaked on me, for the old betrayals of her mother. Does she even know that pitiful tale?

He circled her again, sensing her quiver as he loomed. She was a brunette, but there all similarity between them ended. Where he was tall and lean and intense, large-jointed and craggy, precise from years of deliberate, often hard-won control, this tiny girl shimmered like a flame. Where his hair was black, dull and fine as silk, hanging straight to his broad shoulders, hers was the color of brimstone and treacle, long, heavy ropes of shining curling waves, sunset brown shot through with chestnut. Her father’s coloring, and wasn’t Baldwin always aware of his good looks? As for her mother in her—Sebastian halted before the girl and, with a long finger, tipped up her chin, glimpsing a pair of bright brown eyes in a freckled, delicate face. The child shifted, lowering her head in a gesture of apparent submission. The shape of her eyes are the same as Rosemond’s, but not the color. Her mother had blue eyes and gold hair and smiled like a Madonna, all the better to beguile men.

“Like but not like,” Sebastian murmured, releasing his grip and continuing his prowl. The girl was easily a head shorter than himself, small and thin, where Rosemond had been tall and stately. “How old are you?”

“Eighteen.” The bright eyes fixed on his and a spark of heat tingled from his chest to his groin in response. He saw her blush and wondered if she had also sensed the spark. “Eighteen, Sir Sebastian.”

He scowled at her address, disliking the arrogant assumption behind it that only knights had value. Just like her father. “I am no knight, girl, remember that,” he barked. She trembled and he could not decide if that was due to fear or revulsion. Watching the pretty glow drop from her face like a fallen ribbon, he decided it was both.

Irritated and a little ashamed with his behavior, he closed his eyes, desperately trying to entomb his own past within himself. “Who would care for such a lanky thing as you?” His mother had first told him that. “Sallow, dark, possessive,” a previous lover or two had complained, before each one had parted with him due to his jealousy. “An ugly, crook-nosed brute...” Sebastian remembered that description only too clearly, the taunts “ugly” and “crook-nose” following him throughout his service as a page, then squire, before he had turned his back on the cruel, glittering world of chivalry. And who had first called him ugly and crook-nosed? Baldwin of course, this girl’s father, jibing and taunting, bullying and tormenting, setting on him with his friends and cronies, four, five, six against one. Sebastian had stomached that but then worse followed—he had heard Rosemond agreeing with Baldwin, the pair laughing together, laughing at him. After all I did for her and tried to do for her, after I helped her, after I told her I loved her.

Strange after all these years that it should still ache so much, as if an anvil had been hurled into his chest. Fighting the despair, Sebastian growled like Artos and shook his head to clear it. Here he was, aged three and thirty, still re-fighting old battles, old hurts. I am pathetic.

He opened his eyes, relaxing his grip on the quill before he shattered it. 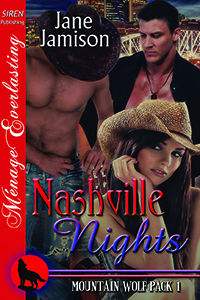 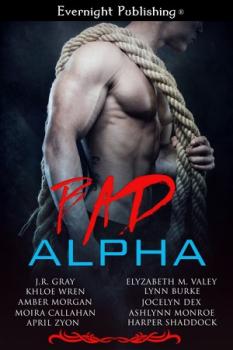 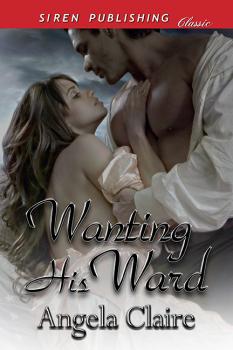