When the hot, sexy guy intimately caressing Celestine in her dreams turns out to be a real life man in her bed is it moonlight madness or is she just one very lucky girl? Should she be offended this man just wants a moonlight ride with any available woman or let him take her as her heart desires?

The woman in Nick's arms is different to any he has ever tasted. Seducing Celestine into submission becomes one sexy challenge he cannot resist. But someone else wants Celestine and it has nothing to do with sex.

Can lust be love? Can she stay out of trouble long enough to find out?

"...lots of sex, lots of mystery, multiple plot twists and conflicts galore... Seducing Celestine was a good read and I'm sure readers will enjoy it as much as I did."

“Oh God, don’t stop…please do not stop…” Celestine Holt moaned as she clutched the man’s head to her breasts. His mouth was so hot and insistent as his lips sucked down hard on her nipples while his fingers gently stroked her clit. Her whole body was on fire! Celestine cried out loud and spread her legs wider to accommodate him. Whatever this man wanted he could have. She was totally and utterly his. This was one hell of a dream and there was no way she wanted to wake up now and ruin it by denying him access.

It occurred to Nick Swan that the woman writhing hot and naked under him was not who he initially thought it was. He thought when he climbed up the trellis and in though the darkened bedroom window of Tess Mackenzie’s home, he would find his sometime lover Tess in this bed. That was only logical. After all, it was her home and he had climbed through her bedroom window many nights before to take what they called a “moonlight ride”. But this time was different. In the dim moonlight that shone through the windows, he knew these luscious, full curves beneath him did not belong to his sometime lover. Intriguing…

Nick should have known the legs he was lying between did not belong to Tess. But it was dark and he hadn’t seen Tess for a while so he just assumed she had gained some weight in some provocative, sexy areas. Nick knew bodies had a habit of expanding and contracting. And the naked body beneath him was everything a man could want—big suckable breasts, a wet accommodating pussy and soft strong thighs that could draw and hold a man immobile as he thrust hard inside this woman. So while he had been surprised and pleased at the generous curves that met his hands, it was not until the woman moaned out loud that he realized his mistake. However, encouraged by the woman’s response, Nick wasn’t inclined to stop.

“Please…” The hard, long cock that pulsated against Celestine’s inner thigh was so real and full that she wanted it inside her now. If anyone woke her from this dream before her dream lover fucked her she would kill them. She was on fire with wanting this man.

“Please what baby,” Nick crooned as he lips slid up the soft skin of her neck.

Nick slid his fingers inside her vagina. She was wet and slippery and more than ready for him. Whoever she was he wanted her now.

“How badly do you want me inside you?”

“Real bad…” The fingers gently thrusting in and out of her body felt awfully good and fantastically real as she bore down on his hand wanting to suck him inside.

Nick could barely see the woman in the moonlight yet the shape of her shoulders and her breasts as she arched toward him eager for his touch had Nick entranced. He leaned forward and kissed her.

As his tongue slid into her mouth, Celestine groaned.

“Best kiss ever…” Her eyelids fluttered open to look at her dream lover. She had to make sure she remembered this man. In lieu of a real lover in her life, this dream alone would keep her sexually satisfied for days. Dark hair, broad shoulders and…as her eyes opened fully she saw the lustful gleam in his. This seemed awfully real what with the taste of his lips on her and his fingers moving insistently inside her. Why couldn’t she feel like this in all her dreams? Wait a second. Should she be feeling all this? His mouth, his hands, his cock against her leg? It was a dream wasn’t it? Couldn’t be anything else…could it?

“Oh baby, you are something else.” Nick’s mouth went back to suck down hard on her swollen nipple. His free hand caressed her other breast and down the swell of her hips. He was longing to slide his cock inside the hot core of her.

Celestine put her hands on her dream man’s awfully real shoulders. Warm, smooth and strong. She ran her hands down his chest to feel his heart beat…heart beat? Did you feel heart beats in dreams? Uh oh…what if…

“You’re not a dream….” It was a both statement and question. She wanted to be rational and logical but the intense aching need between her legs made her open to suggestion. If he was a dream then the sleeping pill she took earlier should be prescribed to every woman on the planet if a man like this was going to visit their dreams.

“I’ll be whatever you like.” Nick leaned forward and kissed her again.

Okay, that sounded not only sexy and promising but also very life-like. Celestine pushed against his chest breaking off the kiss. Her mind was whirling. Was this dream or reality? If it was a dream it shouldn’t matter what she let dream lover do. If it was real life then this man had a lot of explaining to do and she was going to be as frustrated as hell.

“Tell me what you like, baby.” Nick’s mouth went back to her breasts. 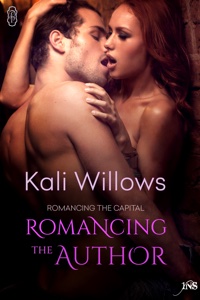 Worth Fighting For (MF)
Tigertalez
In Shelf
$5.99
Tweets by
sirenbookstrand