Holly wants more than just an autograph from TV’s sexy Chef Burley. Every time she watches the celebrity sweating over a hot stove, she imagines him sweating on top of her. Holly’s not usually the kind of woman who would throw herself at a man, but she’s willing to make an exception for Chef Burley.

Every woman at the book signing wants a piece of the sexy celebrity chef. How will Holly stand out from the crowd?

Holly didn’t care if everyone thought she was crazy—she was going to get more than just an autograph from Chef Burley.

“I can’t get enough of Chef Burley,” said one woman in the line-up.

“I know what you mean,” another chimed in. “Every time I watch his show, it gets me so worked up I pounce on my hubby. Poor guy doesn’t know what hit him!”

Holly hugged Chef Burley’s cookbook tight to her chest. As far as she knew, the sexy celebrity was single, just like her. Those women didn’t know how lucky they were, having husbands to warm their beds. If they realized their good fortune, they wouldn’t be hanging around out here, discussing all the dirty things they’d like to do with the chef.

When the line finally started to move, Holly’s stomach dropped. No, she couldn’t do this. Come face to face with the man whose presence, even on TV, made her ache with want? No. No way.

But she didn’t turn around. She didn’t leave. As the line moved forward, so did she, step by step, until an assistant asked her, “Who would you like your autograph made out to?”

Without another word, the austere assistant tore the cookbook from her arms.

She was still three side-steps away from Chef Burley, but if she leaned forward and looked down the table, she could see him. He was right there, in the flesh! They were breathing the same air. Unbelievable!

Holly bit her lip to keep herself from squealing. She always squealed when she watched his TV show—squealed, and throbbed, and wished for just a few minutes alone with him.

When Holly’s turn came up, her knees nearly buckled. She’d worn a push-up bra, just for him. Bending forward, she let her low-cut blouse fall open. For Chef’s eyes only!

Chef Burley looked up, and his eyes bulged. A playful smirk bled across his lips. “Have you been waiting long?”

Holly giggled like a schoolgirl. Oh, his accent! He was so sophisticated, so unlike the blockheads in this town. She wanted to grab his white chef’s jacket, pull him across the table, and kiss him until he couldn’t breathe.

Instead, Holly tittered and chewed her nail while Chef Burley scrawled his signature across the front page of his book. Every day on her way to work, she rehearsed what she’d say if she ever met him. Now he was right there, close enough to grab, and she didn’t know what to do.

“Thanks for buying my book,” Chef Burley said, looking her straight in the eye. Oh, those baby blues! They made her feel faint. “I hope you enjoy it, Sally.”

She giggled and nodded as a second assistant handed back her copy of the cookbook. Their gazes lingered while she backed away. She was so besotted she just about walked into the drinks table.

Taking a glass of white wine, Holly sat at one of the tables and opened her book. Sure enough, the inscription was made out to Sally, not Holly. That assistant must have given Chef Burley the wrong name. She thought to go back, but she didn’t want to make a fuss. She was embarrassed, even though the mistake wasn’t hers.

The afternoon passed in a haze. Holly leaned her elbows against her lonely table and gazed meekly at the celebrity. He was even more striking in person. His blondish hair was styled haphazardly, his face clean shaven, his features somewhere between chiseled and boyish. She wanted to see his arms, his chest, his whole body, naked. He was right there, and yet worlds away.

“We’re closing up now,” one of the assistants said, interrupting her hardcore fantasy of showering with the chef. “Thanks for coming.”

Holly couldn’t believe he remembered her name… even if it was the wrong name. She told him about the mistake, and saw genuine concern in his face. He said he’d correct the error. If she gave him her address, he’d send her autographed copies of all his books.

Holly couldn’t help herself. She sprung up from the chair and wrapped her arms around his neck, saying, “Thank you, Chef.”

Once she’d pressed her body against his, she couldn’t move. Her breast swelled against the solid plane of his chest. Her whole body felt full, warm and tingling. She just wanted him to… take her. 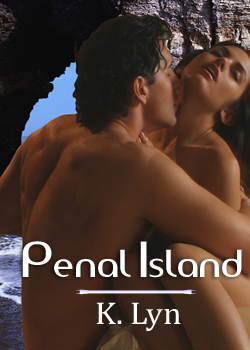