Six months ago, Hunter’s life turned upside-down. Seeker is dead, a tragedy that’s left Hunter empty and alone. Talon, an agency of superhumans, now looks to her for leadership. When several agents are found dead with mysterious injuries, she has no choice but to track down the killer herself or risk the lives of her teammates and friends.

Hunter finds herself in Arizona, where things turn deadly, sending her right into the hands of the one person that could take everything from her—her mother.

Forced to do Mother’s bidding, Hunter does the only thing she can ... she survives. One grueling day at a time. Will Hunter become the next victim of the killer who has taken so many of her friends’ lives? Will she become the murderous telepath Mother wants her to be? Or will she somehow find a way out of this deadly situation full of so many risks? 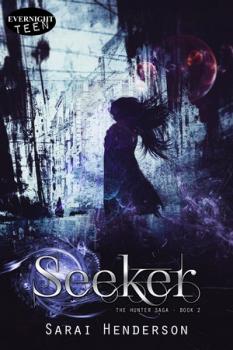 More From The Hunter Saga 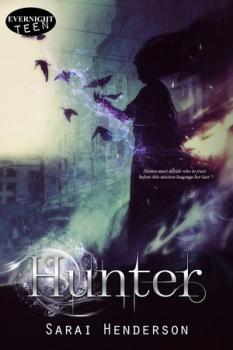 “He’s at the bar.”
“He’s not at the bar, He’s only eighteen.” Jacobs thought he had one up on me.
“Trust me, he’s at the bar.” I turned to Troll. “We need to be careful approaching this kid. We don’t know what his abilities consist of, and I don’t want to risk him using them on us. I’m also not sure if he can sense us coming, so hang back, just in case he tries to run.”
Troll nodded. He knew what to do if things got messy, but I wasn’t sure if Phoenix knew how to read the gaps in his telepathy vision and know we were coming. I guess we would find out.
“What do you mean ability and sense? Is this some kind of code for a weapon?” The look of confusion on Jacobs’ face was only trumped by the strange silence in his mind. Priceless. He had no idea what was going on, and could mess this whole thing up if he couldn’t stop thinking about what we were here to do. If Phoenix was listening to the minds around him, then he would know we were coming. It was a good guess that he already knew. I shook my head, kicking myself. I knew we should have given him an inhibitor, but Ramsey thought it wasn’t needed.
“Look, Jacobs.” I faced off with him, putting my hands on his shoulders to keep him from moving and to make sure he was listening. “The world is a strange place. Stranger than you are aware of. Some of the things you might hear or see are going to blow your mind, but you have to trust me on this one and do as I say. If you don’t, you could blow this whole mission.”
Jacobs struggled inwardly. He thought I was a joke, some kind of trick Ramsey was playing on him, just like that time at the academy where he was tricked into a closet with a skunk. Somehow, I had to convince him that I was a force to be reckoned with.
I chuckled at the visions Jacobs was sharing unknowingly, as I struggled to keep my thoughts together. “Really? You got in the closet with a skunk? That’s gross.”