In 1793, Paris was the most dangerous city on earth, especially for aristocrats. The French Revolution was at its height and the period known as The Terror had begun, when whole families could be denounced and sent to the guillotine. Inspector Henri Berney of the Préfecture Secrète is a committed revolutionary whose task is to track down and arrest aristocrats, who are all considered the enemies of the people. When he has a passionate affair with a lawyer’s clerk, Marcel Lefevre, he does not realize his lover is actually the Count de Vallois, and that they are natural enemies. His duty should be clear. 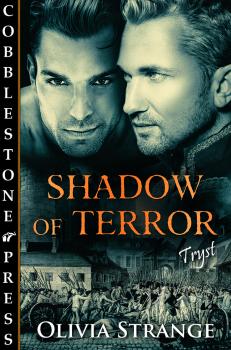 “Pah! Death to the aristo dogs!”

“Lop off their accursed heads!”

The cries of hate were accompanied by whistles and cruel taunts about what awaited the condemned prisoners as a succession of tumbrels, the large two wheeled wagons used to transport whole families to the guillotine, trundled noisily into the Place de la Revolution, or what had once been the Place Louis XV. To add to their misery, the condemned were pelted with rotting fish, vegetables, and clods of horse manure from the braying mob.

Henri Berney, an inspector in Joseph Fouchés’ Préfecture Secrète, the secret police, hated having to attend the tedious executions. It was his immediate superior, Commissaire Anatole Marchand’s standing order that his inspectors should attend the public execution of all enemies of the people that they had personally tracked down, arrested, and sent for trial. Henri thought it a waste of time that could be better served by him investigating instead of watching the grisly spectacular events that now enthralled half of Paris. Yet his boss was pedantic about records and insisted that a case was not complete until the death had been witnessed and documented.

Today, he came to witness the execution of the Duke of Amiens and his two sons, on behalf of his colleague and friend Inspector Regnard, who was at home suffering from an attack of gout. He had readily agreed to cover for him, for a reason of his own.

I hope he will be here. If he is, this is the day that I will follow him. But first, I must attend to my duty.

As a good citizen and Inspector, Henri “officially” hated all of the aristocrats who had oppressed the people for centuries and he felt little sympathy for the premature ending of their lives. The manner of their deaths, however, was another matter.

Silently he cursed that damned physician, Doctor Joseph-Ignace Guillotin for coming up with the idea of a so-called humane and swift method of execution. It was anything but humane!

“Welcome to L’abbaye de Monte-a-Regret!” He was greeted by one of the Tricoteuses, as the crowd of bloodthirsty women who sat and knitted by the scaffold between beheadings were known. Almost invariably they smoked short clay pipes, using the haze of strong tobacco smoke to assuage the stench of blood.

The Abbey of the Reluctant Climb was one of the nicknames the mob gave to the death machine, along with The Widow, the National Razor or, ever since the former King Louis XVI’s execution, Capet’s Necktie, that being the deposed monarch’s family name.

Henri despised the way the mob baited the terrified, condemned prisoners and pelted them with projectiles of varying sort. Men, women, and children scared witless, knowing they faced a gruesome end, were herded from the tumbrels up the steps and forced to watch until their time came, when an official in his red Phrygian cap, his liberty cap, would call their names and read out their crimes against the people from a huge ledger. Then a priest would mumble at them.

Worse, they had to watch that pompous executioner, Charles-Henri Sanson, known as Le Bourreau, or as he preferred to be called, Monsieur de Paris. It was his delight to flamboyantly strut about in his blood-red coat and his wooden sabot clogs, orchestrating each beheading. He would oversee the raising of the huge blade to its height of fourteen feet and then after the deed, dangle the severed head by its hair before contemptuously tossing it into the awaiting basket, while his henchmen sluiced down the platform and the guillotine itself with buckets of water.

No wonder they are all terrified, Henri thought.

With a bottle of beer that he had purchased from the Cabaret de la Guillotine, the restaurant that did a roaring trade throughout the day, he pushed his way through the crowd. He wore no uniform, but dressed inconspicuously in a plain black coat with wide lapels, a white scarf about his throat and long trousers, yet no one would have termed him a simple sans-culotte, or ordinary citizen.

Indeed, there was nothing ordinary about Henri Berney. He was a tall, handsome man of thirty years with broad shoulders and a trim waist. He used no brush on his long, thick black hair, but maintained a disheveled look as a show of contempt for the fashion obsessed aristos with their powdered wigs. With his handsome, chiseled features and brooding dark eyes, he attracted the attention of both men and women wherever he went.

“Pardieu, Citizen, you look as if you could do a girl a favor,” A young harlot sidled up to him in the crowd, and surreptitiously pressed a hand to his groin and simultaneously suggestively touched the neck of his beer bottle. “Or I could do you a favor, peut-etre? I have a room nearby. You could come back later to see the chopping. They will be at it for hours.”

“Not today, mademoiselle.” He smiled, removed her hand from his groin, and then turned back his lapel to reveal his silver badge of office. “I have to watch some executions.”

Her eyes widened and she retreated, muttering apologies. Like most of her kind she was naturally wary of the Garde Nationale, the military police, but even more afraid of the Préfecture Secrète, for they could so easily set one on a journey toward the guillotine.

Henri smiled, aware that his cock had suddenly hardened. Yet he was unsure if it had been the harlot’s hand that had done it. Instead, he thought it had been the sight of the young man he had hoped to see. The one who intrigued him so much and whom he finally intended to pursue.

Good. He is in the same place in the crowd as usual. But why doesn’t he position himself closer? It is almost as if he is fascinated, yet he never actually watches it happen. I must keep an eye on him and not let him escape me this time.

He pushed his way closer and stood, sipping his beer as the official atop the guillotine dais called out: “Lucien Marcel Rogier de Touqueville, once known as The Duke of Amiens!”

Henri turned his attention to the scaffold. He had happened along just in time to see Paul Regnard’s cases meet their end. Then he would be free for more pleasurable pursuits.