Two powerful lion shifters. One human female. Sparks are about to fly...

Kane and Reid thought they found their mate, their wife Amanda, but she died over a year ago. The legends foretold their subsequent demise, and the twins impatiently waited for death. They attend their cousin's wedding as a final goodbye to family, only to meet a woman that alters fate. Samantha is all delicious curves, and she calls forth their lion shifters, forcing them to question if Amanda was indeed their real mate.

Will Samantha overcome all the obstacles in her way, including a boyfriend that's determined to keep her? And will Kane and Reid give Sam the opportunity to be the one woman they need?

Kane pulled her down into his lap, wrapping his arms around her waist. “No. We’re staying. How much do you understand about us, Sam?”

She looked from Kane to him, and back again. “I’m too heavy, please let me down.”

Kane squeezed her so tight she squeaked. He growled, “You’re perfect.”

Sam got a strange look on her face and then slowly crept her arms up Kane’s body until she had her hands around his neck.

“Um … just what Ash told me. You’re a Perfect Pair, just like Ash’s husbands, and Laura’s husbands. And that means you generally only have one wife, whom you share…” The last word was almost whispered, her full cheeks coloring pink.

She’d been warned, told about them. Good.

Reid cleared his throat and spoke up. “But we’ve had our mate, and you only get one.”

Sam turned to him, not letting go of Kane. Her voice was gentle as she spoke, almost pleading, calling to him. “Then how come we feel this way? I can’t stop wanting to touch you guys, and when we met yesterday and shook hands, I had an electrical current pulse through me like lightning. How is that possible if you’ve already had your one and only mate?”

Reid opened his mouth, but nothing came out. Because if truth be told, he didn’t have an answer. He couldn’t deny anything she’d just said, and his own hands itched to touch her. Is her hair as soft as it looks?

Kane pushed in. “We don’t know, Sam, and that’s what we’re here to find out. If you feel that way about us, and we can’t wait to kiss and touch you, the impossible might be true and you really might be for us.”

“How do we find out, Kane?” Sam’s softly spoken question made Reid groan, and look at the ceiling. There was only one real way. They had to make love to her.

He stopped his pacing and looked straight at his twin, who stared back at him.

You up for this, Reid?

He clenched his teeth and nodded once.

I’m not. But there’s only one way to know for sure.

Maybe his body would refuse to get hard? And then he’d know for sure she wasn’t for them, and he wouldn’t even have to touch her.

That thought relaxed his body. It was more than likely that he wouldn’t respond to her. He’d starved his body of all touch since the night his mate had died. It probably didn’t even know how to come anymore.

Kane’s voiced thanks echoed in his mind as Kane kissed the tip of Sam’s nose and smiled at her. “The only way to know for sure is to take you to bed and we see if the connection between us is as strong as we think it is.”

Sam gasped and seemed to nestle in closer. “Ah, ok … that’s a bit fast. I mean I’ve never…” She moaned as Kane pressed his lips to her throat, the nose vibrating through Reid like a jackhammer.

When Kane pulled back Sam’s voice wobbled. “And … then … we’ll know for sure?”

Reid took two wavering steps closer and held out his hand to Sam. He didn’t want to know because he was fucking scared now. But he’d looked death in the face and happily offered up his soul for his mate. How hard could this be?

She took his hand, and lightning zinged along his arm. He clenched his teeth and squeezed tight, loving and hating the reaction he had to her, all in one breath.

She stood up, and their eyes met, his groin pulsing in time with his heart.

And Heaven help him then. 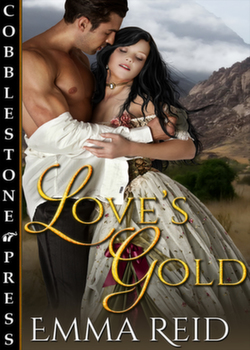 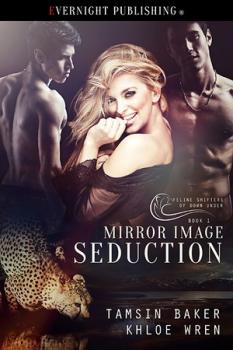