Signed Over to the Billionaire

When Malorne came to Kirin asking to drill on his Texas ranch, Kirin thought it was a joke. The animosity between the bear and the bison had been long lived and there was no way Kirin would ever let a bear destroy his land. But Malorne insisted and eventually Kirin gave him a choice. Either he could shut up about it, or Malorne could give Kirin his son.

Jackson has been crushing on his neighbor for years. After all, Kirin is attractive, moody, rich, and just two years older than him. If Kirin didn’t seem to hate him so much Jackson would have gone over there to ask him out a long time ago. There’s a world of difference between a date and suddenly finding himself mated to a guy he’s hardly even spoken to.

With Jackson being his, Kirin is forced to accept Malorne drilling on his land. The bear gets richer and Kirin only has his son in trade. But there’s a mystery Kirin needs to solve; the murder of his little sister, and Jackson might know far more than he realizes about the horrible crime. When it comes to family, Jackson is loyal to his father, and Kirin will have to show him just how foolish it is to trust the wrong people.

Signed Over to the Billionaire

Kirin shook his head as he looked down the valley toward the bear’s property. Malorne and his family had lived on the massive stretch of Texas land just as long as Kirin’s had. And they had just as much right to be there as he did. Or so his sister had often reminded him when he’d grown sour about living so close to the big predators.

As a bison, he could hold his own against a bear, but he shouldn’t have to think about those things. Having them there was a constant reminder of his sister and how she’d always been trying to get him to go down there and be nice to them. Their house was also a reminder of how she had once been in love with Malorne himself.

Six months after her murder, on the first day of fall with a heavy chill in the air, he did not need to be reminded of his sister’s affair with the alpha bear. But Arianna was all he seemed to be able to think about. Her, and the child growing inside of her that she’d never told anyone about.

The baby boy could have been anyone’s. She’d stopped telling him things after he’d raged at her for taking up with a mated bear almost four years before her death. They’d become nearly strangers then. He’d still loved her—his baby sister. She would have been due in two weeks. Kirin sipped his pumpkin tea and tried not to think about his unborn nephew either. But it did no good. The boy was a part of him just as much as his mother was. His heart ached for them both and the future neither of them got to have.

He watched, curiosity mixing with long held anger, as Malorne left his house to walk over to his car. He had to pass Kirin’s driveway to get onto the main street a mile or so up, as the dirt trail that served as their road ended at Malorne’s place. Kirin lifted his lips at the old bear. Whether he noticed or not didn’t actually matter. It simply made Kirin feel better to give him that display of animosity. Not that Malorne could have mistaken how little Kirin cared for him. In the twenty-seven years Kirin had lived there, he’d only spoken to Malorne twice that he could remember. Once because his parents had told him it would be good of him to introduce himself to the neighbor, and the second time because he’d caught Malorne’s son on his land and had wanted him gone. The last time had been recently, and it didn’t matter how hot Jackson had turned out. Kirin didn’t want bears on his property.

His parents had often suggested that he and Arianna try to be friends with the son. Jackson was only two years younger than himself. If he hadn’t been a bear, the three of them might have been able to be friends. Now he flipped Jackson off just as often as he growled at Malorne. The only member of their family he wasn’t outwardly rude to was the mother. By all accounts, she’d been a kind woman the entire time his parents had been alive, and she hadn’t once bothered him after their death, either. She stayed on her property and seemed to have no part in their oil drilling operations.

Instead of driving past the house as Malorne was supposed to do, this time he pulled into Kirin’s driveway, nearly scraping the side of Kirin’s truck in his haste.

“This isn’t your home, bear! You’re not welcome! Go away!” Kirin shouted before Malorne even had a chance to get out of his truck. It was rude, he knew, but he’d never liked the bears and had no reason to start now. Especially not when Malorne was on his property.

“I have a business offer for you,” Malorne said. He hesitated beside his truck.

It didn’t matter where he stood. If he managed to piss Kirin off, he knew he could shift and charge the bear’s truck.

“Whatever you’re offering, I don’t want it.”

Malorne’s face tightened. He’d aged well, despite the dust and the heat of the Texas summers. “It’ll make you filthy rich.”

Kirin laughed and looked around his house and at his land. He didn’t need any more money. He already had more of it than he knew what to do with. His parents had both been wealthy, their life insurance had gone to him, as had his sister’s, and now it was only him, over a thousand acres of old cattle ranch land, and a house far too big for even a family of six. He was perfectly fine without Malorne’s money or his offer. “Go away, Malorne.”

“It’s a shame to see all this prime drilling land go to waste like you’re letting it,” Malorne tsked.

His tone grated on Kirin’s nerves something fierce. Kirin pushed back hard on his shift as he swallowed down his anger. “Do what you want to your property and stay the hell off of mine,” he seethed. “Get out of my driveway.”

Malorne lifted his lips and Kirin did the same. It was the shifter version of a standoff. He would not allow Malorne to intimidate him on any level. He wasn’t afraid of him. He simply just did not like the older bear, and he didn’t want to spend any more time with him than he already was. Malorne needed to leave. Immediately. Before Kirin really did start to lose his temper.

“Consider it,” Malorne practically pleaded. “I’ll make it worth your while. Fifty-fifty split. We will both be very rich.”

Malorne must’ve gotten the picture, finally, because he slid back into his truck and backed quickly out of Kirin’s driveway.

The teacup shook in Kirin’s hand and he had to breathe deeply to cut back on his anger. 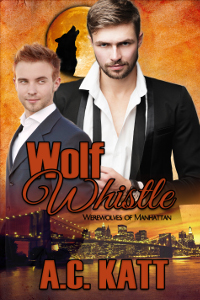 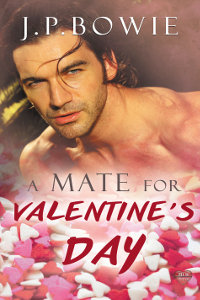