Mackenzie "Mack" Shaw coaches the Lady Rebels, a women's college basketball team. Her players think she's approachable and fun, and when two of them ask her to tag along to the Richmond Tattoo Arts Festival, she agrees, but she isn't interested in getting inked.

At the Festival, Mack meets Heather Kelley, an androgynous-looking tattoo artist who piques her interest. Flirtatious small talk leads to a first date, and the two women really hit it off.

The new basketball season keeps Mack busy, and Heather has personal issues that prevent her from committing fully to a relationship. But as the months go by, Mack and Heather form a deeper connection through texts and phone calls and the occasional get-together, even if they don't have time to officially "date."

Despite their growing closeness, Mack can't help feeling there's something Heather is hiding from her. Then, as she's coming home from an away game, she receives the dreaded text, We need to talk. Is Heather finally ready to share her deepest secret with Mack? Is she ready to explain why some people call her Heath? Mack's in love with Heather, but is the love she feels more than skin deep? 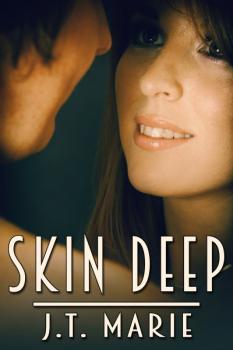 Heather was slim, almost fey, and there was something androgynous about her, too, which Mack found attractive. While she had never gone in for the whole femme/butch thing, she didn't really like girly girls. She played sports and didn't like women who were too interested in makeup and clothes to get a little dirty sometimes during a pickup game. As Mack watched Heather setup for her next client, she could probably even pass for a young man, dressed as she was in low-riding jeans, a wide belt, and a tucked-in henley shirt. It wasn't until she spoke that her higher voice gave away her gender.

"So, no tattoo for you today, huh?" Heather asked.

Heather gave her another smile. "Oh, me either."

She says, as she tears open a package of needles for her tattoo machine, Mack thought, shaking her head. "Funny you do this then."

"I like to draw," Heather admitted. "This is one of the few professions a good artist can go into and earn a living at. Bills got to be paid, as I'm sure you know."

With another laugh, Mack agreed. "Tell me about it. I thought I'd play basketball my whole life but players in the WNBA don't earn anywhere near what male players do, so I coach instead."

"You're the coach?" Heather gave her a sly grin. "And here I thought you three were half the team."

Mack shook her head. "Yeah, right. My college days are in the past, but I'll tell you something, Kiki and Steph are pretty much my best players. I hope these tattoos don't put them out of commission for any length of time."

"Shouldn't be a problem." Heather sat down on a stool near the massage table and finally turned her full attention to Mack. "Are you sure I can't talk you into getting one, too?"

"Who said I didn't have any?" Heather asked.

Frowning, Mack pointed out, "But you don't like needles."

"How many do you have?" Mack wanted to know.

Leaning on the table, Mack purred, "Can I see?"

With a laugh, Heather said, "They're all in sort of intimate places. Wouldn't your girlfriend get mad if she walked back here and saw me flashing you?"

"Those are students with me," Mack said. "I don't date my players."

She waited. Heather stared openly at her, quiet. Come on, Mack thought. Ask me out already. I told you I'm not seeing either of them. That's practically a golden ticket right there. I'm obviously interested, can't you tell? What are you waiting for?

She didn't know, and the silence between them stretched out, growing awkward. In another few minutes, Big Man would send Kiki or Steph back and Heather would get to work on her next tattoo. Then the moment would be lost, and Mack would spend the rest of the day wondering why neither of them had seized the chance while they could.

Well, damn it, if she won't ask, then maybe I should.

"So are you going to show me," Mack teased, "or is that something you save for the first date?"

Heather narrowed her eyes. "Are you asking me out?"

"Are you saying yes?"