Most people are dying to lose a few pounds. Not so in Slashing Mona Lisa, where it's the weight-loss advocates who are losing their lives.

Rookie journalist Camarin Torres is a crusader against discrimination, partially to assuage the guilt she feels over the suicide of her obese, bullied twin sister. She reluctantly accepts a job offered by handsome publisher Lyle Fletcher, a widower with a vendetta, who sees Torres as salvation for Trend, his fledgling fashion magazine. Torres, however, detests everything the publication stands for, and joins solely to transform its judgmental, objectifying content.

As an unexpected romance blossoms, the overconfident, justice-hungry reporter defies orders and infiltrates Mangel's world—only to find herself in the crosshairs of a vigilante group targeting the sixty-billion-dollar diet industry. Unmasking the killer may save her life but shatter her heart: every clue seems to implicate Fletcher, her mercurial mentor and lover, as the group's mastermind.

With a sassy, snarky voice and multi-cultural overtones, Slashing Mona Lisa explores body shaming and its victims: the disenfranchised who don't conform to society's arbitrary norms, and the lengths they will go to for love and acceptance. 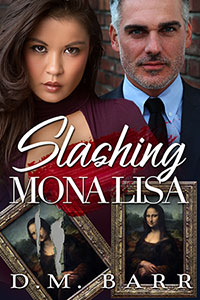 "Mr. Fletcher, I'd be happy to help with the copyediting," Camarin said. "But if I can safely prove to you that there's something more behind the Blubber Be Gone murder, without going out and personally putting myself in harm's way, would you consider a piece on the possible implications behind it?"

Fletcher shook his head and laughed.

"Camarin, you strike me as a persistent young lady, and it's clear you're not easily dissuaded. Hans Wynan must approve all copy decisions. Do you honestly think you can investigate this subtly, without letting him know you're not giving him a hundred percent of your attention?"

"Okay, let's keep this just between us for now. I'd like you to work up a preliminary outline of the story you propose. Get it to me by Friday?"

Camarin smiled her first big smile of the day. Inside, she was performing mental cartwheels. "I'd be delighted to, Mr. Fletcher."

"Camarin, I do have one problem with you."

"You do?" Her high-flying elation took a sudden nosedive.

"Yes, and I'm only going to say this once. Please call me Lyle."

She took a deep breath. "Lyle…it just doesn't feel right. You're my boss, and in the Chamorro culture, we pay profound respect to—"

She was about to apologize, to tell him that she was referring to supervisors, when she caught the evil glimmer in his eyes and realized he was just kidding with her. Emboldened by her big win of the day, she ignored her dead sister Monaeka's voice telling her to play it safe, that a handsome man of stature would never be interested in a girl like her, and instead her impulsive streak took over. She decided to take a gamble.

"If I was indicating you were elderly, you'd definitely know it," she countered, echoing the line he'd used the day they'd met.

"You really want to know?"

She stood up, silently begging her knees not to buckle underneath her, and shot a look backward to ensure the door was closed. Then she walked around the desk until she was standing at Fletcher's side.

"Give me your hand."

Fletcher held out his right arm. Locking her gaze with his, Camarin grasped his palm, bowed her head slightly, lifted the back of his hand to her nose and sniffed deeply. The sweet-soapy-musky tones of Tabac romanced her olfactory glands, reminding her of summers spent at Macy's, selling men's fragrances.

"This custom is called nginge'," she explained. "Elders are considered manåmko', and those who are considered to hold wisdom are called mañaina. When we sniff the back of your hand, it is our way of taking in the essence of your spirit while expressing respect and honor."

"Really? Hmmm," he said softly, the words smooth as lip gloss, his eyes never wavering from her. The heat emanating from their clasped hands hinted at secrets yet unspoken.

"Yes. And I would curtsy slightly, like this, and since you are a man—"

Camarin felt herself blushing but persevered. "Since you are a man, I would say ñot, and you would say—" She felt him squeeze her hand as they continued their unbroken stare.

She paused, lightheaded, the air suddenly as thin as atop Mt. Baldy back home. "You would say dioste ayudi, which means—"

At that moment, there was a loud knock on the door. Startled, Camarin pulled away just as Hans barged inside.

"Lyle, I need your approval on the Have You Heard? seg—oh, Camarin, I didn't realize you were in here."

"I-I was just leaving." She grabbed at her pad and pen but hit the edge of the ballpoint instead, sending it careening through the air and crash-landing in a corner by the window. Klutz! "Thanks again, Mr.…L-Lyle," she stammered and practically slammed into Wynan as she made a beeline for the door.

Once outside, she leaned against the wall, trying to ignore Monaeka's laughter at her failed attempt at flirtation, her heart pounding as loud and fast as a native drumbeat.

"Pitch giving you trouble, Cam?" asked Rachel as she passed, her hands filled with office supplies.

"Excuse me?" she answered, still disoriented from whatever that was.

"Oh, no, nothing like that. I was just—" Camarin's cellphone started vibrating, interrupting her thought. She pulled it from her pocket and, hand quivering, put it up to her ear. "Yes?"

"You were saying, which means…"

Her knees grew weak again. Fletcher had her private number?

Camarin turned away from Rachel and whispered into the phone, "Which means God help you."

"Ah. Well, considering our upcoming plans to turn this magazine around, I'd say, He'd better help us both." 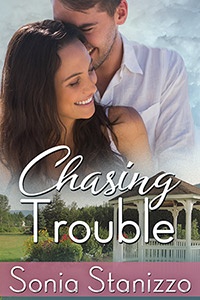 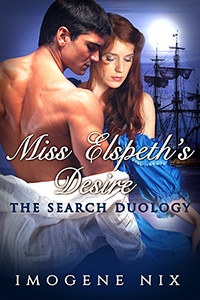 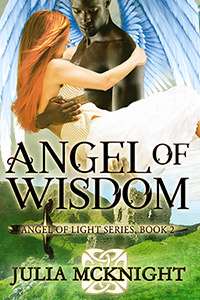 Angel of Wisdom
Julia McKnight
In Shelf
$3.99
Tweets by
sirenbookstrand