Slave to His Love (MM)

Marrok was unintentionally a part of the uprising of werewolves against their vampire masters. He loved Lord Tristan Fenrir, but he cannot protect his mate after their affair is discovered. He is tortured and sold to another house before he can warn them of the coming attack. Months later, Tristan's father is dead, the pack of werewolf servants are gone, and Tristan is lord of the estate. He bought Marrok back, and he intends to get his revenge for having his heart played with. Though Tristan isn't the same man he was when Marrok last saw him, he knows his gentle mate is in there somewhere, and he refuses to be broken. Their time might be cut short when a hidden enemy in the house makes himself known, and Tristan is suddenly forced to rely on Marrok, or else he could be killed before he and Marrok have the chance to forgive each other. 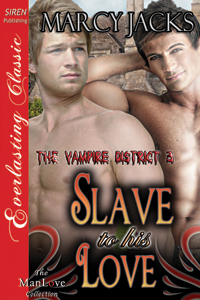 Slave to His Love (MM) 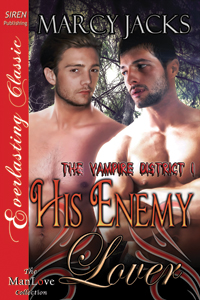 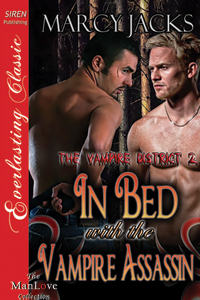 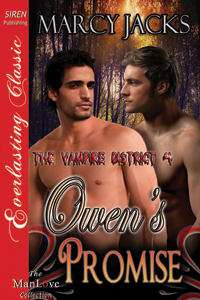 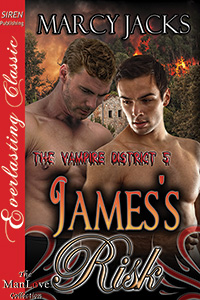 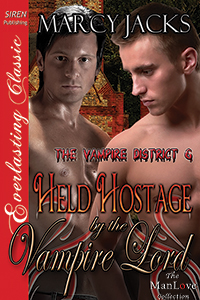 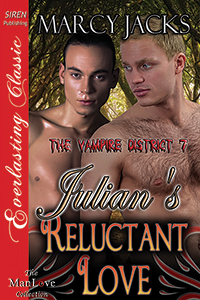 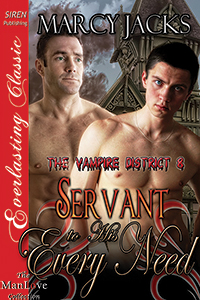 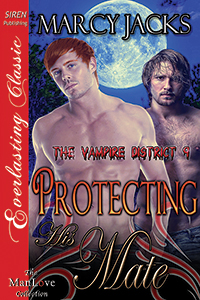 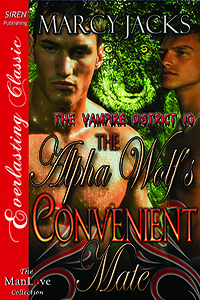 The Alpha Wolf's Convenient Mate (MM)
Marcy Jacks
In Shelf
$5.50
All Books In Cart
All Books In Bookshelf
Excerpt

“You plan to attack the estate?” Marrok rushed to Ilya, his fingers changing into claws as he reached for the man’s neck. Ilya caught him around the wrists and spun him around, slamming his chest against the wall and pressing his face into the cold, hard cement.

“You should be faster than this, Marrok,” Ilya said, and then sniffed at the spot where Tristan had taken his drink from. “I’m surprised you let him drink from you. Mate or no mate. Maybe I’m just more surprised that he would want to drink from you.”

“Shut up,” Marrok said. He saw no point in yelling at the man. That wouldn’t help him. He’d been trained to remain calm and to try and assess the situation to better protect himself and his masters. Right now, the only two people he cared about were himself and Tristan, and he still wasn’t sure about what was happening to Tristan.

Ilya didn’t need any clarification on whom Marrok was referring to. His words offered no comfort, however.

Confinement for a year? Realistically, it didn’t sound so bad, but Marrok knew better than to think it would be a walk in the park for the man. Solitary confinement for that long…it would drive anyone insane.

“Are you telling me that to make me feel better?”

“Victor ordered the punishment to let the other noble vampire houses believe he’s in mourning for being forced to lie with a werewolf. After what happened with the Delany house’s son rejecting Tristan, then the death of all the assassins, and now this, no one will be looking to the Fenrir house for socializing visits for a long time. We can take the house and rule it and the lands long before the other houses realize it. We’ll all be gone by the time they do, too.”

Marrok struggled again, but Ilya pressed his elbow down against the back of his neck in a painful move that had him holding still again once the strain got to be too much for him to handle.

“Don’t you dare. I won’t let you,” he said through the pain and gritting teeth.

“After your lashings, you’ll either be dead or too delirious from the pain of your wounds for a long time coming to do anything about it. This is happening. Because he is your mate, and you claim he returns your feelings, however, I’ll make sure the others stay away from the east side of the house. He’ll know that something is wrong from the noise, but we’ll continue to bring him his meals and do his laundry. No one will touch him. I promise you this.”

His promise wasn’t good enough. After finding out that he’d been tricked and that Ilya had an ulterior motive, a reason to bring Marrok and Tristan together, other than to just be nice, to be Marrok’s friend, Marrok wouldn’t trust a word the other man said.

He fought again, even through the pain of Ilya’s arm pressing against the back of his neck, and even when his head felt like it was starting to swell as the blood rushed to his brain and the ringing started in his ears, he fought until he went down.

He didn’t wake up again until much later. It had to be, because he was no longer in his cell, and he woke up through no power of his own at all.

He turned his face away from the sharp and nearly painful scent that had gone under his nose. His mouth felt like it had been stuffed with cotton.

He rolled his tongue around to try and get the saliva flowing when he realized there actually was some sort of cloth stuffed into his mouth. He was gagged.

The fucking traitor. Marrok looked up at his former alpha and glared at the man, but he wasn’t looking back down at Marrok to be able to appreciate the hate that was in his eyes. There were others standing around the room. Some werewolves, others just human slaves.

If any of them thought it was strange that Marrok would send such a hateful look to their leader, no one voiced it. They couldn’t.

This was to be a show, it seemed.

“Get his arms up!” Victor commanded, and Marrok was forcefully pulled to his knees by his wrists.

He was still muddled in the head, so it took him a minute to realize that his hands were in cuffs, and they were chained to gears that were above his head and attached to a crank somewhere.

“Someone keep count for me,” Victor commanded.

Marrok closed his eyes and nearly bit through the cloth that was in his mouth as the first painful lash sliced across his back.

It burned as badly as any piece of silver against his skin, and the burn spread over his entire back, up his arms, and down his legs.

Marrok took his second lashing and cried out through his gag. This was going to break him.

Marrok lifted himself just enough to reach over to Tristan’s mahogany nightstand. He pulled open the small drawer and quickly found the lube that Tristan stashed inside for just these sorts of occasions.

Only then did Tristan become aware that his guard was wearing entirely too much clothing.

He finished shimmying out of his pants and sat up, planting a kiss along the rough skin of Marrok’s neck as he worked on the buttons of his jacket and dress shirt with a great deal more care than what Marrok had given to his own clothes.

He didn’t even get the chance to get them all the way off. When his chest was exposed, Tristan barely got to put his hands against that gorgeous suntanned skin before Marrok pushed him down and spread his legs.

“Fuck me, yes,” Tristan begged, and he grabbed at his neglected prick and stroked it all the way up and down the shaft while Marrok put the lube on his fingers.

Tristan wished they had more time. He wished that it didn’t always have to be so secretive like this. Just once he would like to get completely naked with this man and let the both of them just go at each other all day and night, never leaving this room. Just as real lovers were meant to do.

Those thoughts swiftly left his head at the first touch of Marrok’s blunt finger against his pucker. It pressed inside with some resistance, but Tristan knew how to calm himself.

“You haven’t come to see me in a while,” Tristan replied.

Marrok looked at him sharply. His expression was thoughtful. Did he actually think that Tristan would find someone else if he wasn’t there to satisfy him? He was the kind of vampire who would develop tender feelings for his werewolf guard, sure, but not the sort to sleep around with everyone who would offer.

Assurances were probably in order, but that would be too much. It would imply that this was more than what it was, and that Tristan cared. He did care, but considering their stations, and that his father was trying to marry him off, it was probably better to just say nothing at all.

Marrok nodded, and they went back to their dangerous game. “All the better for me then.”

“Exactly, now kindly get to it before I lose my patience,” Tristan commanded.

Marrok chuckled, as though he was the one in command here. Maybe he was, in a way. Sometimes Tristan couldn’t tell who was in charge of who when they were like this.

“Your patience,” Marrok said, adding a second finger, then hooking and teasing along the inside of Tristan’s body, “is something I can honestly say I never see when I have you like this.”

The bastard knew exactly where to touch Tristan. He knew where his prostate was, and he was skirting around the edges of it, coming close enough to draw out some sort of reaction, but never fully touching it.

“Marrok,” Tristan warned, which was a useless thing for him to do since he had nothing to threaten the other man with. When they were in here, alone, their positions were reversed, and Marrok was the master in command.

“What?” Marrok asked, purposely feigning ignorance as he pushed his fingers deeper inside of Tristan’s hole and this time allowed a brief touch to his prostate. The bastard.

Tristan would have preferred it if they had the time to draw this out, but they didn’t have that luxury. These meetings of theirs always had to be quick if they were to keep their secret.

Marrok took the lube and coated his dick with it, and then Tristan felt the blunt head pressing against his hole before the other man sank inside.

Tristan sighed. He lifted his thighs even more and hooked his foot around Marrok’s calf. He was still wearing his pants. He was almost entirely clothed. He couldn’t see his feet, but he was willing to bet that Marrok hadn’t even kicked off his shoes either.

Tristan frowned. One day they were both going to have to do this completely naked for once. That would certainly be something.

“Are you all right?” Marrok asked. Their faces were so close their noses were almost touching.

Oh, right. He was frowning. Tristan banished the look from his face and focused on what was happening that was really important. “Perfect. Move.”

He did. It was as fast and rough as it always was. Marrok knew that Tristan could handle it. He was a gentle-bred vampire, but he was still a vampire, and his strength allowed him to put up with a bit of rough handling from a werewolf.

He loved every second of it. 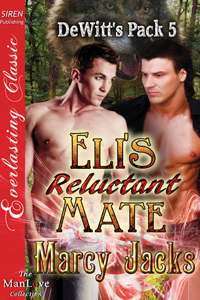 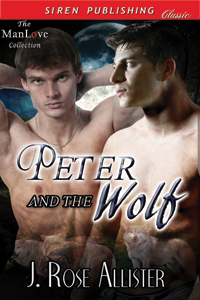