Book One of the Slave World Series
One of the last humans left after the Takaerie destroyed Earth, Thomas lives on Mythria and works the mine there to earn a meager living. He meets the daughter of the mine’s owner and falls head over heels.
When her father catches them in the act, he becomes enraged and demands satisfaction for Thomas stealing her innocence. On trial, Thomas is charged and sentenced to be auctioned off to the highest bidder on Valkin, a sex slave planet.
Once on Valkin, Thomas stands on the block and faces the new world with as much pride as he can muster, which attracts the attention of Lord Valyr, who has always coveted a human slave.
Forced into the possession of a master, Thomas fights the dark desires being a submissive cause within him, without much luck.
Warning: Strong BDSM elements, alien sex, hermaphroditic characters

Thomas stood on the block looking out at the sea of beings as the auction master called out the opening bid. Most of those in attendance were Valkins, but there were others out there as well intermingling with the raucous crowd. His gaze rose to what appeared to be balconies overhead at the rear of the open space. Most of the balconies were darkened so he couldn’t see if anyone occupied them, but he sensed they did. His stare stopped at one that held two men, both looking in his direction.

One of the men was robed in heavy, golden fabric with gems he could see from where he stood. Lustrous golden hair flowed down his shoulders and shined in the light. The Valkins loved to show their wealth from what he’d heard. But the man beside the first stood out. He was definitely Valkin, but his plainer robe and long hair tied back made him appear less vain than the others he’d seen since he’d arrived on the planet two days before. He didn’t see the glitter of gemstones either. Perhaps the man was the first’s servant, but the arrogant tilt of his head and the set of his shoulders told Thomas otherwise.

Thomas’ gaze locked on the male’s, even at the distance. He could feel the weight of the Valkin’s stare on him, and he lifted his chin even higher to meet it. Thomas wasn’t sure, but he thought he saw the man grin.

The auction master tugged at Thomas’ chain, pulling him from his thoughts. Thomas wasn’t happy about the collar or the chain hanging from it. He wasn’t an animal and didn’t like being treated like one. He lifted both hands to the chain and tugged it from the auction master’s hands. The male relinquished it quickly and stepped back, his mouth falling open as he stared at Thomas.

A hush settled over the crowd as they all looked at him with stunned expressions. Chatter started, and the volume rose dramatically. Two guards rushed the stage and grabbed his arms before tying his hands behind his back and offering the chain back to a reluctant auction master. Both men remained on the stage as the bidding continued and the crowd quieted.

Thomas ignored the numbers he heard being quoted, his stomach sick over the thought of being bought. His gaze drifted to the man on the balcony, but he was now gone, as was the other with him. Thomas stood there for what felt like an eternity, the humiliation of the event washing over him. In a few hours, he would be owned by someone in the crowd, someone looking over his body and his cock, ready to use and abuse him in whatever way they saw fit.

Some small part of him looked forward to that, and it made him sick to think it. To be forced to submit, his body tied down as he was driven to unwillingly give in to a master was a deeply seated desire he’d harbored for far too long. It was part of the reason he’d struggled to give in to Khari, as he’d feared giving in to her would open the doors to the rest of his dark needs surfacing.

And in a way, that was exactly what happened. 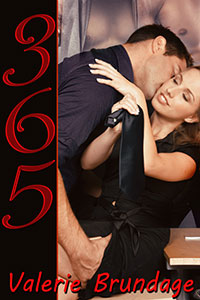