There are all kinds of smiles: happy smiles, wicked smiles, knowing smiles, ironic smiles, surprised smiles, sneery smiles, guilty smiles, pleased smiles, "I told you so" smiles. Sex is usually viewed as serious, tense, emotionally charged-and this is especially so with gay male sex. And erotica tends to take the act more seriously than does real life. However, sex can be great fun-and playful sex is often the best, most satisfying kind. Here are nineteen gay male stories designed to evoke at least a trace of a smile of some form from readers. Enjoy. Smile. Go on, you know you want to. 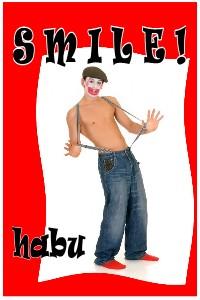 I went into a lip lock while my hands ran across his body, exposing more flesh and rubbing it and gliding from one sensitive spot to another. I had him pushed into the washing machine. He was rigid at first in his confusion and not believing that this was happening so fast; not believing it was happening to him at all. But he warmed up fast enough and soon his hands were opening up and peeling away my clothing and gliding along my body as searchingly as I what I was doing to him. He thawed completely to me and was devouring my mouth now and making loud, animal-like sounds.

His yammering served to summon forth a small collection of pooches, who trotted out to the grooming room from all parts of his house and politely formed a semicircle around us, making up an attentive, appreciative audience. I don't know if Cliff minded the audience, but I thought it was kind of cute. I almost wished they'd brought their wallets so I could charge admission.

We were both naked as the dogs now, if not as furry-although Cliff did have that nice chest pelt playing ring-around-a-rosy with his pert nipples, one with a silver ring in it, and trailing down his torso into his bush. I lifted him up and slammed his nicely rounded butt cheeks down on top of the washing machine and started my lips on a journey down that trail.

"Mind the machine," Cliff managed with a gasp. "It's about broke as it is."

"Oh?" I asked, suddenly quite interested. "In what way?"

"It bucks and rumbles. Practically moves across the floor."

That was good to know.

Then I continued on my tonguing journey down into the bush. Cliff gasped again when I possessed him fully with my mouth, and he made little urping sounds that had the dogs perking their ears up as I worked his cock with my lips and tongue.

All shyness was gone and he was fully into the experience now, so I pushed his back against the machine's control panel and came up on top of the machine with my knees on either side of his thighs, grasped a pipe running along the ceiling above the machine with my fists, and pushed my pelvis toward his face. Cliff got the drift of where I was going with this and worked my cock big and moist with a very soft and inviting mouth. The dogs wagged their tails and had their hinies thumping against the white tiles of the floor and were licking their chops in empathy with the work we were doing on the washing machine. I remembered to be ever so thankful that none of them were attack dogs-Dobermans or Rottweilers-with a protective instinct for their daddy, because I was surely worrying his mouth with my poker.

When I'd worked up a good stroking rhythm of my own, I took one of my hands off the pipe and punched the washing machine button, turning it on. As Cliff had promised, it began to rumble and buck-and it added a good bounce to my fucking of his face.

He was gasping and screaming between swallows and gagging for me to fuck him for real, so I went back on my haunches a bit, pulled his legs around my hips, and drew his pelvis in toward mine. I glided inside him easily enough, which told me that this all wasn't exactly new to him and more or less assured me that he really had been signaling his want of me and was just too shy to be more direct about it. Shyness wasn't one of my problems, however.

The machine reached a particularly rumbling cycle as I bottomed out inside him, and we both had quite a long and wild ride before our own little show for the canines was over, with me spilling my seed deep inside him and him flicking his all across my belly and the top of the washing machine. I had his head flapping back and forth and his eyes wildly revolving around the grooming room and his howling setting off a chorus from our audience. All very satisfying for performers and onlookers alike. 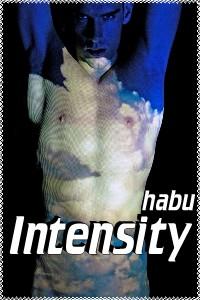