Soaring with a Hawk 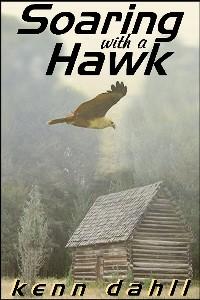 Soaring with a Hawk

Two weeks later he was at the cabin as soon as Pa and the rest of the family were out of sight down the dirt road. He had to have been watching the road from a hiding place for a couple of hours. We hugged again and kissed, that time our tongues explored each other's wet mouths causing tingly feelings in my groin. However, when I reached to stroke his weapon, Hawk held my hand back. "No, this time I give your lance the gift of many tongues."

He squatted on the ground, took hold of my rigid male member and licked at the tip which was coated with a slippery fluid. "Good God!" I swore. "What are you doing?"

"Tasting of your life force." He flicked his tongue over the sensitive tip and along the sides. He even prodded beneath my loose foreskin. I was dancing from the multitude of sensations and sweat poured down my hairless chest and from my underarms.

"God damn!" I yelled when his mouth covered the tip of my shaft. "Holy shit!" was my response as more and more of my rod's hardness disappeared between his luscious, crimson lips. I stared in amazement when his chin rested against my ball sack. My entire member was not just in his mouth, it descended into his throat. Hawk applied a sucking pressure and pulled his lips back until only the tip of my tool remained in his mouth. Then he dropped his lips back down to the few blond hairs I had at the base of my rod. Before he repeated this too many time I couldn't hold back the torrent of juices bubbling up from my testicles which flooded his throat. I could barely breathe, let alone speak, as I retracted my shaft from his mouth and collapsed on the ground. The Indian brave lay next to me and held me tightly as I recovered from the earth shaking experience.