What happens when dreams come true, but it’s not all it was supposed to be?

River Blu’s music has made her the stuff of legend, she’s every bit a rock star who dominates the pop charts. But through the years a secret haunts her, making it impossible to give her heart to anyone or anything other than her music.

When River’s life is in danger she turns to Noah for help. They have a history together, one he’d like to repeat, with a different ending. But first he has to figure out who from her past is trying to kill her. 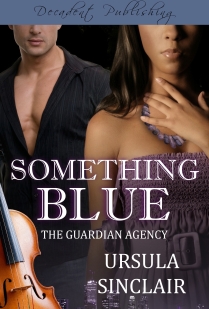 He’d followed her from the hotel. It was so easy. He stayed behind the paparazzi vehicle. When the dark limo turned into the driveway of a church, the move surprised him, but he didn’t slow down or make the mistake of following them. The van of so-called photographers tried to pull in, but someone stood at the entrance, stopping them from going any further. He drove yards beyond the driveway, checking his rearview mirror to make sure her car hadn’t just tried to turn around.

A small sedan pulled out of a parking spot down the road a bit, and he took it. He turned off the car, grabbed his camera, and headed back toward the church. Just another asshole trying to get a shot of a rock queen.

The paparazzi van and an SUV with two other photographers stopped just beyond the entrance. Like parasites, they spilled out and lined the sidewalk in front of the church. Fighting for the best angle, they shot wildly at whoever stepped out of the limo and went into the church. Crossing the street, he walked down the sidewalk past the entrance to the church until he’d circled around to the alley behind the building. A few cars were parked in the church parking lot, and besides the two men posted at the gate, another stood at the rear entrance. The entire setup looked like a wedding or some shit. As long as it wasn’t her wedding, he didn’t give a damn. Besides, that bastard boyfriend of hers was in jail. Good. One less person in his way.

After walking a full circle around the block, he returned to his car. He’d spotted a better parking spot and moved the car there. His new location gave him a clear view of the entrance to the parking lot as well as the front of the church. Tonight was the night; she was finally where he could reach her. Time for him to act. He’d stay a few more minutes, just to make sure they weren’t leaving right away, and then he’d return to the hotel before she did. Sooner or later, she’d show up, and he’d be waiting. He wondered if she ever thought about him. 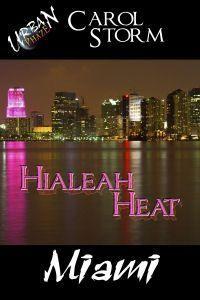 Mandy and the Cowboy Mogul (MF)
Angela Claire
In Shelf
$1.99
Tweets by
sirenbookstrand