While working security for a popular prime time television show, reservist Jared Connors meets guest star Brandon Culpepper. They are immediately drawn to each other, quickly discovering they are what the other needs.

Even though Brandon is in town only for the duration of his guest-starring role, the men have a short-term affair. When the filming is finished, however, it’s harder to let go than either expected, but Brandon has to leave for another role.

Their resolve for their relationship to be over is soon tested when each realizes their emotions are more involved than they thought. But figuring out a way for their very different lives to fit together seems an impossible task. Can they trust each other enough to find a long-term solution?

I really did like the sound of my name on his lips. I turned to him, and let myself smile. “Hi, Brandon.”

He went beet red, which was entirely too appealing, and his gaze skirted away from my face and landed somewhere over my left shoulder. “Hi. I’m s-sorry about the other d-day.”

I nodded, never taking my gaze off him. “I threw you off your game with that, huh?” It wasn’t really a question. We both knew that’s what happened. Brandon turned even redder and nodded.

For a long moment, he didn’t say anything else. Then he seemed gather his strength and almost managed to look me in the eye. “Are you gay?”

I blinked, a little surprised. I’d have thought that would have been obvious with my blatant come on. But if he needed to hear it, needed that solid confirmation, I had no trouble giving it to him. “Yes, Brandon. I am gay.”

A hint of a smile graced his mouth before it was quickly replaced with a frown. He still didn’t quite meet my gaze, but he was now focused on my nose, which was much closer. I waited patiently for him to say whatever was on his mind.

It took him another minute or so, and his voice came out soft when he finally said, “That m-must have been d-difficult for you. When you were s-serving.”

I gave him a gentle smile. I loved that we were having a conversation and he’d been the one to instigate it. “It certainly wasn’t easy, but I managed.” My words downplayed the difficulties but it wasn’t something I liked revisiting. Instead, I moved on to the rest of his statement. “And I still am serving, actually. A reservist.”

Brandon’s entire body gave a tiny, almost imperceptible jerk, as if my words had shocked him. And they must have because the man finally gave me the full weight of his gaze, and I was able to really see those gorgeous ice-blue eyes. Which were currently wide with what could only be described as disbelief.

I nodded and held out a hand. “Staff Sergeant Jared Connors, USMC.”

Brandon reached out automatically, but once I had his smaller hand in mine, I held on and used it to pull him a fraction closer. He kept his gaze fixed on me, and licked his lips in an unconscious manner. It felt like he was inviting me to do the same. I leaned a bit closer.

“Thank you for your service, Staff Sergeant,” Brandon said, his voice quiet, but sure.

I straightened, surprised. Those were not words I’d heard often, and I was never quite sure how to handle them when I did. I served because it was my job and I loved it. I was a Marine, through and through. But my first inclination, to brush it off and declare it as no big deal, was untrue. It was a big deal and I couldn’t be dismissive just because I was embarrassed.

A bang and a clatter had my attention shooting to the left, but it was just a dropped box, and the intern who had lost his grip on it was already bending to pick up the fallen item. I took a deep breath and centered myself, then turned my attention back to Brandon.

“What about you, Brandon?” I liked saying his name. I liked the way it felt in my mouth.

He blinked those pretty eyes. “What about m-me?”

I grinned, doing my best to be charming, then turned so I was standing next to him. I made sure I was close enough that he could sense my presence, but I didn’t want him to feel pressured. I let my gaze scan the set, taking it all in, even as I spoke to him.

“Are you gay? If I were to ask you out, say for dinner at a quiet little hole-in-the-wall, out-of-the-way restaurant that has outstanding food, would you say yes? Or would you tell me that I’m barking up the wrong tree?” I knew I wasn’t, but I thought I’d give him the easy out if he wasn’t interested in me. I was fairly certain I wasn’t wrong about that either, but I was willing to give him the option of bowing out gracefully.

He let out a small, quiet laugh. “Barking is for d-dogs, Jared. Are you a dog?”

I heard the worry underneath the question he’d tried to say jokingly. I turned quickly, and gave him my full attention so he would not miss how serious I was.

“No, Brandon,” I assured him, my voice low but utterly sincere. “I am not a dog.” 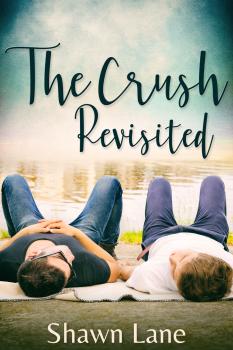 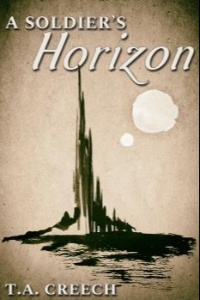 Burke and the Vampire (MM)
Edward Kendrick
In Shelf
$3.99
Tweets by
sirenbookstrand