Kayden and Bryan find a way to deal with the demons that the consultants at WCPC can’t handle.

WCPC handles all your paranormal needs. Poltergeists, ghosts, or mystical apparitions, we can help. We employ the most talented wranglers who can control even the toughest demons around. Call the consultants of Watercrest Cannon Paranormal Consultants to help. 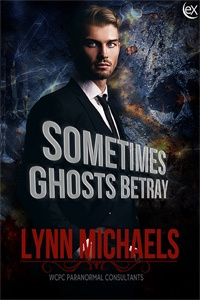 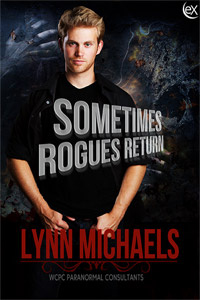 I paused at the door, listening to the crunch of the lock turning, not believing Bryan had left me alone. Again. He should have been there, should have picked me up from the hospital. This thing…this emptiness inside me…was Bryan's fault. Couldn't the man give me just an ounce of support?

I shoved the door open and dropped my duffle bag inside on the crappy linoleum floor that was supposed to look like tile, but didn't. I wouldn’t really need anything in my bag immediately. I could deal with unpacking later. I needed to relax and be happy that they’d let me go home.

“Hey, babe…” He didn’t even bother looking up at me.

Something was wrong. Off. I could tell by the tone of his voice—the way he wouldn't even glance in my direction, and maybe the overly intense concentration he gave his weapon. Clearing my throat, I asked again, “Bryan? What are you doing here?”

He stopped and set the main stock and barrel on the table before taking a long drag of a cigarette. He flicked the ashes on the floor. Bryan didn't smoke, and if he did, he wouldn't be so rude as to flip the ashes on my floor, even if it was cheap linoleum that had seen better days with stains from drinks and holes and rips from furniture being slid too roughly across it. This wasn't my Bryan.

“What the fuck? What are you doing? Bry?”

“Eating. It's breakfast, isn't it?” He snapped the final pieces of his gun in place and flipped it around, tucking the barrel into his mouth, between his sweet lips. The cigarette hung precariously between his two fingers the whole time. Those familiar lips plumped around the metal suggestively.

Too many sleepless nights and long, drawn-out days rushed over me. “Stop, stop! What the hell? Stop it, Bryan!” I grabbed his shoulders and shook him.

He laughed. Laughed like he’d just heard the funniest joke in the world—the kind of laugh that left kinks in your side. His weapon disappeared, and he hugged his ribs. Who was I looking at? Who was this?

“You're not Bryan.” I stepped back, wanting to put distance between us. My fingers where I’d touched him turned cold—numb.

“Everyone leaves, Chad,” he said, his voice husky with more rasp than it had ever had before. “Everyone leaves you! Even your precious Bryan. You don’t deserve anything else…” He pointed one long finger at me. His words hung in the air. I realized the voice was all wrong, and it creeped me the fuck out. It wasn't Bryan's voice at all, but my own, nearly an octave higher than Bryan's. The man that looked like Bryan yelled and spat. “Even the demon left you…Chad. What do you expect?”

I didn't hear the end of his tirade over my own screaming. 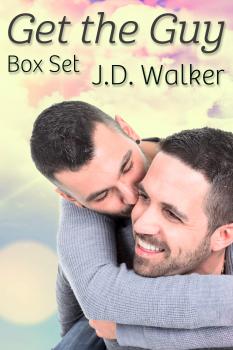 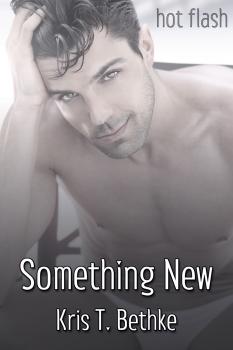