After three years of fighting in the service of his mercenary company, Eoan’s ready to lay down his sword and return home. He’s seen enough war and destruction and ruined villages; he only wants to find someplace peaceful and warm where he can figure out a new life.

But he’s a long way from home, in the pouring rain. And rumor says the forest around him contains inhuman magical creatures such as dragons, garwolves, fairies, and sprites. He should be safe if he doesn’t leave the path ... but fairies have ways of tempting weary travelers.

Julian hadn’t actually meant to entice the tired soldier from the path. He’d only been playing music for himself, and it’s been so long since he’s introduced himself to anyone, he barely recalls his own name. But now he has a human in his forest, and Eoan clearly needs care and comfort and healing.

Healing requires closeness, and Eoan’s fascinating, complicated and heart-sore and strong. And Julian’s been very lonely for a very long time. But maybe he doesn’t have to be.

He paused. Surely no minstrel troupe would be mad enough to set up on a deserted forest track mid-storm. But there it was: music. Winding through raindrops and tree-trunks, ghostly and ethereal and omnipresent as sorrow and mirth.

He turned, trying to see through sheets of water. The music stretched out coy fingertips and trailed invitation along his skin. He felt the hairs rise along his arm.

The melody beckoned. It also yearned, pleaded, coaxed. It needed something, or mourned something, or held a hole in the center like loss woven in water and silk and spider’s-web.

He said, an abrupt and weary impulse, drawn out by that line of grief like gold under the tune, “Can I help?”

The music hesitated. So did the rain, pattering to a temporary standstill. Eoan raised eyebrows. “Did you do that, whoever you are, or was it coincidence, then?”

“I would love to take the credit, but in fact the latter.” The voice materialized out of nowhere, wry and otherworldly and amused. “Can you help?”

“You sounded sad.” He was still searching. No good source. “So I’m guessing you can’t do anything about this storm? It’d be nice if you could.”

“I can try asking the closest su iyeshi. I am not a water spirit.” This time the voice sounded closer and rather bemused; Eoan spun around to find the single most beautiful creature he’d ever seen, leaning against a mossy tree-trunk, arms crossed, an antique bone flute dangling startled from one graceful hand.

Eoan forgot words. The man -- man? A fairy? A fairy, had to be, with that elemental liquid grace, with that comment about talking to water spirits – was ...

Was magical. No other term for those wide lapis-lazuli eyes, that curving mouth, sinful and inhuman. Those endless legs, a touch too elegant and elongated to be mortal, poised in careless harmony with the trees. Long silvery hair, a waterfall casually braided over one green leather-clad shoulder.

A fantasy come to life. Bewitching. And Eoan, being human, staring, was bewitched.

He took a step forward. And tripped over another tree root. The leather coat, waterlogged, tugged him down.

He didn’t fall. Unnaturally strong slim fingers caught his shoulder. Kept him upright. “Honestly, it’s hardly going to be worth abducting you if you pass out on your feet. Sit down.”

“I’m not going to -- abducting? Oh, thanks ...” He gave in and let the hands push him onto a damp log. Dimly, he registered the fact that he’d left the path. Not far -- he could stretch out a boot-toe and tap man-made wheel-ruts -- but incontrovertibly.

Eoan looked at the wine-skin. And the fairy-hand holding it. “Um.”

“Oh, really. I’m hardly going to poison you after I’ve just rescued you from the clutches of the ground. Drink it. And don’t move for a moment.”

“Um,” Eoan said again, intelligently, and took the wine-skin. The fairy-person vanished for a pair of heartbeats -- and vanished was the right word, simply melting away between one tree and the next -- and then returned, waving bread and an apple and a hunk of cheese at him. A leaf had taken up residence in that silver shimmer of hair. “Food. When was the last time you ate? And don’t look at me like that. This came from a tavern two miles ahead.”

“You stole food for me?” His gran had sworn up and down that fae existed, the Fair Folk, otherfolk who’d smile by midnight and vanish under a hill. Eoan had been entertained by those stories, in the way of a young man who loved his grandmother and who’d never seen a fairy.

He’d seen one now. One who’d stolen food for him, evidently.

The fairy retorted, “I doubt you can live on moonlight and elderflower wine. And I did pay. Was one gold noble sufficient, do you think? I could’ve left two.”

“Oh.” Water-sapphire eyes considered this for a second or two, then visibly shrugged, setting the thought aside. “Would you like the gold, then? I have more.”

“I think so.” His head was spinning, though at this point that was more to do with the overall situation and less about tiredness and hunger. “Go back to the part where you said abduction.”

“Was that not clear? You belong to me now.” 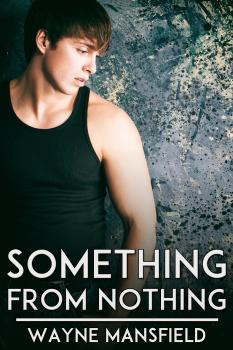