As a black belt, Tyler helps his students face their fears, but he has yet to come to terms with his own bisexuality. When he finds a new sparring partner in Jaime, an openly gay man struggling to find his place in the dojo, Tyler is surprised at how right it feels to be intertwined with him.

Determined to put his partying days behind him, Jaime returns to martial arts training and swears off one-night stands. He is finally ready to look for something more when Tyler approaches him with a request - help Tyler explore his new found sexuality. Their physical relationship intensifies in secret. It isn't long before their time together becomes about something more than just sex.

Despite their growing closeness, Tyler refuses to acknowledge their relationship in public. Now Jaime must choose between returning to his former lifestyle and falling in love with someone afraid to embrace him in front of their friends. Tyler doesn't want to lose Jaime as a student, much less as a lover, but can he overcome his fears and accept his new identity? 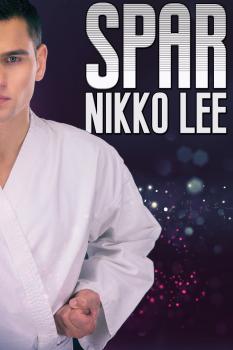 With a choke and a sputter, Jaime set down his beer and struggled to keep a straight face.

"Come again?" Jaime asked. Maybe he'd misunderstood what Sempai Tyler was getting at. Sempai Tyler's unwavering gaze was all the confirmation he needed to know he hadn't misheard. "You don't mean that. It's the breakup talking. Just give it some time, and you'll be back to your skirt-chasing self in no time."

"I know." Jaime stared at his beer with a wan smile. He had to be in a pretty bad place to be saying something so drastic. Even though Jaime had only known him for a couple of months, he had never heard or seen anything to indicate the man was anything other than a red-blooded heterosexual. "You're a good guy. The kind that's few and far between. Any woman would be lucky to find herself in your arms."

"I told you, women aren't my thing," Jaime stopped short and looked at him. Sempai Tyler couldn't mean what he just said. Jaime felt his mind freeze on the possibility of a thousand what ifs and if onlies. "You mean, literally me? In your arms?"

Jaime opened his mouth then closed it again. He made another aborted attempt at a response while he continued to stare. Leave it to him to find the one bi-curious guy to have a crush on. The unobtainable was suddenly within his reach. That was if Sempai Tyler really meant what he was saying and wasn't just having a momentary crisis. Although Jaime had never heard of someone turning gay from stress. A faint blush touched his cheeks, but he didn't look away. Sempai Tyler was being honest with him.

"I need to know." Sempai Tyler started and struggled to find his words. He ran his hand through his hair and shook his head. "I feel like I'm losing my mind."

Jaime longed to reach out and put his hand on Sempai Tyler's arm if only to ground him. The poor guy must be feeling pretty confused and lonely. Jaime felt compelled to reveal himself even though it went against his normal arm's reach distance he preferred to keep with most people.

"Would I be interested in you, if you were gay?" Jaime wanted to give him room to back out of his comment. Jaime had been wrong before about an attraction being mutual when it wasn't.

Jaime pulled back. Sempai Tyler might as well have hit him with a back fist for all the force behind his denial. It wasn't the first time he'd heard that line, even from a guy about to go down on him. The thought of Sempai Tyler on his knees pleasing Jaime lit his sense up like a pinball machine.

"But you are," Sempai Tyler said quickly without any accusation or slander. "And I trust you to help me figure this out."

Finally, Jaime was starting to understand what Sempai Tyler was looking for. His unobtainable man was still unobtainable. He was asking him for help not proposing a committed relationship. Jaime thought about Tomas and how excited he had been for the promised second date. And he still was. This thing was different. It was more like a favor for a friend. And he's only gone on one date with Tomas. Jaime struggled to see the situation from all angles before he made a decision they both would regret.

"Won't that make being in class awkward?" Jaime asked.

"Randy and Sarah hooked up while they were both students," Sempai Tyler pointed out. He scraped at the label on his beer bottle until it was coming off in shreds. "It wouldn't be the first time two people in class had more intimate associations outside of class. Besides, you said you never sleep with a guy twice. Call it an experiment. We'd never have to speak of it again."

Jaime had been in enough onetime experiments to know how to walk away. He wasn't sure if Sempai Tyler could do the same. If it went wrong, it could ruin their friendship. That, if nothing else, gave Jaime pause even if his body was ten steps ahead of him.

"If you don't feel comfortable, it's okay." He started to back pedal. "We can just pretend this conversation never happened."

"You are determined to do this aren't you?" 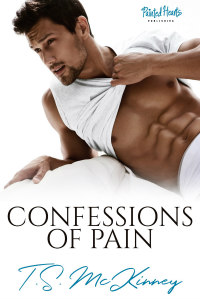 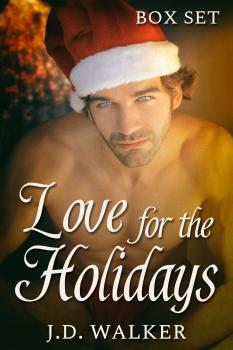 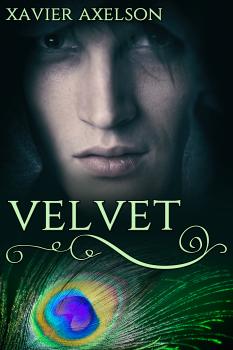 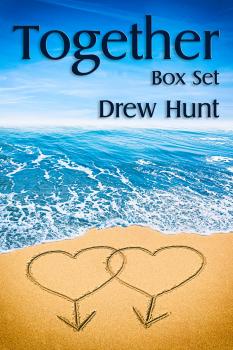 His Brand of Love (MM)
Angelique Voisen
In Shelf
$3.99 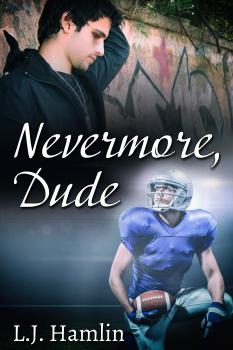