Veterinary student Naomi Price is too busy juggling part-time jobs and a full course load to have a relationship. Though she’s crushed on her client’s gorgeous owner for close to a year, their accidental night together couldn’t have come at a worse moment. With his sexual preferences fodder for countless tabloid blogs, she knows exactly how to keep this Dominant at an arm’s length. So she tells the biggest lie of her life, turns in her notice, and escapes on a vacation to Las Vegas.

At the Carnivore Club, two exhibitionists meet for a one-night stand, unaware their compatibility stretches far beyond a simple limit list. When their identities are revealed, a reluctant sub must face public spanking for her deceit, and accept several delectable wrinkles in her best-laid plans.

His breath scorched her skin. “Kiss me, and I’ll forgive you.”

She caught her lower lip between her teeth. “No. We can’t do this. Not again.”

“Why not?” He bit her neck. The stab of pain sent a shiver down her spine. “You want to.”

Catching the anger underlying his words, she recognized the punishment for what it was. He’d marked her on purpose. Angling her head so she could look into his eyes, she murmured, “Why are you…. What happened?”

He tightened his hold on her hair. “I got the email about you quitting. A bit wimpy, don’t you think?” His other hand smoothed over her torso to settle on her waist. “You even had it routed through the agency instead of telling me yourself.”

Shit. She’d given strict instructions for them to forward her notice tomorrow, when she would be on the opposite side of the country, vacationing in Las Vegas. Firming her lips to keep them from trembling, she battled with a sudden surge of guilt and regret.

She didn’t want to quit. After all, she loved Bear, and the extra money went a long way toward keeping her student loans under control. But the decision was long overdue. Nursing a crush on Luka had been fine when he’d had a fiancée, rendering him off-limits and risk-free. Even after his engagement crashed and burned, the public fallout had kept him too distracted to notice her existence.

But he’d bounced back these past months, and their physical chemistry seemed on the verge of escalating to a more permanent arrangement. The moment he found out she shared his lifestyle, her hopes of keeping him at an arm’s length would turn to dust.
Why did she have to snag a drop-dead gorgeous Dom as a client?

With a nudge on her hip, he spun her around. Fear skittered down her back as he caught her chin and forced her to meet his gaze. “Why won’t you work for me anymore?”

Her breath hitched. “I…. Umm…. My course work’s a bit overwhelming, and finals are coming up. I need to cut back—”

He placed his index finger over her lip. “Don’t lie, Naomi. Did you quit because of what happened last Friday?”

She swallowed the lump in her throat. “I had a lot of reasons.” Falling into bed with him might top the list, but she saw no benefit in elaborating. “I should get going. My flight is in a few hours.”

His brows drew together. “Why are you running from this?” Though the volume remained consistent, his voice deepened. Shortened syllables gave his gruff question a menacing edge.

Since her knees threatened to give, she leaned on the glass. “How about the classic reason? I’m not interested in you.” 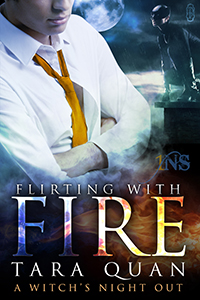 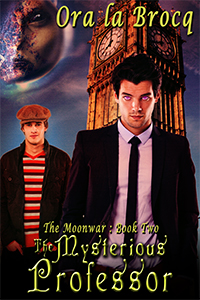 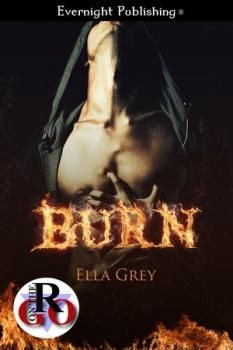