Submitting to Their Laird (MMM)

Tales of the Highwaymen 4

Two handsome masked men have haunted Benjamin’s dreams for months. When he attends the king’s wedding and meets Theodore and Nicholas, he’s sure his dreams are about to come true. Despite their attraction to him, the two highwaymen prove reluctant to upend their lives simply to take a chance on the mysterious dreams Benjamin has been having. But a mission from the king gives Benjamin a chance to convince them, and he’s going to do all in his power to make both these men his.

Submitting to Their Laird (MMM)

Tales of the Highwaymen 4

The king began to lead them out, but then he stopped and turned to Theodore. “I do want you three to head off right away.” He pointed to Benjamin. “Take him home with you tonight. Then you and Nicholas can prepare in the morning, and you can all leave from town and get a better start tomorrow. The other lairds will stay on until the end of the week, so there might be less chaos if you get Benjamin out of the castle this evening. If you leave after an early lunch, you’ll arrive by the following evening easily.”

Aloysius had blurted all of that out so quickly that Theodore grew suspicious. The man might be his cousin, but he was now married to Maeva, who had a way of persuading people to help her orchestrate events to her liking. However, he stood before his king with an honored guest awaiting his reaction, so he nodded.

“That does sound like a prudent plan,” Theodore said, not missing the way Benjamin eyed him. “I’ll help him pack and send for Nicholas.”

“Oh, stay a bit. The party can’t be winding down yet.”

“I believe everyone was moving out to the gardens,” Benjamin said. “I can see them out there now.”

Aloysius moved to look outside. “So they have.” He straightened his waistcoat and walked toward the glass doors that led to the garden. “You two do as you like. I shall tell Nicholas where you are.”

Theodore hoped Nicholas would be close at hand. He didn’t want to be alone with Benjamin too long, though he did want a moment to set the record straight with him. “Thank you, Your Majesty. We’ll carry on then.”

“I travel light, so we won’t be long,” Benjamin said as they walked down the hallway. “And the night is still young.”

“Please get it out of your system now. My lover can be sensitive at times. I don’t want him to get jealous. Or worse, actually think he has reason to be jealous.”

Benjamin smiled. “As I already said, I’ve no intention of excluding him. I simply haven’t had a chance to flirt with him yet.”

Theodore stopped and rounded on Benjamin. “That will make me jealous, and I am not a pleasant man when I feel threatened.”

“But you are sexy when you’re angry.” Benjamin dropped the leather folder to the floor. He pushed Theodore to the wall and raised his hands above his head, intertwining their fingers.

Theodore froze. When Nicholas had still been cursed, he’d pinned Theodore to the wall in this exact way, right down to the interlocked fingers. Heat rolled off the man pressing close to him, and Theodore couldn’t look away from those blue eyes.

You have the most beautiful blue eyes. The words echoed in Theodore’s head. That had been the first compliment Nicholas had ever paid him. The fact he couldn’t stop thinking about his lover pushed him to struggle, but that only made Benjamin press closer. Through the layers of his plaid, Theodore could feel the laird’s large cock, hard and ready.

Benjamin leaned in and kissed Theodore full on the mouth. The laird smelled of musk and sage, and his muscles rippled as he deepened the kiss. Even through two layers of clothing, Theodore could feel the power of them. Theodore couldn’t help surrendering to the man’s forceful mouth and invading tongue. Benjamin sighed as he pulled back and buried his face in Theodore’s hair, taking a deep breath.

“Yes, Nicholas likes it.” Theodore wanted the man off him. He could feel his own cock responding, and in his tight breeches, he’d never be able to hide it.

“I dreamt of you, both of you. Masked men, one fair and one dark. I’d wake with an aching cock and a need my own hand simply couldn’t satisfy.”

“It was just a dream,” Theodore said, his voice shaking. He tried to get free again, but Benjamin held firm.

“A dream I’ve had over a dozen times.” He released Theodore and straightened his plaid and belt, his gaze flicking down to the erection Theodore knew was visible through his breeches. “I can pack on my own and find you well enough. Go find your lover and take care of that.” He paused and smiled as he retrieved the folder from the floor. “Unless you’d prefer my help.”

Theodore nodded curtly and fled, not trusting himself at all. He touched his swollen lips, hoping Nicholas wouldn’t notice. His heart had belonged to Nicholas since the very first touch, the one that had begun to unravel Nicholas’s curse and had given him his physical body back. It pained Theodore to realize a stranger had just stirred those same feelings within him. He needed the reassurance of Nicholas’s arms to give him the courage to confess what had just happened.

Theodore could never love anyone but Nicholas, and Benjamin would simply have to accept that. 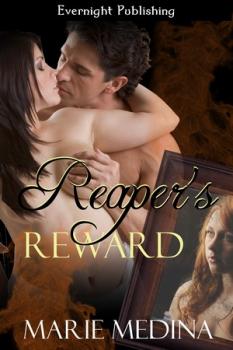 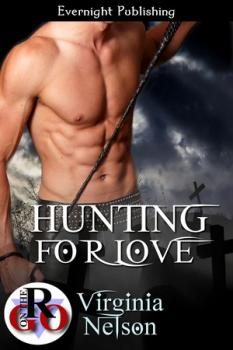