Tandy has never fit in with the others at the North Pole, whether it's his size or love for computers. But he wants to contribute to the mission of making the world's children happy. Every elf does. Taking time away from his baby - a new process for the Nice and Naughty lists - to do the yearly census on the Isle of Misfit Toys just doesn't fit into his schedule.

It seemed like every time El turned around, there was another elf getting under foot for a census. Did the elves think that toys just disappeared from the Isle? And those that arrived were accounted for before they arrived. All El wanted at this point in his life was to become a baker at the North Pole. He'd had the love of a child already and Jack Frost did it hurt when he was no longer in his heart. Maybe if he avoided the elf this year, they'd just leave him to his cookies.

Can the magic of the holidays bring these two together? El and Tandy both need help healing and isn't Christmas the season of miracles? 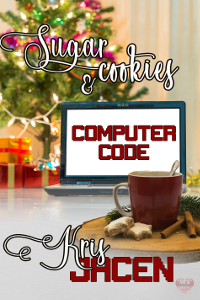 Cream butter and sugar, add flour and vanilla. Place dough on cookie sheet. Cut into rectangles and spread out to give a little room.

Remove from baking sheet, cool 10-15 minutes. Dip half of each cookie into melted chocolate. Chill to set chocolate.

"For Santa's sake! You want me to do what?" Tandy paced back and forth in front of the desk of the Head Elf's, who just happened to be his father. "Dad, you know I'm not the most diplomatic of the elves. Why would you send me to do a census? Of the Misfit Isle? Yeah, not the best one to choose."

Tandy stopped pacing and turned to his father. To look at the two of them, when they were sitting at least, they were the spitting image of each other. Blond hair, brown eyes, slightly pointed ears, but that's where the similarities stopped. His father was a typical elf, didn't even come up to five feet and only maybe eighty pounds. Whereas Tandy topped out at almost five foot seven and a whopping one hundred forty pounds, which made him a giant in his family.

"Last time I sent your sister, and Scarlett wasn't the most accurate," his father replied.

"So you think there are fifteen Jack-in-the-Boxes, twenty-two monkeys, four zebras, and one hundred flat balls on the Isle?"

"One hundred? And what about the teddy bears and dolls?" Tandy knew asking the question was setting himself up for a trip to the Isle when he really wanted to just lock himself in his corner office with his computers. Uncle Kris was letting him take a crack at reprogramming how the Nice and Naughty lists were compiled. They hadn't been updated in decades, and he was positive that if he--

"Tandy! Are you listening?"

"Not the time for that. I need an accurate census for the Isle, and I'm sending you." Tandy didn't think his dad was going to budge this time. Sucked having the COE, Chief Operating Elf, as a parent. "Now say 'yes, Dad' and deal."

"Yes, Dad. When am I leaving, and when is the census due?" Tandy figured he could put it off to the last minute and get back to his program. There was something bothering him about the code in the Eastern European section.

"You're leaving tomorrow, and I need it done in the next two weeks. We're starting the adoption process for the misfits, and we need to know what can be allocated this year. Also, your mother expects you for dinner tonight, so go to your loft, pack, and head to the house. She was saying something about making your favorite tonight."

"Tomorrow? But the Lists! I've got to get the bugs out so they can be used this year."

"I spoke with Kris, and we'll use the data process from years past, one last time, giving you the time to do the census and then have your program ready to start collecting data in January...after our rush."

His dad got up and walked around his desk, stopping in front of Tandy. He reached up and pulled Tandy's head down, leaning his forehead against Tandy's.

"Son, I know you're almost there, but you've been killing yourself in your office for months. Christmas is in three and a half months. You need the time to do your thing without the stress of a deadline. Kris and I know that when you're done, it's going to take so much work off of the elves in the ops center. You've never fit in with the others, whether it's your size or love of computers. I know it's important to you to contribute. This year, we're asking you to help by doing the census for us. There are so many misfits that just want to have a child love them, even those that shift."

Tandy gave a big sigh as he gave in. "I know, Dad. I'll go pack and get ready to leave. Those misfits deserve love, too."

"Thank you, Tandy. The little break from your computer will give you fresh eyes, too."

"Full census done in two weeks. How hard could that be? It'll be done in time for the adoption lottery, I promise."

"I have faith you'll get it done...without one hundred flat balls."

Tandy strolled out of the office to the sound of his father's chuckles. What had his sister been thinking?

Another census? Sugar boo-boos! There were more important things to deal with on the Isle. Every time El--don't call him Elmer-- turned around, another elf was here from the North Pole to disrupt everyone's schedule and get their hopes up again. El was so tired of watching his friends get so worked up over whether they'd make the adoption list year after year. It was draining. Yes, they all wanted to be loved by a child, but somehow, they'd all forgotten the hurt and pain when that love went away.

But not El. He remembered every blessed time he shifted. Ethan had named him, had loved the stuffing out of him...literally. He'd squished El so many times, now he was thin and lanky when he shifted. No more round and cuddly. Ethan had loved him so much until that sleepover where the nasty boy picked on Ethan for still having a teddy bear. El so wanted to shift and punch that bug of a boy, but it wasn't allowed. The pain he'd heard in Ethan's voice and saw in his tears, had hurt El so much that he couldn't even stand hearing his full name. Ethan had been so embarrassed, he'd taken El to his mother and told her to donate 'the teddy bear.' He hadn't even used El's name at the end.

El snapped himself out of his memories. He didn't have time to give into the self-pity. El sniffed the air; by the scent, his new cookies should be ready to be dipped in ganache soon. Just as he turned to head into his kitchen again, El noticed an envelope under his door. Picking it up, he opened it as he walked.

'From the Royal Court of King Moonracer'

El shook his head at that opening. Obviously, Jer-Jer wrote this missive. There is no way Moon read this before it was distributed, never mind having written it himself. He wasn't the type to hold "court." He was more laid back after so many years. Jer-Jer--okay, El was figgin' with Jeremiah the Jester with the nickname, but who could blame him? Jeremiah was the most uptight jester anyone had ever met, hence his relocation to the Isle. Prank on the kid who threw Jeremiah to the pile. Jer-Jer had landed exactly where he should be. He did amazing things to keep Moon on schedule. El looked back at the note.

'As it is well-known that the census needs to be kept as up-to-date as possible to facilitate the placement of as many misfits as possible, all citizens of the Isle shall make themselves available to the elf arriving to complete this year's count. The previous census was not taken as seriously as should be by all--there are not one hundred flat balls on the Isle--and should be treated with the utmost importance. The numbers of residents on the Isle has been increasing--'

He had to stop reading. El felt sorry for those toys that he'd shown up over the years. Everyone needed some love, but right now? El needed all his concentration to make THE MOST DELICIOIUS COOKIE EVER. Yes, the phrase was in all caps even in his thoughts. El knew he was strange for it. But if he ever wanted--

A ringing broke into his inner monologue and made El run to the kitchen. He made it just in time to rescue his shortbread from getting overcooked.

Soon, El was so engrossed in his baking, he totally forgot about the note. 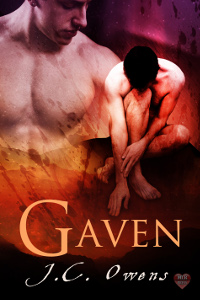 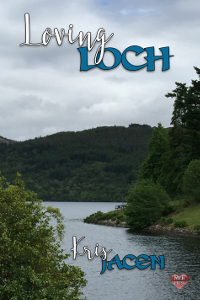 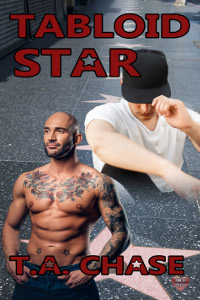 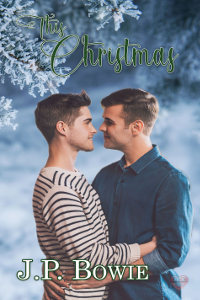 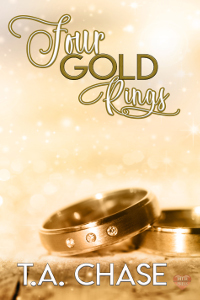 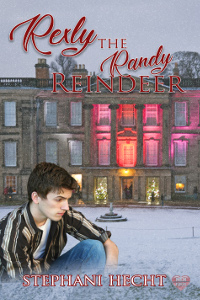 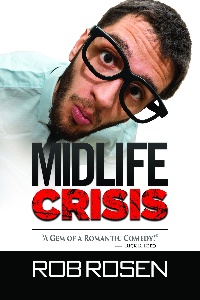