Professional book critic Parker Rexx leads a mundane life in Pittsburgh. The only excitement he really has these days is his faltering relationship with boyfriend Kasey Lowman. Lately Kasey hasn't been paying attention to Parker, beginning the end of their romance.

Summer days are looking up for Parker ever since sexy cattle rancher Jobe Rider arrives. He’s staying through the end of August as he cares for his aged grandfather. Suddenly Parker’s life becomes very interesting.

Truth is, Parker can't stop watching the summer cowboy. As his relationship with Kasey crumbles, a fresh one flourishes with Jobe. Soon the two become heated lovers. Unfortunately, August is coming to a quick end. Will Parker be able to keep Jobe, or will he be forced to give up his summer cowboy? 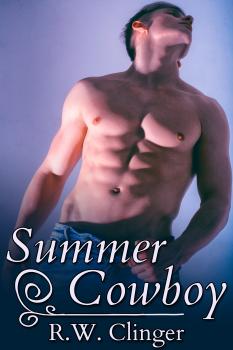 Jobe Rider, the summer cowboy who’s staying across the street during August, breaks our conversation. Silence follows, growing between us. The rancher pulls up in his burnt orange, four-door Ranger truck and parks in front of Harold’s Tudor. The Ford has dents all over its doors, severely rusted in many places. How Jobe manages to drive it from Stockton County, Oklahoma to Pittsburgh, is beyond my thinking. The muscular man climbs out of the truck in a too-tight T-shirt the color of the sky and skinny jeans. He holds two plastic bags of groceries from a quick trip to the local market. Eggs, bread, milk, and other provisions are in the almost-transparent bags.

Both Umby and I watch him close the driver’s side door of his truck. Jobe, as if he knows we’re watching him, turns to us, and calls out in his country drawl, “Gentleman, how’s it going?

The bulge in his denim-covered crouch attracts me: plump and long, porn-stuff. Probably just as big as Gage Marsden’s. I can’t stop looking at the thing.

He’s right. The silver buckle is shaped like the state of Oklahoma: six inches long, three inches wide. It’s huge. A cowboy riding a bull is embossed on its metal surface.

He’s right again. On both accounts. Jobe has muscular and meaty thighs, which whet my appetite. And, the cowboy is a god.

He waves at the cowboy. “I would cheat on Craig in a fucking second if the summer cowboy seduced me,” he teases.

I wave at the cowboy: upraised right arm, flick of wrist. Maybe the wave is too feminine. Damn. “Umby, you’re faithful until your end. I know this about you.”

Jobe places the two bags of groceries in the truck’s shade, semi-beneath the driver’s door. He steps crosses the sidewalk and steps up to our twosome. He tips his cream-colored Stetson cowboy hat, proving that he’s a gentleman. “It’s damn hot today boys.”

I about die when he pulls his T-shirt off. Things happen between my legs that shouldn’t happen on a summer afternoon.

I die and go to heaven. Jobe Rider is some kind of beautiful angel who has been dropped out of the clouds for my use personal.

“Feels like back home,” Jobe replies, holding his balled up shirt in his left hand.

I offer him a beer during my eye-opening study of his bare skin: a plane of V-shaped and sculpted chest, its two large nipples, big pecs, and the narrow trail of blond hair that steers southward bound beneath his navel. Huge belt buckle again. Brown leather belt. Snug jeans. Size eleven cowboy boots. Simply delicious all over. Everything a summer cowboy should be made of on Shelton Street.

He shakes his head. “Don’t really like to drink on hot days like this. Doesn’t do me well. I get a little tipsy too fast.”

I think I can do him well.

“You work hard, Umby. Thanks for all your help,” the cowboy says. He raises a bicep-inflated arm and massive hand to his Stetson. Again, he provides a hat-tip.

Perspiration forms on the cowboy’s chin, neck, shoulders, and pecs. His hairless chest shines with the heat. He tells me, “Maybe after it gets dark and cools down a little, I’ll stroll over her for a beer.”

“I like that you’re inviting yourself here,” I tell him. “It means I’m not a threat to you.”

Jobe winks at me.

Umby possibly becomes uncomfortable. He clears his throat and says, “I should be getting home to my husband.”

Jobe says, “I want to meet him one of these days.”

I admit, “I’ll should have a barbecue for all of us. Maybe next week.”

Umby rises from the step with his empty beer bottle. He passes the bottle to me, doesn’t take his eyes off the visiting cowboy, and says, “Yeah, perfect. In all the right ways.”

I know Umby’s being a bit raw. He passes Jobe and heads across the street.

“I need to get the groceries in the house,” Jobe says, nods a goodbye. “They’re sitting in the heat, which isn’t good for them.” He spins on his cowboy heels and follows Umby.

Before I know it, I’m alone on the stoop, staring at Jobe’s denim-covered ass as he walks away, heading back across Shelton. His bottom is like a shelf: bulbous, high, and firm. One of the nicest asses I have ever seen. I lick my lips. I feel hard between my legs, obviously excited about the man. Damn, is he good looking. My type. 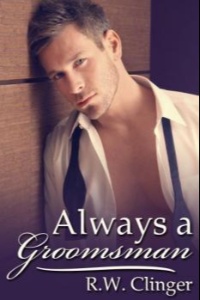 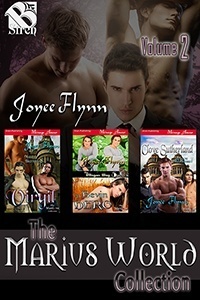 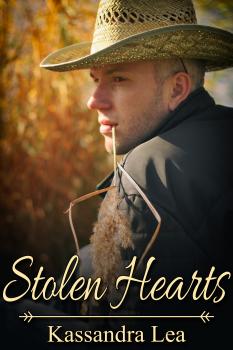